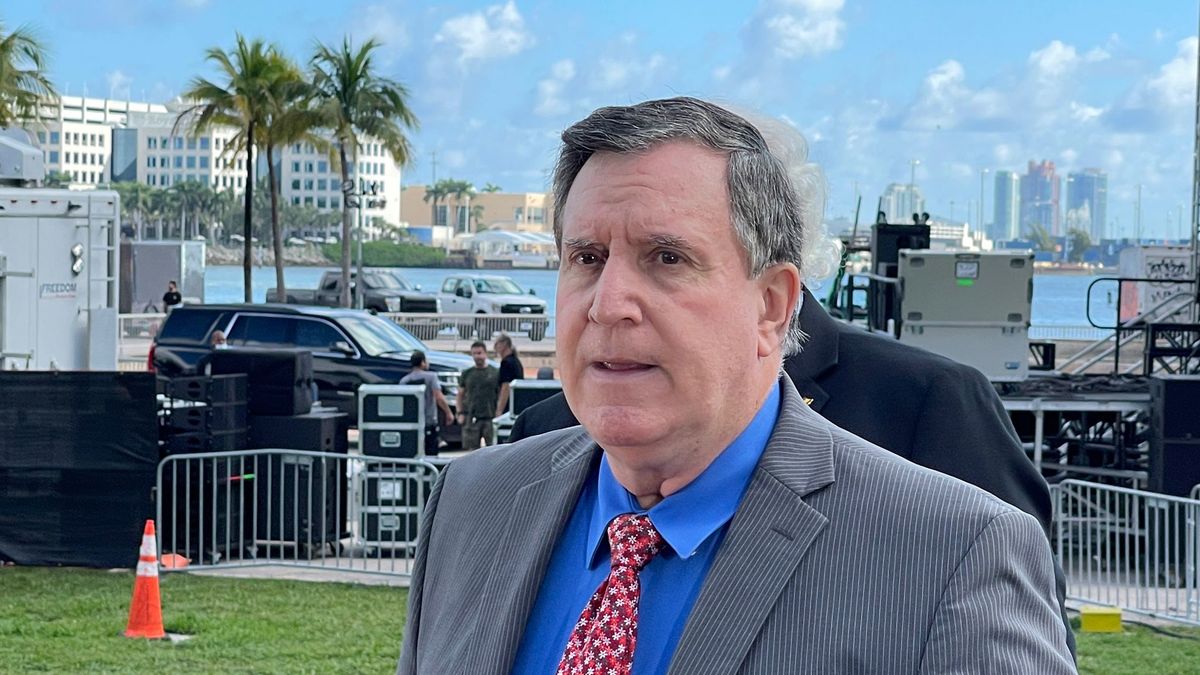 “It will also be the first time that we have been able to bring together such good Latin artists from different eras on the same stage, from the first who arrived in exile, such as Willy Chirino, those who came in between years, such as Los tres de la Habana, and those who They arrived later, as Gente de Zona, Yotuel, Jackal and others, “he said.

“On this historic night all together will sing to Miami, Cuba and the whole world. The Cubans inside the island will be able to see that the one who divides us is the dictatorship. All generations of singers here united will launch that message that the Cuban people will receive live ”, he stressed.

The great New Year’s Eve concert at Bayfront Park will also be broadcast on Americatevé, Channel 41, the YouTube channel of the City of Miami, as well as the portal DIARIOLASAMÉRICAS.com, and “they will be able to follow it, not only from other states of the nation, but from other countries of the world.”

For your part, Alvaro Alba, on behalf of Radio Martí, said that this medium will carry the voice of these popular singers on the island and icons of Cuban culture, who have been inserted in the history of Cuba with their songs, in politics. and in the aspirations of the Cubans.

“This concert will be a means of escape from the problems that Cubans face every day. There will be six hours of entertainment with the artists who have put the name of the island at the top here in the US ”, he anticipated.

The broadcast can also be seen on all Radio Martí platforms and will be repeated next Saturday for those who cannot enjoy it live.

Tomas Regalado (Jr.), corporate vice president of Spanish Broadcasting System -SBS-, indicated that when commissioner Carollo told him about the idea, he told him that SBS was committed to helping. “So we did. We will have here DJ Yuss, Ritmo 95’s programming director, and Franjio, to show our commitment to the freedom not only of Cuba, but also of Venezuela. “

SBS is one of the largest communication companies in the US, representing more than 300 radio, television and internet stations, among which is Ritmo 95 Cubatón and more.

For his part, Carlos Vasallo, president of América Tevé, stated that “only three cities have the capacity to do a concert of this magnitude: New York, Los Angeles and Miami. This will be a great six-hour show of continuous music.”

“Tomorrow everything will work, the fireworks, the orange, and we have the best artists in the history of Latin music in South Florida,” said Vasallo.

“While the dictator Maduro prevented Nacho from singing in Venezuela, this famous interpreter is arriving at the Miami airport and he is going to sing here. Venezuela will hear him sing from Miami. ”, Indicated Carollo.

The public will be able to enjoy songs like Our day (it’s coming) by Willy Chirino, Homeland and Life, with Yotuel, If you don’t come back by Gente de Zona, Until the boardwalk dries up by Jacob Forever, You’re in my head from Nacho, Cold drop by Aymeé Nuviola, or Thinking of you, played by the Jackal. They will also sing Los tres de la Habana, Lena and Malena Burke, the singer-songwriter Amaury Gutiérrez, as well as Carlos Oliva and Los nieces del Juez.

At 11:59 a.m., the countdown will take place to receive the New Year, while “Big Orange” ascends, the big orange with glasses that traditionally climbs the façade of the Intercontinental Hotel and indicates the arrival of the New Year.

“Much was said about the orange. It was said that we were going to have to suspend because it was not going to work. Those media forgot that we are in a technological city. This year our orange will be projected with laser beams. Yes it will go up, thanks to new technologies ”, assured Carollo.

Throughout the area there will be 15 stations where the public can wash their hands. In addition, masks will be distributed for those who may need them.

Manny Morales, Miami’s Acting Police Chief, stressed that a very robust security plan has been put in place to avoid any incidents. He recommended to people who do not feel safe participating in a large event to stay at home. “They can enjoy it on television.” Those who decide to attend “should come early and be patient because there will be traffic congestion due to the number of people expected to participate in the event.” He urged residents to come by public transport or taxis.

The concert will end at 12:30 pm with a great fireworks display.