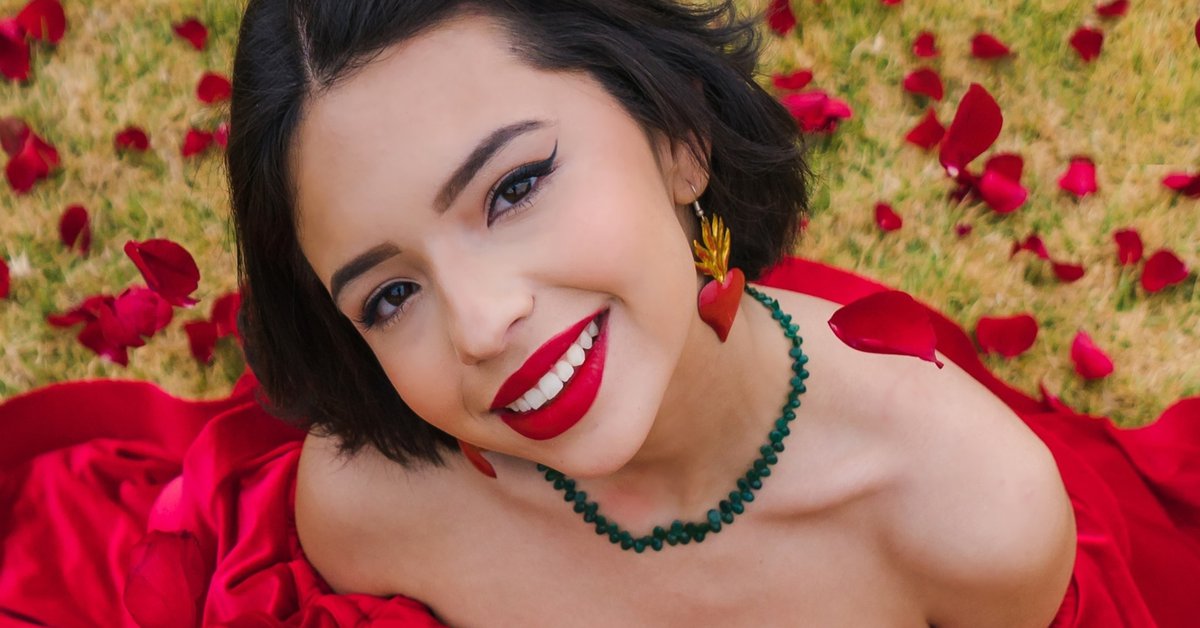 Angela Aguilar he captivated with his presence and interpretation in the delivery of the “Special Awards” of the Latin Grammy 2021. Pepe Aguilar’s daughter wore a spectacular blue dress that marked her tight waist and delighted those present with Ligia Elena, A song of Rubén Blades.

During the late night of last Wednesday, a special gala was held with which the 2021 Latin Grammy awards ceremony was inaugurated in Las Vegas, Nevada. In this first event, the honorees were great figures from the music industry, such as Emmanuel, Fito Páez, Joaquín Sabina, Gilberto Santa Rosa and Rubén Blades, being the latter who was honored as “Person of the year”.

The 18-year-old singer attended the prestigious event with an incredible turquoise blue dress with orange feathers, with which she quickly attracted attention, as the garment brought out the tiny waist that characterizes the member of the Aguilar dynasty.

Design is a creation Diego Medel. Through his Instagram account, the Mexican designer published a couple of photographs of the singer on stage, images with which she showed off her dress and highlighted the unique shine that Angela Aguilar gave her with her spectacular figure.

The dress was characterized by being a mermaid cut, that is, it is tight to the body up to the height of the legs, where a flared skirt variably stands out. In this specific case, the width of the garment was given to the middle of the singer’s limbs.

The neckline was sweetheart cut, top line that follows the natural shape of the female bust. Ángela Aguilar has already worn similar clothes, but this time, the dress also had thick straps that framed her chest. In the same area, he highlighted an orange embroidery that started from the interpreter’s belly to her shoulder, where feathers of the same tone stood out.

From her Instagram profile, Pepe Aguilar’s daughter shared, with her more than 7 million followers on the platform, a photograph that was taken in front of a mirror that was in a dressing room of the venue. The 18-year-old singer accompanied the image with a message in which she thanked the opportunity she had to be a participant in a tribute in life that the Latin Recording Academy did to Rubén Blades.

“Ligia Elena…a true honor to sing such an iconic song by maestro Rubén Blades on his special day. Thanks to the Latin Grammys for another opportunity full of love, “he wrote.

And it is that Ángela Aguilar was one of the artists who was part of the musical numbers that were presented at night in honor of the famous Panamanian singer-songwriter. The granddaughter of Antonio Aguilar and Flor Silvestre played Ligia Elena, an iconic song that came out in 1978.

Both the fans of the Mexican regional singer and other figures in the middle, praised Ángela Aguilar for her look and her interpretation: “How beautiful you sang my beautiful girl!”, Wrote Lili Estefan in the comment box.

Danna Paola was also impressed with the spectacular talent of Ángela Aguilar and from her Instagram stories she shared a photo that she took of the interpreter of There where they see me: “Precious”He wrote on the postcard.

In addition to Aguilar, other singers performed the singer-songwriter’s hits, among which were: Christina Aguilera, Carlos Vives, Marc Anthony, Diego Torres, Oscar D´León and Eduardo Cabra.

The 33 thousand peso shoes with which Ángela Aguilar surprised at the Radio Awards
Latin Grammy 2021: nominees, schedule and where to see the most important ceremony in Latin music live
Latin Grammy 2021: Emmanuel was the Mexican who received the “Award for Musical Excellence”