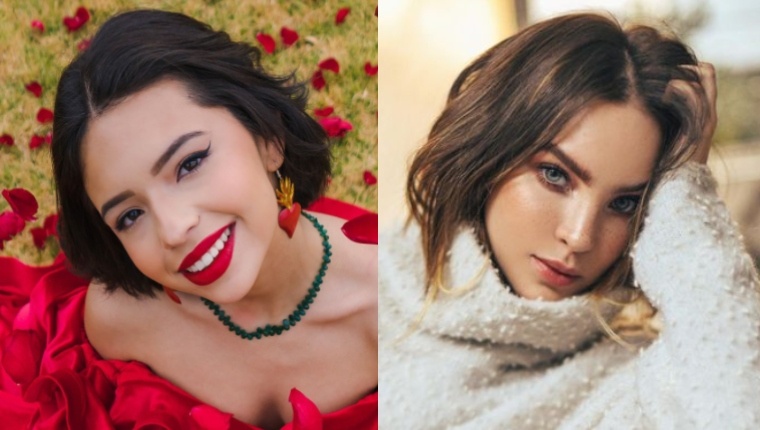 Angela Aguilar is one of the most recognized and popular artists in Mexico despite their young agesince from a very young age she began her career at the hands of her father, the singer Pepe Aguilar.

Despite his great talent, some of the 18-year-old singer’s songs have been written by other artists and many of them were not planned to be interpreted by Ángela Aguilar but by another singer of similar recognition or even more experience.

This situation was reflected in one of Ángela Aguilar’s best-known songs, which was composed by Ana Bárbara and was intended to be performed by one of the most popular Mexican singers of the time: Belinda.

However, although the talks to make this song official were advanced, finally the collaboration between Ana Bárbara and Belinda did not happen and the song passed into the hands of Pepe Aguilar’s daughter.

Also read: Ángela Aguilar: what are the reasons why the singer left Mexico (and the photograph that proves it)

Ángela Aguilar took over the song is actually and the theme was officially released in 2021, becoming an instant success.

Similarly, the video of this song written by Ana Bárbara has more than 56 million views on YouTubebeing one of the artist’s most played songs on this digital platform.

Read more: Belinda: what is the only photograph of Christian Nodal that the artist still keeps after their separation

So far, the exact reason why Belinda refused to perform the song created by Ana Bárbara is not known, but There are versions that ensure that the father of the interpreter of Beautiful betrayal wanted to make some changes to the melody to suit her daughter’s style, situation that made both artists uncomfortable.

However, neither Belinda nor Ana Bárbara have stated the reason why an agreement to record this song could not be closedwhich became a success in the voice of Ángela Aguilar.

Ángela Aguilar: what was the song that Belinda rejected and was made a hit by the young singer (and the reasons for this decision)