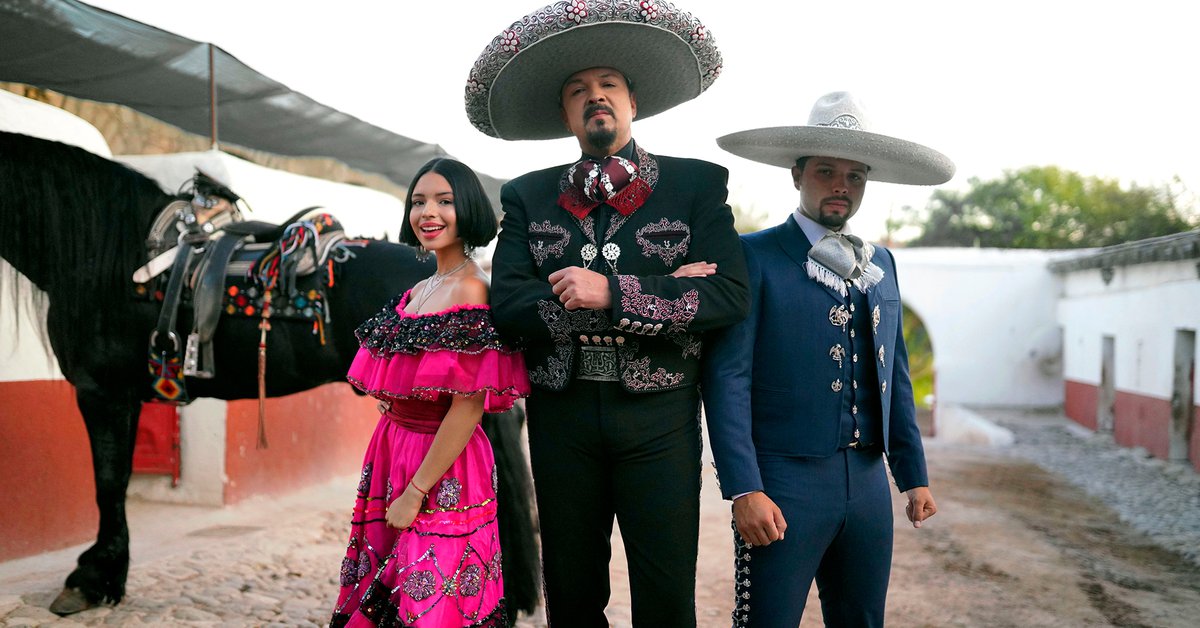 The Aguilar family, headed by Pepe Aguilar, announced that this September 15 will offer a free concert for all their fans on social networks, on the occasion of the commemoration of the start of the Mexico’s independence.

This Tuesday, the interpreter of Trafficker surprised his followers with spectacular news, as the son of José Antonio Aguilar and Wild Flower He decided to delight his Mexican audience with a special presentation with his children Ángela Aguilar and Leonardo Aguilar.

According to the cartel that Pepe Aguilar published on his wall of Facebook, the concert will take place the night of this Wednesday, September 15 at 9:30 p.m. and it will be broadcast from your profile on said platform.

To access the event it is not necessary to purchase a ticket, as it will be a free concert with which the three singers will celebrate the Mexican night with their fans and will perform their hits as well as iconic songs from the national musical culture.

Pepe Aguilar extended his invitation to all the followers he has on social networks. With a brief message, the singer assured that the presentation will be full of surprises and the Mexican public will be able to hear him sing along with his children.

“Friends, tomorrow we will be celebrating Mexico with “The Aguilar ” with a special show, here in Facebook, Ready? “the singer wrote in his post.

Angela Aguilar and Leonardo Aguilar they also shared the message through their stories of InstagramTherefore, the surprise event is expected to be seen by more than 10,000 users.

It was on September 27, 1821 when the Trigarante Army entered Mexico City, symbolically marking the end of the struggle and the beginning of a new country.

For a few days, the members of the Aguilar Dynasty have been traveling through the United States on the occasion of their tour Jaripeo without borders. The spectacular live show inspired by the traditional jaripeo with a fusion of mythological characters belonging to Mexican culture.

The presentations began last Friday, September 3 at the Honda Center from California, an event that meant the return of Pepe, Leonardo and Angela Aguilar to the stage, as none of the three singer had offered live shows due to restrictions due to the coronavirus pandemic.

From his Instagram account, the interpreter of For women like you He gave a taste of what can be enjoyed in the spectacular show that he is offering with his children in different states of the North American country.

“That a concept of band and mariachi, of horses and charro costumes, of family and traditions, fill the places in this way in the XXI century, is a source of tremendous pride and also infinite thanks for so much affection”, He placed in his publication

The Aguilar family had already offered a series of concerts in Mexico under the same name, but this time they decided to renew the show, making it bigger and more striking, as they included Mesoamerican deities such as “Quetzalcoatl”In order to remember the origins of the national culture.

On Jaripeo without borders Attendees can enjoy the most successful songs by Pepe Aguilar, the new songs by Ángela Aguilar such as Where they see me, actually O Tell me how you want while the Leonardo joins them to perform Mexican folk songs.

The Aguilar Dynasty will offer 19 dates across the United States starting in Anaheim and ending in San José, California.

“Even if it’s my son”: these are the impositions of Pepe Aguilar gives Emiliano to work together
“Shut up you”: for this reason Pepe Aguilar scolded Ángela Aguilar live
“You only loved me for a while”: Angela Aguilar’s mysterious romantic message