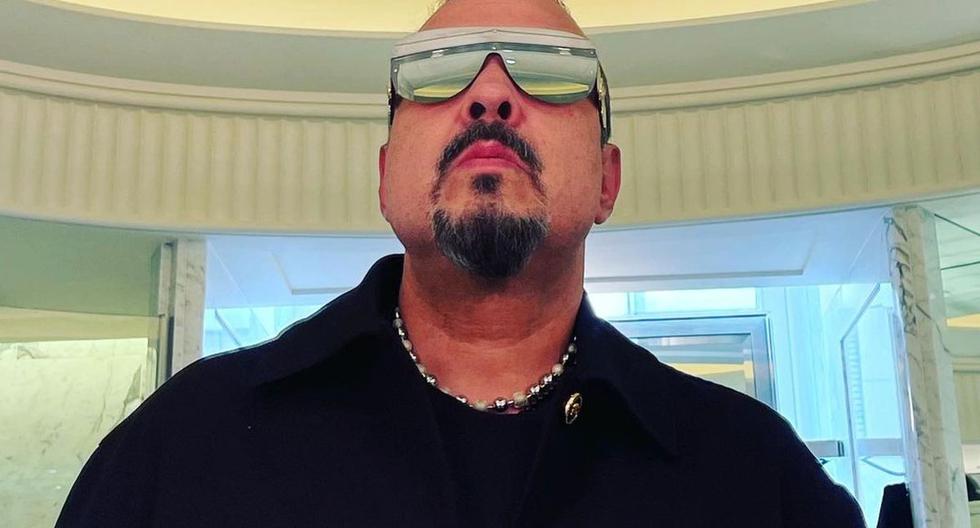 Gussy Lau Y Angela Aguilar They are on everyone’s lips after learning that they have been dating since the middle of last March, according to the statements of the composer, who has made songs for Christian Nodal, “Grupo Firme” and his now girlfriend, among others. However, it was learned that the last song performed by Angela’s father, Pepe Aguilaris a composition by Lau, whose lyrics would have an indirect message.

MORE INFORMATION: Who leaked the photos of Ángela Aguilar with Gussy Lau?

Once the media bomb of Aguilar and Lau’s courtship exploded, the aguilar family He traveled to Paris, on a vacation already planned in advance, but which also serves for the youngest of the family clan to relax from all the pressure and siege received in recent days, and which he left in evidence in the video he published on his Instagram story in which he points out that he felt “violated” for the invasion of your privacy.

Despite this, in Mexico there is still a lot of talk about the details of the courtship between Lau and Angela and since when are they throwing waves, since more than one has begun to doubt that the relationship began a few weeks ago, as Gussy declared. In this search, the different works that Lau has done with several other composers, including his girlfriend, have been found.

WHAT SONGS HAS GUSSY LAU COMPOSED WITH ÁNGELA AGUILAR?

According to the records of the Society of Authors and Composers of Mexico, which can be consulted on the Internet, Gussy Lau, whose real name is René Humberto Lau Ibarra, has at least 65 works, some of them with Ángela Aguilar.

“There where they see me”, a song that Ángela performs and that is included in the singer’s most recent album, ‘Mexicana Enamorada’, was composed by the couple. Another theme, according to information from YouTube Music, is “Se disguised”, included in the same album.

In the same records of the Society of Authors and Composers of Mexico, it was found that Gussy Lau He recently worked on a song performed by Ángela’s father, Pepe Aguilar: “Let them say what they say”. This theme was also elaborated with the participation of Max Cantú, Angélica Gallegos and José Esparza.

“Yesterday you asked me

what were we going to do

And I didn’t give you an answer

I’ve thought about it enough and I have a proposal for you.

Why don’t we love each other without thinking about the consequences?

Pray the beginning of the song. Will it be a hint to what the 33-year-old author and the 18-year-old singer live?

The concrete thing is that this is the song that Pepe Aguilar promotes these days, even from his social networks while in France, where he has traveled with his whole family. According to the Aztec press, it is not known exactly when the Aguilar family will return from Europe.

Could this composition by Lau for Pepe Aguilar have been the last? The Mexican media assure that the composer has been formally working with the Aguilars since March 2021, but they are not sure if he will continue to do so.

Ángela Aguilar: “Let them say what they say”, the song that Gussy Lau composed for Pepe Aguilar