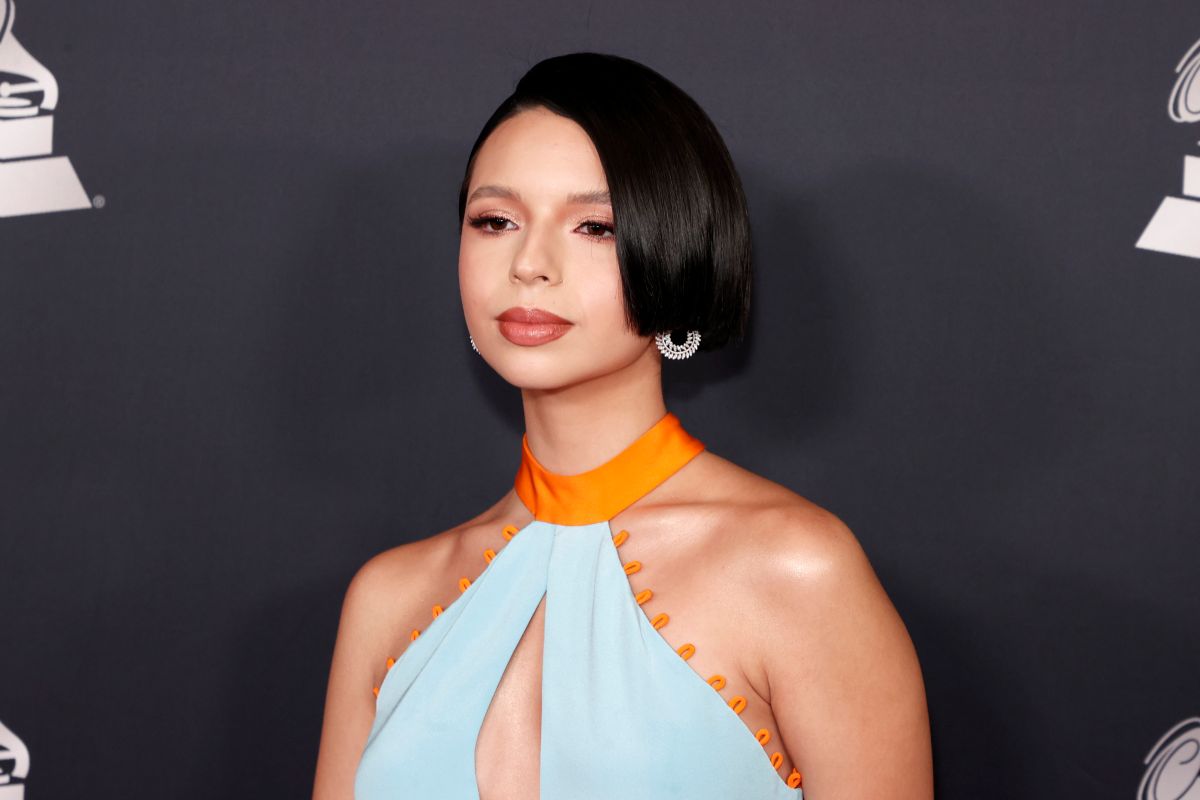 Angela Aguilar shared a video on Instagram. Pepe Aguilar’s daughter broke the silence and has spoken openly about the leaking of some photographs in which she appears very affectionate with Gussy Lau. 33-year-old composer who is part of her father’s work team, who recently confirmed her romance with the singer and also asserted that her father supports them.

In the video Angela admits to being very sad. She acknowledges the leak of the photos. She admits that she did not agree with their coming to light and this fact has led her to feel violated. Raped. “I feel violated, violated the possibility of having my own privacy and being able to decide about my life, my body and my image.”

The young singer says she is hurt for trusting who she shouldn’t. Jomari Goyso, Ana Bárbara and many other celebrities have reacted to the video and to her painful statement. Everyone is giving her support. It is worth noting that at no time does he refer to Gussy Lau, at least not directly by using his name. He neither mentions it nor clarifies whether or not they are a couple.

Univision fashion critic Jomari Goyso, who is also his friend, told him: “The one who loves you will always respect any decision you make. The one who envies you will always find any excuse to point the finger at you! Follow your path of success and do not stop for anyone! Love you”.

Ángela has admitted that all this has affected her in all areas of her life, both privately, professionally, financially, family-wise and also in love. “It hurts me to have affected my image in this way“, He says. She emphasizes that even when she put herself in this position, she did not agree that these photographs came to light. She sees herself as a victim. Because she now understands what other women have gone through, when an image that comes out of her without her consent throws their entire career.

He says that his family always taught him to speak with his voice, with his talent, with his music. They taught him not to live off scandal. That is why all this has hurt him and is hurting him so much. Pepe Aguilar’s daughter was broken on Instagram. She has cried in front of her fans, but she has also assumed the responsibility that corresponds to her in all this.

What Ángela Aguilar claims is that she was robbed of the right to decide. Because at the end of the day she has the last word on what is exposed of her or not in an image. And this was taken from him. “How is it possible that they have stolen my voice in this that is so mine?”, he says raising his voice.

“I feel lost. I do not know what I am going to do“, said. But this led her to make a decision and she says that she will return to her parents, because this has made her feel very vulnerable. She also regrets having disappointed the image of her that those who follow her and love her may have made of her.

He added: “I think my grandmother, my lineage and my surname do not deserve this. Me neither”. He stated that this is a time to be sheltered by his family and that he will make all decisions with them. He also stated that he will no longer answer questions. She doesn’t want to talk about it anymore and announces that she will return to her focus which is music.

Ana Bárbara when seeing the video has said: “I love you and you are a queen with a very beautiful soul, and most importantly, you trust because you are good. And that is the greatest treasure that a human being can have.“.

Here you can find more about Ángela Aguilar:
Gussy Lau confirms his courtship with Ángela Aguilar and says that Pepe Aguilar does support them
They filter photographs of Ángela Aguilar: she appears very affectionate with her supposed boyfriend
Ángela Aguilar conquers her fans days after they told her that she has no manners

Ángela Aguilar: “I feel violated.” Pepe Aguilar’s daughter reacts to the leak of her private photos