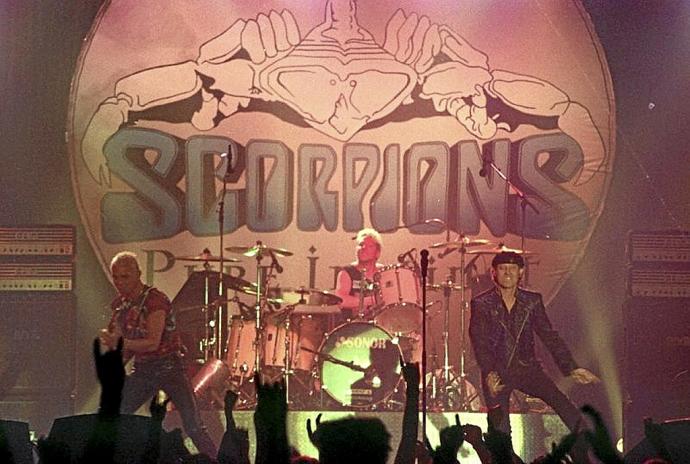 The best groups and artists of this land, state and international, have filled the mythical pavilion with music

Lhe history of Anaitasuna transcends sports. It was born in the shadow of handball and to give shelter to other disciplines, but during its 50 years of life it has been crowned as one of the key stages for music. The best groups and the most outstanding artists have made the pavilion of Pamplona a cultural reference over the decades. In the great concert hall of the Navarran capital. A must for entertainment for entire generations.

In Anaitasuna there is no age worth it. Inside it, the magic of the circus has been housed. Pirritx eta Porrotx have drawn the smiles of the little ones when in other scenarios they were not allowed. Miliki’s songs have been a shot of nostalgia for those who are not so young and have gray hair, and in a more modern version the Cantajuego have dazzled their very young and enthusiastic followers with their themes and characters.

Any musical style has been welcome in this large concert hall. Bertsolaris finals have been held there. Basque radical rock has been represented, among others, by Cicatriz, La Polla Records or Negu Gorriak. Kortatu even recorded on this stage, on October 1, 1988, his live album Last war dance, which was the last of the group.

The Cathedral has also rumbled with Leño, Burning, Obús, Barón Rojo, Asfalto or Ramoncín. While the calmer touch has been provided by other artists such as Silvio Rodríguez, Pablo Milanés, Víctor Manuel, Joan Manuel Serrat or Joaquín Sabina.

the barricade goodbye The Anaitasuna pavilion will also be remembered for being the last stop of one of the great rock bands that Navarra has produced. One of the great or the best for many. On November 23, 2013, Barricada said goodbye to a 31-year career in a historic event that brought together 4,000 fans. Previously he had also given two other farewell concerts. It was the last Barricada show already without TheDrugs. The funny thing is that, years before, Anaitasuna also hosted the last concert with him at the helm.

The Pamplona court will also go down in history, this time sadly, for being the last stage where Antonio Flores performed. On May 26, 1995, before 2,000 souls, the son of The Guinea fowl he performed his latest songs in public. Only four days later, he passed away.

He was not the only one from the Flores clan who got on stage in Anaitasuna. His sister Rosario also displayed all her art in a pavilion where Jarabe de Palo, Molotov, Juanes, Miguel Bosé, Carlos Núñez, Manolo García, Dover, Melendi, Fito y Fitipaldis, La Oreja de Van Gogh, Malú, Alejandro also passed. Sanz, the teacher Paco de Lucía, Ana Torroja recalling the successes of Mecano or the brothers José and David Muñoz, Estopa, who destroyed the enclave of Pamplona for two days.

At an international level, although an artist has already been mentioned, there were not a few soloists and bands that chose Anaitasuna to delight the Navarrese public. Bob Dylan, the undisputed idol of some, took the stage at La Catedral in 2008. Also there, Nina Hagen and Ian Gillan played their music and worthy of mention were the shows offered by the British Deep Purple or the German group Scorpions. Queen’s songs also resonated in this space, albeit in the form of a tribute.

I’m sure this list is missing a lot of names. Concerts that have remained in the retina of fervent fans who one day stepped on, danced, shouted and were carried away by the music in Anaitasuna. They will remain in memory.