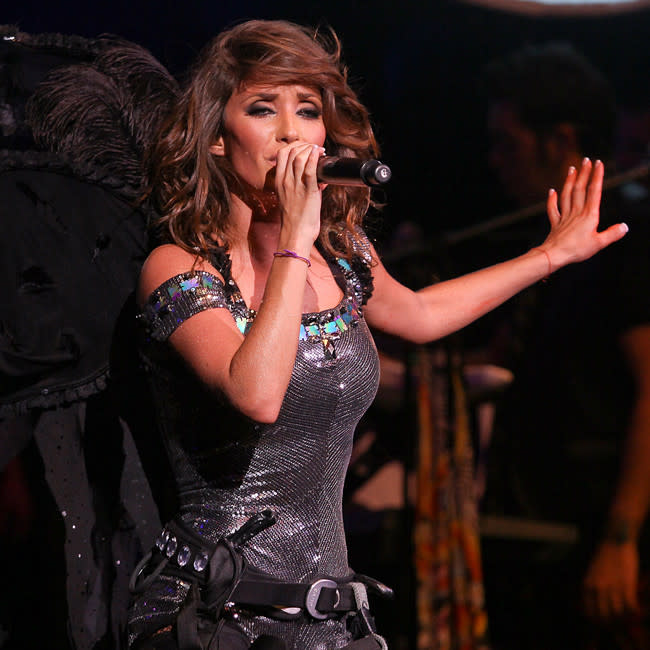 After long months touring the world, Colombian singer Karol G concluded the ‘Bichota Tour Reloaded’ tour in Mexico with a great presentation at the Arena Ciudad de México, where in addition to delighting all her fans with the interpretation of her greatest hits He had a very special guest.

“Three years have passed since my last performance here and there are a lot of hits that we haven’t sung together, so tonight we’re going to get even,” said the singer at the start of the show to those who attended the forum to see her.

Accompanied by 10 dancers and five instrumentalists, Karol sang to the sound of ‘Ella’ to ask for respect and self-esteem for each of her followers who came to see her “to let go of those who no longer need you.”

“You bichota, I’m serious. Let him go because something much better awaits you,” exhorted the Colombian singer.

The culminating moment of the show came when the interpreter from Medellín brought Anahí back, eleven years after her last appearance on stage, to interpret the song ‘Sálvame’, which made her famous with the RBD group.

“I told you that this was going to be such an epic moment that it was not going to be repeated,” Karol commented to the singer and actress, while giving her a strong torso squeeze.

“Karol has been a tremendous honor for me. And I told you that you are always in my heart and what we live together is never forgotten, they are an incredible generation,” replied the guest.

Through her social media accounts, Karol G thanked Anahí for her presence at her concert. “That stage, tonight was completely yours and my heart too! THANK YOU!”

And it is that according to the Colombian singer, interpreting the RBD single next to the Mexican actress was a dream come true not only for her but for an entire generation.

“I LOVE YOU Anahí. I love you in the purest, most real and genuine way. Today you fulfilled my dream and that of a whole generation …”.

For her part, Anahí also thanked the invitation of the Colombian interpreter to the stage and the reception she received from the attendees.

“I don’t even know how to explain… They gave my heart 100 years of life. I will never forget it”; he wrote on social networks.

During her performance in front of thousands of fans who sang along to her hits, the ‘Provenza’ singer wore white, hip-hugging jeans with silver-colored studs and fringes that fall along the sides.

The interpreter accompanied her look with shoes with a chunky sole and a body with rhinestone decorations that announces how a Bichota knows how to shine in style. Her characteristic XL hair in blue was worn loose and with soft waves.

For her part, Anahí presented herself with a black outfit, a sticker star on her forehead and a pink hat, similar to the one used in the official video of “Sálvame”.

Anahí returns to the stage to sing ‘Sálvame’ with Karol G