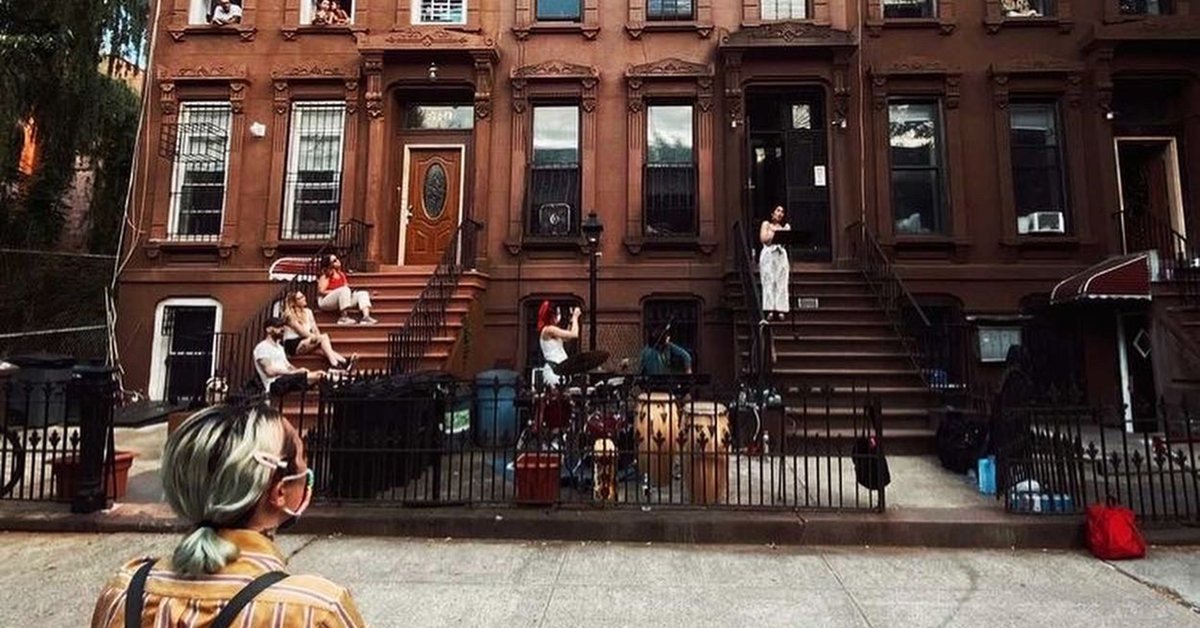 Last year The Opera Next Door was formed, which was founded by the Colombian Sasha Gutiérrez and directed by the Colombian Alejandro Zuleta. Everything was born because they had the objective of creating a chamber orchestra that was to take more spaces in which, generally, art was not present, such as the stairs of the streets of the New York neighborhood.

“A musical house for anyone who wants to learn more about art and bring more passion to our communities, that’s what we wanted to do. We are convinced that art unites people. We believe in a brighter future because we trust in the love that unites us for art. The Opera Next Door seeks to form diverse new audiences, neighborhoods and unconventional spaces, ”said Sasha Gutiérrez on the musical group’s social networks.

On May 22 and 23, about 400 people gathered to enjoy a concert that sought to include more people in artistic settings both for their participation and for their consumption.

Alejandro Zuleta, who was born in Bogotá but is now residing in New York, is a composer, pianist and choral conductor. One of his main objectives with The Opera Next Door is to keep alive the legacy of the Zuleta family, who have sustained a Vallenato tradition over the years. The latter is due to the fact that his father, Emiro Zuleta, was one of the most prolific vallenato composers of that generation.

On the side of Sasha Gutiérrez, she is a soprano, she is also a graduate and graduated with honors from the Universidad Javeriana. He performed in some of the most prestigious stages in Colombia and was a soloist with the Bogotá Philharmonic on several occasions, and also He went on to win the Banco de la República’s “Young Interpreters” contest in 2013 and 2016.

“The production will transport the history and characters of 18th century Italy to 21st century Brooklyn. Mozart and librettist Lorenzo Da Ponte’s interpretation of the once-classic, and perhaps old-fashioned, ‘bride swap’ trope will be reinvented with images and characters familiar to everyday New Yorkers, a scandalous sense of drama that any soap opera viewer will recognize and even a modern and mocking perspective on the gender dynamics at stake, ”said Gutiérrez about the presentation.