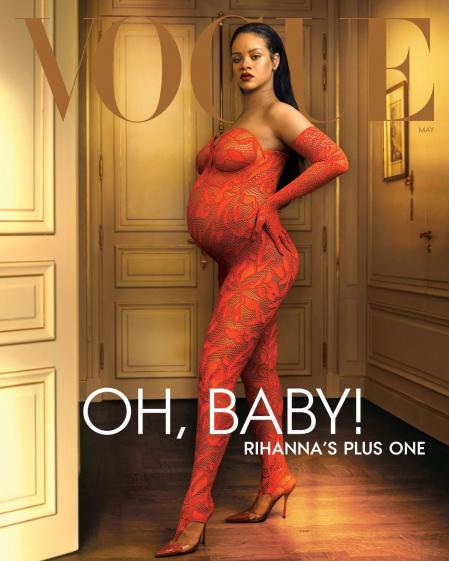 In recent years, the Met Gala has become one of the most important fashion events in the world. The red carpet of the event organized by the Metropolitan Museum of Art in New York has even managed to take center stage from other well-known carpets, such as the Oscar carpet.

One of the celebrities who creates the most expectation for her surprising ‘looks’ at the Met Gala is Rihanna. However, this year, due to her pregnancy, the singer has not been able to attend one of the events of the year. But the organization of the gala has been commissioned to pay tribute to her, despite her absence, she continues to attract all eyes on her.

The singer has once again made history at this international fashion event, but this time without attending the gala


The organization of the popular gala has decided to build a marble statue of Rihanna and put it in the Met museum during the gala so that the singer could be present. For this work of art created by the Metropolitan Museum of Art in New York, they have been inspired by the recent cover that the artist starred in for the magazine US Vogue and in which Rihanna showed off her pregnancy in a red lingerie jumpsuit.

In this way, the singer has once again made history at this international fashion event. As the museum has revealed, the idea was to turn Rihanna into a true goddess of fertility. The sculpture has been titled as “Irene, the personification of Peace” and has been part of the exhibition in the Greco-Roman gallery of the museum.

Rihanna’s has been one of the great absences this year. Everyone expected that the singer would attend the Met Gala and that once again the singer would surprise with an impressive ‘look’ showing off her pregnant curves. However, in the end, the singer had to stay in Los Angeles due to the impossibility of flying in her state.

This sculpture has surprised Rihanna herself. The singer has been very grateful for the detail of the organization and the museum and she has uploaded a video to her Instagram profile along with the text: “I have closed the MET in marble! What is more golden than that? Thank you @metmuseum and @voguemagazine for this historical tribute. You have crowned yourselves!”

An impressive marble statue of Rihanna presides over the Met Gala