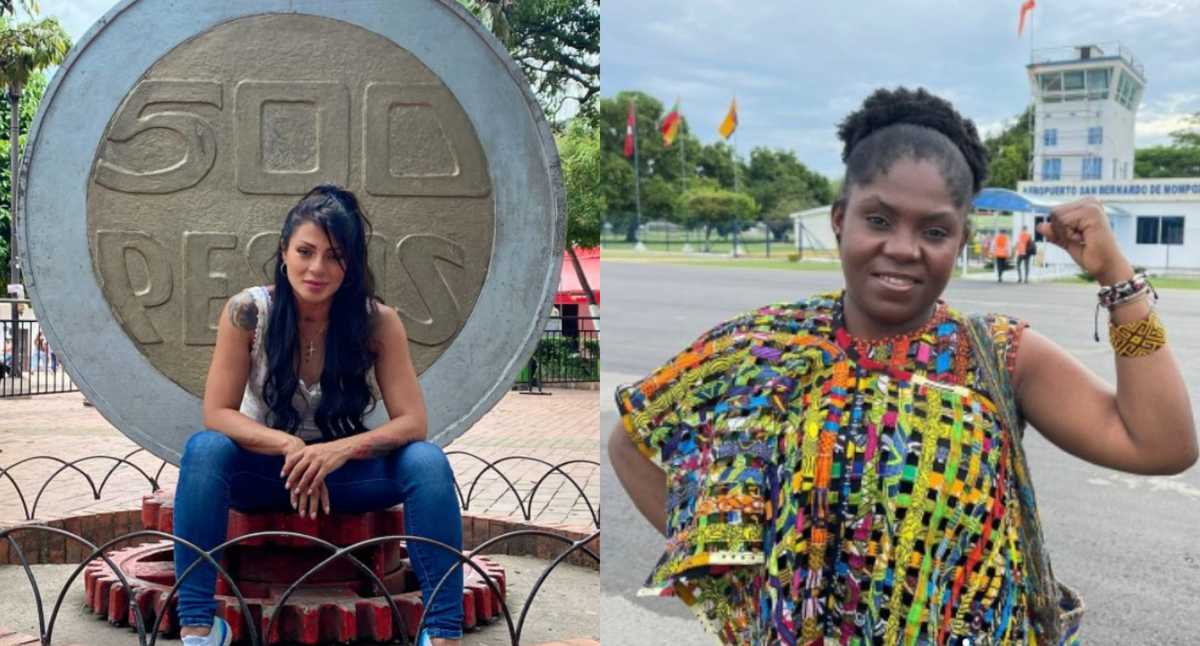 The popular music singer Marbelle does not miss a single occasion to refer to the vice-presidential formula of the Francia Márquez Historical Pact, after the long struggle she has had on social networks, as well as the effects and damages that have fallen on her person, by offend the political leader.

On this occasion, Maureen Belky Ramírez Cardona took advantage of a video shared on social networks in which she is seen when a dog bites Francia Márquez to make fun of her. In the images you can see how the candidate for the Vice Presidency gets up from her chair to greet Teresita Gómez, a Colombian pianist, while a small dog is lying in front of the two; however, when Márquez hugs the artist who is presiding over the event, the animal gets up and attacks the political leader.

Marbelle quoted the video on her Twitter account and wrote “ancestral bite” accompanied by an emoticon that reflects tranquility, referring to the word that Márquez frequently uses in his speeches, but that the singer began to use against her when the vice-presidential formula wished her the common “ancestral hug”.

Comment that also unleashed comments from users on social networks, among which are messages against the singer, as well as some that support her criticism of Márquez and the Historical Pact.

“Didn’t you learn anything from all those attacks they did to you? How sad that you insist on sowing resentment, the beautiful thing is that right there you can only receive love. Although your mom never loved you, here we are willing to hug you in a loving way, “wrote one of the users on social networks, against the artist.

“Now the lady will say that the puppy made an attempt on her life and was sent by the black eagles,” Y “you thought that the puppy was not going to get even for that torture of having to listen to that lady singing, he was waiting for the opportunity to make himself respected”, are some of the comments that supported Marbelle, in which they also attacked the vice-presidential candidate.

The event of the video shared by the singer took place in Medellín, this Tuesday, April 5, and just as the meeting began, Teresita Gómez’s dog, called Frida, which is of the Shih Tzu breed, began to bark at Francia Márquez while she appeared before the public.

Given this, it was reported that the animal had not bitten the political leader as such, but, as Márquez said after the barking, the dog was only “marking territory”, referring to the fidelity of these furry ones.

After the comments in which he referred to Márquez as “King Kong”, hundreds of messages have been dedicated to Marbelle againstsince many people, in addition to the main victim, have been offended by the degrading words and lack of respect against the political leader.

Even, in one of his concerts, the attendees would have also demonstrated against him in the face of practices considered racist, which is why some have asked him to retract; However, the singer remains in her position and, on the contrary, she has dedicated other “nicknames” to the candidate for the country’s Vice Presidency.