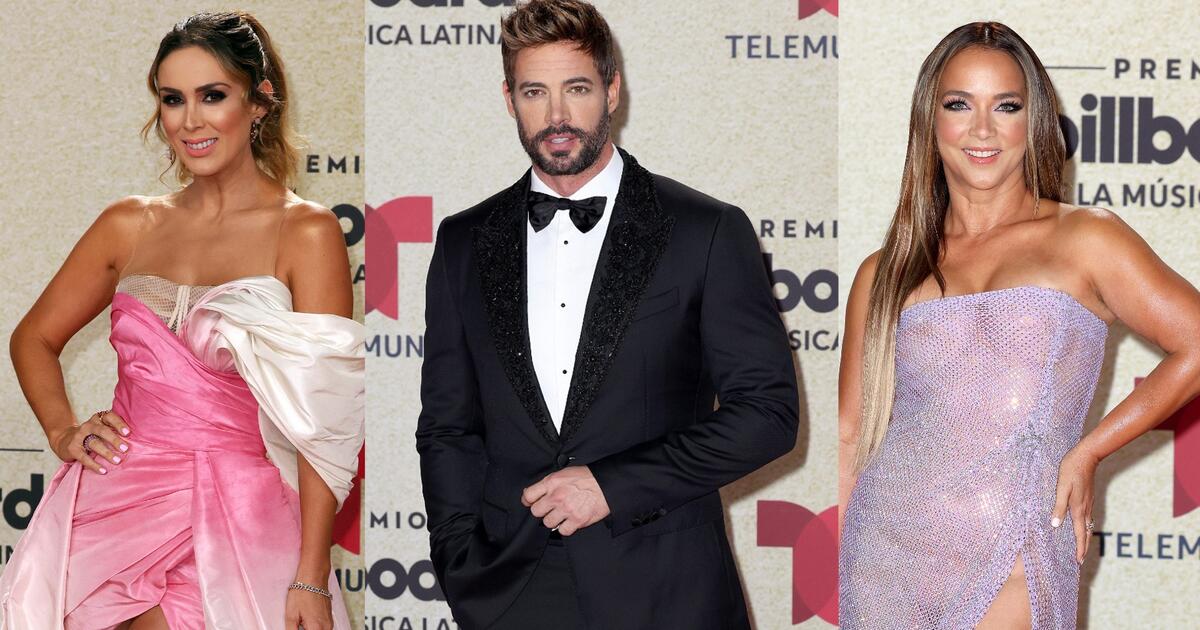 From the Watsco Center, Coral Gables, in Miami, the 2021 Billboard Awards. In this 28th edition, celebrities chose their best outfits to dazzle upon their arrival on the red carpet.

You can’t miss your favorite artists walking to shine with the beautiful looks that they chose for the occasion.

And boy was there glamour on the red carpet at the 2021 Billboard Awards!

Jacky Bracamontes impressed with the garment that will undoubtedly become the favorite of his fans thanks to the glamour and sensuality that he gave her.

Natti Natasha She walked in a white dress, transparencies and a pronounced neckline.

Pedro Fernandez stood out for its look casual.

Adamari Lopez she impressed as she walked the red carpet at home with her lavender dress and wide leg slit.

Gaby espino She impressed with a fitted dress with rhinestones and crystals.

Elizabeth gutierrez opted for a look bright with gloves.

For its part, William Levy opted for an outfit in black.

Maite Perroni showed that his look so feminine was the right one.

Yuri It was another of the celebs en Look flawless in a gold-colored dress.

Mariana Seoane he wasted sensuality with the opening of his outfit.

The group Reik posed for the cameras very relaxed and with their looks casual.

Camilla Cabello she looked flawless in a red dress.

Want y Ricky They distinguished themselves with a very original style, leather and open clothes, with accessories on the neck and sunglasses.

Stefania Roitman in a look Dramatic composed of an asymmetrical dress with a sweetheart neckline.

Mark Tacher opted for an outfit in gray.

2021 Billboard Awards: the best dressed on the red carpet

IN VIDEO: Carlos Rivera will premiere a song with Reik at the 2021 Billboard Awards