The surprising return of Austin TV to the stage. (Photo: Facebook Austin TV)

It took about 10 years for austin tv finally gave signs of life and the great announcement of his return to the stage. The instrumental post-rock mexican bandformed at the end of 2001 in Mexico City, surprised his loyal fans to tears who kept his memory and legacy in music intact.

In November of 2013, Austin TV said goodbye to the public eye and left their instruments with an emotional farewell to their fans. They performed what would go down in history as their last show. The venue that received them was the now-defunct Plaza Condesa, where they left their souls on stage and divided their hearts into a thousand pieces to give to their fans. On that evening, they interpreted each and every one of the themes of his first LP and as a finishing touch they presented a encore that reviewed his musical career.

Among their most memorable successes they celebrated 10 years since their debut album, the last night of the worldan album that ended up becoming that, the last night of the existence of austin tv. In that concert they also announced their retirement from music for a long time, it was a rather uncertain goodbye. His audience left with a hole in their chest hoping to be able to reconnect with his favorite band probably in the very, very distant future.

The years passed, several concert halls disappeared, their fans grew and many more left the earthly plane, longing to live one more concert at the hands of their beloved Austin TV. Social networks took over reality, Mexico fell and got up in the face of several natural disasters, a global pandemic and life changed in a year of confinement. 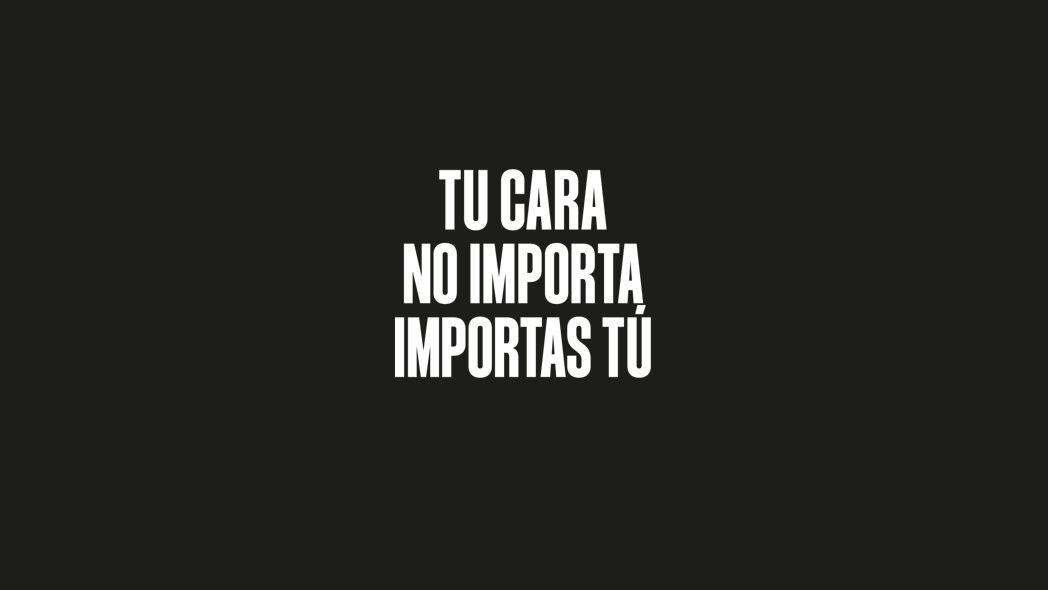 Finally 2022 arrived and without anyone imagining it, they began to leave clues around Mexico City. Suddenly, several posters upholstered some walls of the streets with the legend: “Your face doesn’t matter, you matter”, accompanied by a QR link that sent you directly to its official site. As expected, his ardent followers exploited social networks with theories about a possible return or even the release of new material from the band.

At last the dream of many was fulfilled and Austin TV dropped the bomb on its Instagram account, precisely on september 26 his official account published the same phrase with white typography on a black background, which was found on street signs, “YOUR FACE DOESN’T MATTER, YOU MATTER.” Then the image of her appeared, also in monochrome tones and finally the great revelation occurred.

It was the cover of his first single after a decade of inactivity and uncertainty, which was accompanied by a very beautiful illustration, where you can see two people connected by their thoughts, the colors are very vivid and the art was made in a palette of really warm tones. It is worth mentioning that the art was created by the artist freelancing Carolina Rodriguez Fuenmayor.

The image is accompanied by a statement written by the band itself, “We can’t feel the emotion of being able to share this with you. Many years of experiences, sadness, happiness, healing processes, attempts, achievements, falls and rises flow here, but everything is part of the same thing, everything and we are all part of a whole”.

The new theme is titled “Of the Orchid and the Wasp”Now available on all digital platforms. A song with a duration of 6:47 minutes

But that was not all that Austin TV had prepared for its fans, because hour after hour more announcements came, first new photographs of the musicians came to light, where its members showed their outfits for the great return. Later on their social networks an official statement issued by the band circulated where they explained the departure of Mario Sanchez better known as guy, who was one of the founding members of the group.

“He proposed to us to continue without him, because he discovered that his mission in music is no longer on stage. He wants to continue pursuing his dream of becoming a professional in the music industry as a representative in Mexico”, they expressed with an emotional message through their social networks.

They also thanked their followers with the following words: “We are aware that Austin is more than a band, is a spirit-entity that exists and has existed regardless of the circumstances. They say that the only constant is movement and Austin has been no exception. We have transformed again,” they commented.

This first part of their announcement was closed by confirming their return to the stage and reiterating who the members of Austin TV are from now on, “After questioning everything… Chiosan, Xnayer, Totore and Rata have decided to return to play”. They then posted a second statement detailing what motivated them to continue their musical career and get back in touch with the public who never forgot them.

It would seem that the heart attacks for the followers of Austin TV would end with these publications, however the musicians really moved the deepest feelings of the Mexicans, as they announced their return concert, which would be a very intimate show because it would take place in the popular Multiforo Alicia on the night of this September 28 at 7:13 p.m.being a single function and with Mabe Fratti as a guest artist.

Everything was going smoothly, but hours later the Alicia Multiforum was pronounced and caused all the hopes and dreams of the fans to go down, because due to the high demand they couldn’t put on the show, “Alicia sometimes gets big and other times small. At the AUSTIN TV concert we will not have the physical space to receive all of her fans, friends and friends. We do not want accidents, injuries, or problems, for this reason we will have to cancel the event. We apologize to Austin TV and to everyone who wanted to enjoy the concert. Our proposal is culture and health. The money does not matter, you matter”, assured the renowned forum.

Until 6:00 a.m. on September 28, the Mexican post-rock band has not commented on the cancellation made by the venue that would host their return. In their Facebook and Instagram profiles, as well as in their stories, there is only a short video of the band in an interview and a mysterious message, “All those who subscribed to the rhizome on the page, check your emails”.

One of the elements that set Austin TV apart from its inception was that in every full-length material the band released, it kept a concept specific and well defined. The costumes are part of his personal hallmark, just as strong as the art that surrounds his work and his music.

What was the millionaire figure that CDMX paid for the Grupo Firme concert in the Zócalo
Corona Capital 2022: Charli XCX joined the festival and Two Door Cinema Club left
OMD, the Corona Capital and the band’s tribute to Mexico that no one noticed 37 years ago