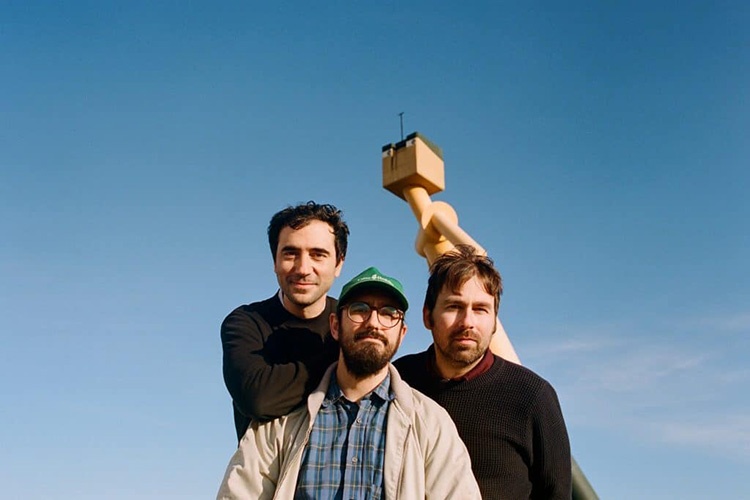 More than sixty concerts and showcases, in addition to parallel activities and the usual Professional Days will focus on the November 17-20 in the 13th edition of Alhambra Monkey Week. The Cartuja Center CITE and the Santa Clara space will be the neuralgic points although, this year there will already be music in theaters, specifically the X, Even and trick. But this is not all, there is still more.

Scorpio, The Jaguars of the Bay, Polish Girl, SecoSecoSeco and the portuguese mermaids are the last confirmations for the Alhambra Monkey Week together with Girls, who will offer a concert for the inmates of the Penitentiary Center of Seville I thanks to regular collaboration with the Solidarity NGO. As you can see, the Monkey is gradually recovering its format with many scenarios at stake and many focuses of attention. Five of them inside the Cartuja Center CITE: Alhambra Auditorium, SGAE Foundation Stage, IEA scenario, Cub stageo and another that the Organization has decided to baptize with the explanatory name of Upstairs Stage, something that those of us who always miss at festivals will appreciate. And one outside, free, the Escenario Plaza, with which the festival maintains its close relationship with the public of the city for another year. Cartuja Center CITE will host most of the concert and showcase programming, from Thursday 17 to Saturday 20 November inclusive.

In addition to all these scenarios in a single venue, which promises an experience as unique as it is electrifying, Alhambra Monkey Week has managed to rescue in this final stretch with more relaxed Covid measures its already traditional programming in theaters. Thus, three of the most emblematic concert halls in Seville are added to the festival: Room X, the Even Room and the Sala Malandar. A circuit that will open its doors to the usual and well-attended label and agency parties of our most current independent scene.

Dice Monkey Pro days are back

The Santa Clara space, will also host another edition of the DICE Monkey PRO days, with its barrage of activities aimed at professionals in the music sector such as panels, conferences, workshops, networking sessions and cocktails, among others. In this 13th installment, topics such as the importance of networks of small and medium-sized venues in the current situation, the relevance of the new voices of flamenco in the contemporary scene, the rise of NFTs (or tokens) will be discussed. non-expendable) in the music business or the increasingly influential role of the music supervisor in the development of artists, among other sources of interest. For this, we will have -among many other national and international guests- with the presence of artists such as Rocio Marquez and Rosario La Tremendita; programmers like Bob van Heur, creator of the prestigious Le Guess Who? festival, Koen Ter Heedge, responsible for the always exquisite Welcome To The Village poster, and Pedro Azevedo, keen scout behind the MIL Lisbon; and music supervisors such as Roy Lidstone, Frederic Schindler, Paulina Márquez and Carmen Rodríguez, who add in their careers films such as “Suicide Squad” and “The days that will come”, series such as “Elite” and “La Casa de Papel”, video games such as “The Last Kingdom” and “God of War”, and spots from Prada, L’Oreal, Ikea, Burger King, Mini, Adidas, Coca-Cola or Apple, among other advertising campaigns.

All this adds up to a poster where bands such as Black Lips, Women, Depression Sonora, The USSR, Kokoshca, mori, Nettle, Ferran Palau, Goodbye Amores, Tiburona, Unity and Harmony, Hnos Munoz, Chill Mafia, trashi, Las Dianas, Black Rat, Tracksuit Jacket, shego, Morreo , Relena cake And a long etcetera. An edition that will have its inauguration with the Tribute to “Mediterranean” on the 50th anniversary of the iconic Joan Manuel Serrat album. A special concert proposed by the festival in collaboration with the SGAE Foundation and which will bring to fruition The Ponds in the company of distinguished guests: Anni B Sweet, Carlangas, Dani Llamas, Luis Regidor, Maria Rodés, Miguelito García (Derby Motoreta’s Burrito Kachimba), Raúl Rodríguez and vine. A concert that promises to be one of the sensations of this 2021 edition.

All the programming you have on the website of Alhambra Monkey Week.

Alhambra Monkey Week announces the bulk of its programming