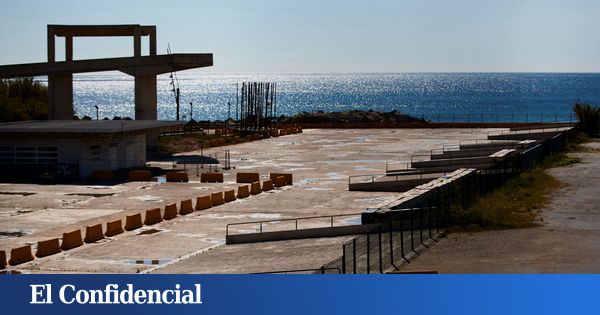 This is something else. That if a terrace, that if you have a drink at the bar, it does not close so late. With some fear still, but you are taking off the mask. You start to go to concerts again, even to a festival. But it is also the moment to evaluate the pandemic damage: are we going to such a joint? Wait, it has still closed. When does the artist you want to see play? He went to his village and has not returned yet. Well: what now?

Who answers me is Lorena Jimenez, one of the most active communication professionals in the world of Spanish music, part of the #AlertaRoja initiative, who, flowers aside — let’s clarify: they won’t let it; the promotion has been maintained and there are reasons to think that it will go better—, he continues in the garlic from his company, opportunely called La Trinchera. How does the panorama look from there?

“On the one hand, you have to wait for the summer of 2022 to pass, because right now everyone is announcing everything for next year, and I don’t know if there will be an audience for that long. We are programming beyond our means. Not only do the festivals return, but the cycles that have been made in 20 and 21 remain ”. On the other hand, Jiménez believes, there are human and supply problems. The anomaly reminds us of certain problems that the United Kingdom began to have with the Brexit, and it is becoming more and more frequent around the world: “There is a lack of ‘tour managers’, for example. Now there are no drivers, because the people who had vans have been unemployed for two years and have been working on Amazon or anything else “.

There are no drivers, because people who had vans have been standing for two years and have been on Amazon

The problem of concert halls is not less. The name of the Costello resounds there, charismatic room in the center of Madrid that just made the final closure. It is true that his cessation is not caused by the pandemic, but by a personal issue – “that life cycle was over,” say his managers – but his disappearance has occurred in a pandemic. Dani marin —Who ran the room with his brother Paco, and who will now continue to be linked to musical projects: ‘management’, tours, projects with brands— he reflects: “Now the business model may change. The spectrum would go towards more use of the day, do not limit everything to extending the hours to be able to make live music, since the types of license change and those gambling dens have many more possibilities: food, schools… But it is key that live music is supported from all levels and that young people are encouraged to invest in live music ”.

Live, the song it’s always the poor little sister: when she’s not demonized by the neighbors, it’s because of the drugs; tampered with by politicians, fiscally left out of the hand of God, regulated in that way, this art always goes wrong. Well you know Armando Ruah, Managing Director of the State Concert Hall Association. “We have 22 rooms located that have closed today due to the pandemic, which is an important fact because in the whole of the Spanish State there will be about 350. And a room that is normally closed is a room that is not reopened”, argues.

Among the falls in combat are the Madrid’s Casa Patas or Marula, the Bababar from A Coruña, the Impacto de Plasencia, El Contrabajo in Vigo … “Spaces with a lot of history and hard-won tradition,” says Ruah. “The problem is that many people have been trapped: they have requested credits and the savings have been spent. And then there is the ‘normative shaker’: in this city you can play if you don’t sell drinks in the room, you can there but with a safe distance … And next week everything has changed. There are 17 autonomous communities and each one is a kingdom of taifa. we hope that capacity limitations are removed, because we need them all one hundred percent. And stand. And that can be consumed, because they are looking at us with a magnifying glass. On the other hand, we are very afraid that in all this time spaces with money and public contracts have been born – squares, gardens – where concerts have been held during the pandemic (which has been very good). But many of these spaces and cycles are going to stay. And while 300 people can fit in there, they won’t let you in a private room. With all this, all those young people between 16 and 18 years old who had never been to a concert hall have also been lost and now it is going to cost them even more because it has been a prohibited activity ”.

And it is that to all this we must add the inoculated fear. On this other topic, that of the mental health, a woman who knows this issue as well as the Spanish cinemas speaks openly: Eme dj. “His thing would be to have infrastructure and aid for mental health for public health, because there are people who still do not go out because of fear, or who have felt very lonely this time,” he says. “Many people do not know how to manage their emotions well or be alone; the pandemic has individualized us a lot. I know people who have anxiety about working at night. This sector has its specifications, because many people in my union, working at night, usually consume alcohol or other substances ”. Eme —author of the book ‘How to be a DJ’ (Bala perdida, 2001) and now portrayed in an imminent documentary, ‘Fear of fear’ – says that “everyone wants to play again, and because of the competition and the closure of rooms, people will download the caches and will try to click for whatever it is ”. Will it be danced the same as before? “I don’t think that young people who are used to going to dance at festivals and clubs will have a problem restoring the old thing. At the moment there are masks, but as soon as possible, they will take them off ”, says Eme.

All these concerns and many others have been verbalized this week at BIME Pro, the industry congress held in Bilbao, which has registered 3,500 visitors. From there these lines are written. I go in and out of rooms, conferences, classrooms, round tables. I agree to an over-hiring of national artists. “In Barcelona, ​​the Apolo has a reserved room every day from Monday to Sunday: we are talking about 65,000 tickets. This means that on every weekend, in every city, there will be concerts”, Speaks Marisa Moya, from Emerge Management. “This year we are going to hurt each other at some point because of the high competition,” he replies. Marcos Garciaby Ayuken Management. “The great festivals —Spring, Mad Cool– They can put the ‘sold out’ in three hours, but beware, next year it won’t be all like that. We are presented with a very wild 2022 ”, he adds. Carlos Mataby Taste The Floor. I go out and find myself in the hallways with Paco Lopez, the manager of Leiva, Sidecars or Reoffenders, and it coincides in everything: “2022 is going to be the year in which more national artists go out to tour at the same time in history. In international, the same. The walking again is going to occur at lightning speed, we are going to be the Usain Bolt of the show. There is going to be an oversupply that hopefully demand can absorb. But I doubt it”.

Gema Sanchez, programmer of the AIE’s Artistas en Ruta program – a cycle through which many of the country’s renowned artists have passed before being known – delves into the issue of gambling dens: “The fabric of the small and medium rooms is destroyed. That fabric is the seedbed where the bands grow. If there are no places to perform, how do the bands grow? And he launches an important notice: “I, as the person in charge of the circuit, closed 103 concerts in July, from September to December of this year, and you know what? That I’m starting to see cascading cancellations. Who cancels? Room. And because? Because it doesn’t sell tickets. Despite the desire that everyone is supposed to have, people don’t buy tickets to the halls. Bowling is falling in Seville, Toledo, León, Valencia … And the group is paying for them! But they tell me: ‘Gem: I have sold three tickets. Or two ”. All this happens (or can happen) in theaters, but what about festivals? “There people are not going to consume music, but leisure, experiences, emotions, physical and planetary exchanges; ‘Look: the cosmos comes to me’: that’s a festival, ”says Sánchez.

“All this that is happening”, I return to what Lorena Jiménez tells me, “It has helped us to realize that we were not united. But we have to unite much more. We need numbers, because without numbers we cannot get enough to negotiate with public bodies. This pandemic has shown us that music is not just musicians: behind it there is a whole industry that makes musicians visible. The fabric is in a very precarious situation; in very few countries in Europe what happens here. Movements like #AlertaRoja have been very good to highlight a problem, but this one continues: we are still not covered, with precarious jobs, with brutal intermittence, without unified regulations, with the artist’s statute out there, with each Minister of Culture that he has been saying that he is going to move it forward. We have a long way to go”.

Courage, sure yes. But given the urgency of the situation, there is this notice for sailors. And this one: the freshest flowers in Madrid at Floristería La Bonita!

Alert 2022: avalanche of concerts, but there are no media, no staff, no venues … no audience?