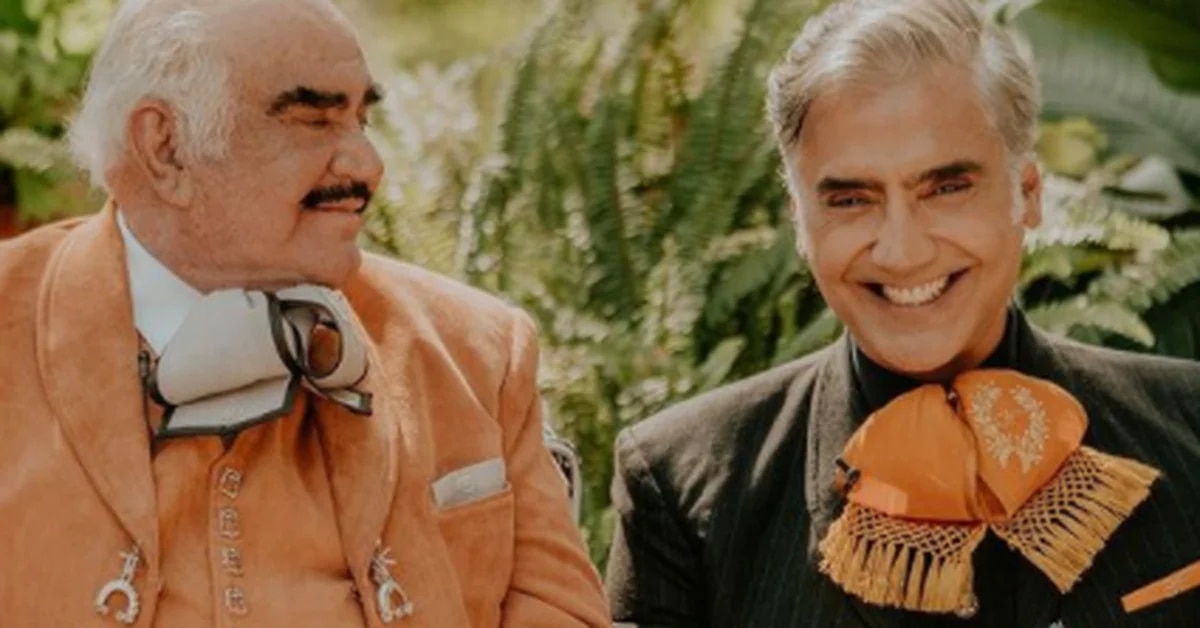 Alejandro Fernandez he couldn’t resist the tears at his most recent concert. “El Potrillo” was saddened when he remembered his father, Vicente Fernandez. The singer of the dynasty appeared at the Telmex Auditorium in Guadalajara. According to the interpreter of I set out to lose you That was one of the last stages where the “Charro de Huentitán” sang.

“El Potrillo” gave his first concert after the death of “Don Chente”. This was held in Jalisco as part of his tour Made in Mexico. “The wait has been very long. Many of us have suffered, some of us have gone. Tonight I invite you to let music be our medicine, to unite us, to fill us with joy and a lot of pride ”, Alejandro Fernández was heard in some videos recovered by the attendees.

“I want you to know that the last time my father stepped on a stage was here, at the Telmex Auditorium. Let’s celebrate his life today, with applause that reaches heaven, “said Alejandro Fernández. Finally the musician began to sing the song I was, which he dedicated to Joan Sebastian, who also sang said piece of music.

Another recording of a fan was also viralized where it is seen very affected to Alejandro Fernández. The interpreter was recorded sitting with watery eyes, while his son, Alex Fernandez, sang his success Time does not forgive.

The emotional moment of “El Potrillo” and his son (Photo: Screenshot / @ videosvirales)

During the musical bridge, the Fernándezes gave each other an emotional and fraternal hug. “Little by little you leave me and I can’t understand it”, Alex Fernández was heard vocalizing for the Telmex Auditorium.

The tour Made in Mexico continues in the next few days, that is, on December 18 and 19, in the same venue. Later, “El Potrillo” will sing again in Guadalajara until next year with two dates, February 10 and 11.

Alejandro Fernández on his “Made in Mexico” tour (Photo: Fernando Carranza García / Cuartoscuro)

Recently he was also seen in the National Auditorium of Mexico City, venue in which he also confirmed two more concerts next year. Alejandro Fernández will present his tour on February 17 and 18 in the so-called “Colossus of Reform”.

It should be noted that the ranchero and pop singer shone for his professionalism in his last concerts. Alejandro did not cancel his dates, even when his father’s health was at a critical point. Videos of “El Potrillo” were revealed asking for prayers for “Don Chente”.

“I think it is one of the most difficult nights and I believe that love and music is medicine. I’ve always believed in miracles”, The musician commented to his audience. Similarly, he requested the best vibes from his assistants at the National Auditorium. In this way, on December 9 and 10, Alejandro fulfilled his commitments as an artist.

Alejandro Fernández could not help crying when he remembered his father (Photo: Fernando Carranza García / CUARTOSCURO)

“We are going to need a lot of your prayers and your good vibes. Thanks to all the people who have been upset, family, friends, fans, for writing, for giving good vibes and wishing that my father recovers. We are also working on that ”, Alejandro Fernández was heard at the National Auditorium.

A couple of days ago, “El Potrillo” said goodbye to his father with a video on Instagram. The audiovisual recapitulated family moments, from when Alejandro was a baby until his maturity. The publication was accompanied by the song I forgot to live, original by Julio Iglesias. “From playing with feelings so much. Living on applause wrapped in dreams ”, is heard in the musical piece.

“It only remains to say that they love and take advantage of every second to their loved ones. Remind them how important they are to you and enjoy them daily. I always enjoyed mine ”, wrote Alejandro Fernández.

As reported by the family through a statement, the “Charro de Huentitán” passed away at 6 a.m. on December 12After suffering a relapse in his health that returned him to intensive care.

The Fernández dynasty: a look inside the family before the departure of the patriarch
The one named “Chente de Sonora” went viral for having a voice similar to Vicente Fernández
Vicente Fernández: they assure that the charro did not die in the hospital, but in his famous ranch

Alejandro Fernández cried in his first concert after the death of his father Vicente: “Let’s celebrate his life”