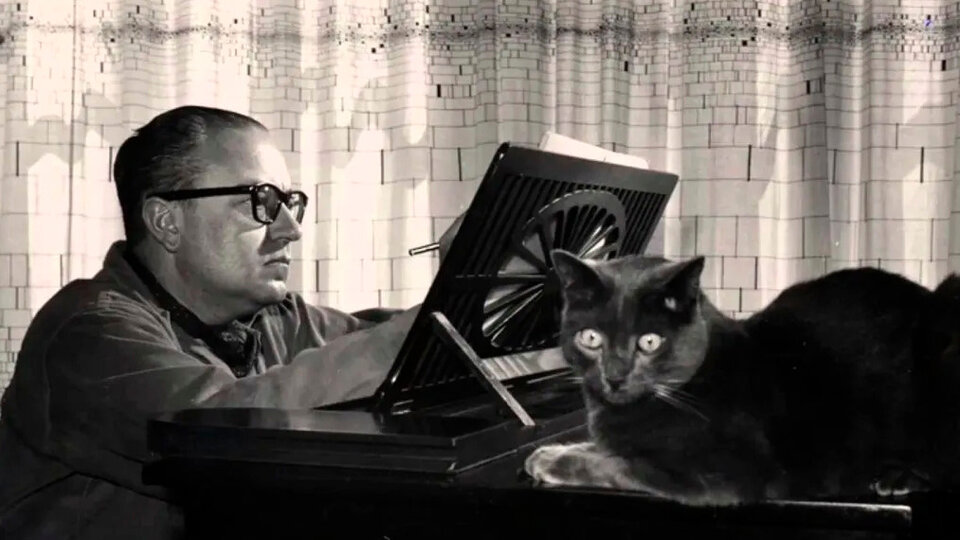 “If I tell you that there is a work called ‘Argentine Concert‘that an Argentine composed, Alberto Ginastera, So what legally it cannot be touched by any ArgentineWould you believe me? “Thus begins the Twitter thread with which Juan Roleri, renowned pianist and popularizer of art, announced the particular history of Ginastera’s concert whose rights are owned by an American pianist: to play the work in just one concert and without even being able to record it, an Argentine would have to pay 180 thousand pesos. “It is a work of ours, with national airs and with a lot of influence from Argentine folklore, How is it possible that someone from the United States has it exclusively?“, said to Page 12 Roleri, who started a campaign to recover the piece and “that any Argentine can play it, that it can be programmed at the Colón Theater or at the Kirchner Cultural Center.”

The first concrete information on the rights of “Argentine concert for piano and orchestra“It came to Roleri when he interviewed the pianist Dora de Marinis for Blanco y Negro, his National Classical Radio program:” I was aware that Ginastera had three concerts, two in the catalog and one out, which is the Argentine Concert. , the one I like the most. His scores are nowhere to be foundThere is only one sheet of what the trombone plays, which is a very small part. When I interviewed De Marinis, she explained the history of rights and her struggle, because this fight was started by her, what I do is take the glove “, explained the pianist, who also conducts the podcast titled “Un Clásico”.

The story reconstructed by De Marinis is like this: after the death in 1983 of Ginastera, one of the most important Argentine composers of classical music, the rights to his works were inherited by his wife, Aurora Natola, cellist with whom De Marinis played regularly. According to De Marinis, Natola offered to interpret “Argentine Concert”, Ginastera’s youth work that he himself had taken from his catalog, although Roleri considers it “one of his most beautiful works“.

“De Marinis sets out to interpret her, but a concert of that size is not something that is prepared just like that and you have to find a suitable orchestra. When it is about to be released in 2009, Natola passes away and the rights pass to Ginastera’s daughter, who decides to sell them to an American pianist: Barbara Nissman“, detailed Roleri. The Argentine Concert, composed by Ginastera in 1935 at 19 years, appears on Nissman’s 2011 album “Ginastera: Three Piano Concertos”. Of the interpretation of De Marinis there are recordings to which Roleri agreed, but which they cannot be broadcast for rights.

Upon learning about the subject, Roleri asked the British company Boosey for a budget, which outsources the rights to the scores of musical works: “To play it only once in the blue whale of the CCK, for example, without recording or broadcasting, I would have to pay 180 thousand pesos and they give me a period of only 90 days to do itwas the answer he got. I wrote an email to Nissman asking him if I could assign the rights if I promise not to make profit or, in any case, if there is profit that is for a philanthropic cause, “said Roleri, who indicated that the first response he obtained was positive and could open some way of negotiation .

Another option, which he qualifies as “a dream“is that the work is directly classified as Argentine cultural heritage. “I would like us to begin to value Argentine and Latin American art a little more, if we always look at Europe we will miss it. I’m not saying that we have to remove Europeans from the catalog, but let’s force ourselves to put a national work a year at the Teatro Colón or at the CCK “, reflected the pianist, who also directs the” El Visor Buenos Aires “music school.

After the Twitter thread in which he spread the story, several colleagues of the artist joined the claim, as well as telling their own stories with Ginastera’s early concert: “I have wanted to play that piece for years. It is a shame. If you rent it with a date, they have to approve it and they give you the part with a month at the most “, published, for example, the pianist Natalia González Figueroa.

“The Argentine Concert it is a work of ours, from the time of the 20th century where nationalisms in music are strong and folk rhythms are taken to classical music. It has three movements with a lot of influence from Argentine folklore: malambos, northern works, cuyanas, carnavalitos. De Marinis says that when people play it, they dance in their seats, it is dance music by our best composer. I want to touch it and for people to dance“Roleri closed.