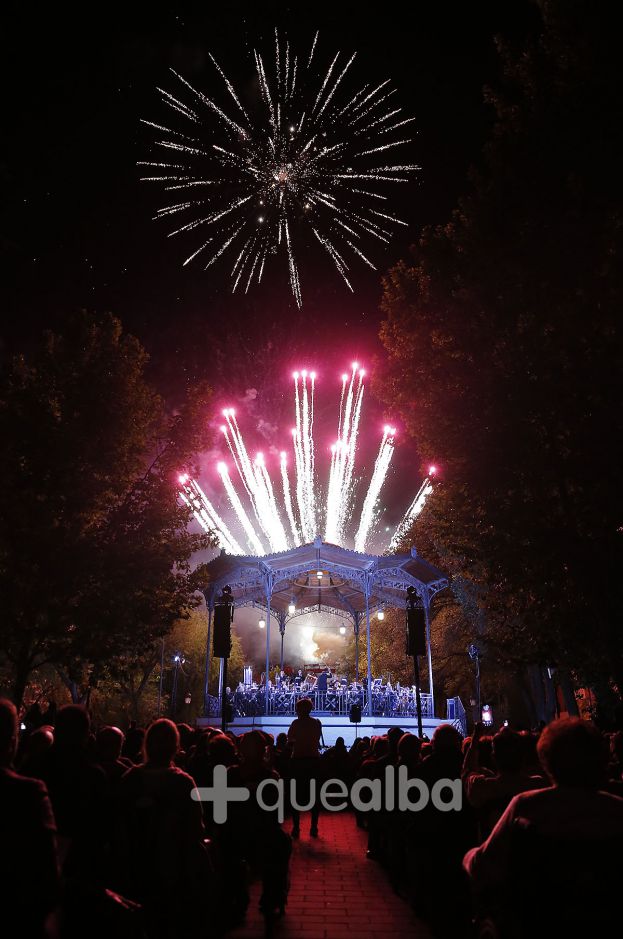 Albacete will say goodbye to its holidays with a pyromusical show at the Templete of Paseo de la Cuba, which will be in charge of the Municipal Symphonic Band and in which the soprano Elisabet Culebras and the Albacete artist Germán Scasso will participate.

At the appointment, which will be at 10:30 p.m. and will last half an hour, the Municipal Symphonic Band, directed by Miguel Vidagany, will perform a concert synchronized with fireworks performed by Pirotecnia Sánchez, which will use up to 200 kilos of gunpowder to illuminate the sky of Albacete this September 17.

Six works will be performed: Beautiful Blue Danube, the double pass The Kermés de las Vistillas, Dance by Luis Alonso; Hallelujah, Leonard Cohen, for which the Band will have the collaboration of Elisabeth Culebras; Free, with the adaptation of German Scasso that he did for the show Play the Band, Both of them and finally the piece will be interpreted Carmina Burana.

In addition, this Friday, September 17, the people of Albacete will be able to enjoy, at 8:00 p.m., the VI Jazz Festival Homenaje a Sonny Rollins at Terraza-Vialia, organized by Amigos del Jazz de Albacete and Alboroto Producciones.

At 8:30 p.m., in Ea! Theater, there will be a concert by Red Pantano. At 9:00 p.m., at the Fairgrounds, the first edition of Folklore in the Pan”With different participating cultural associations belonging to the Regional Federation of Folklore, with the collaboration of the Albacete City Council, the Castilla-La Mancha Community Board, the Albacete Provincial Council and Globalcaja.

At the Posada del Rosario, at 10:00 p.m., the theater for adults will take place By them, a tribute to all those forgotten women, with the actress: Ángeles Cuerda; and original script and direction by Juanma Cifuentes. Half an hour later, at 10:30 pm, in the Caseta de los Jardinillos the public will be able to enjoy the humor of Martita de Graná.