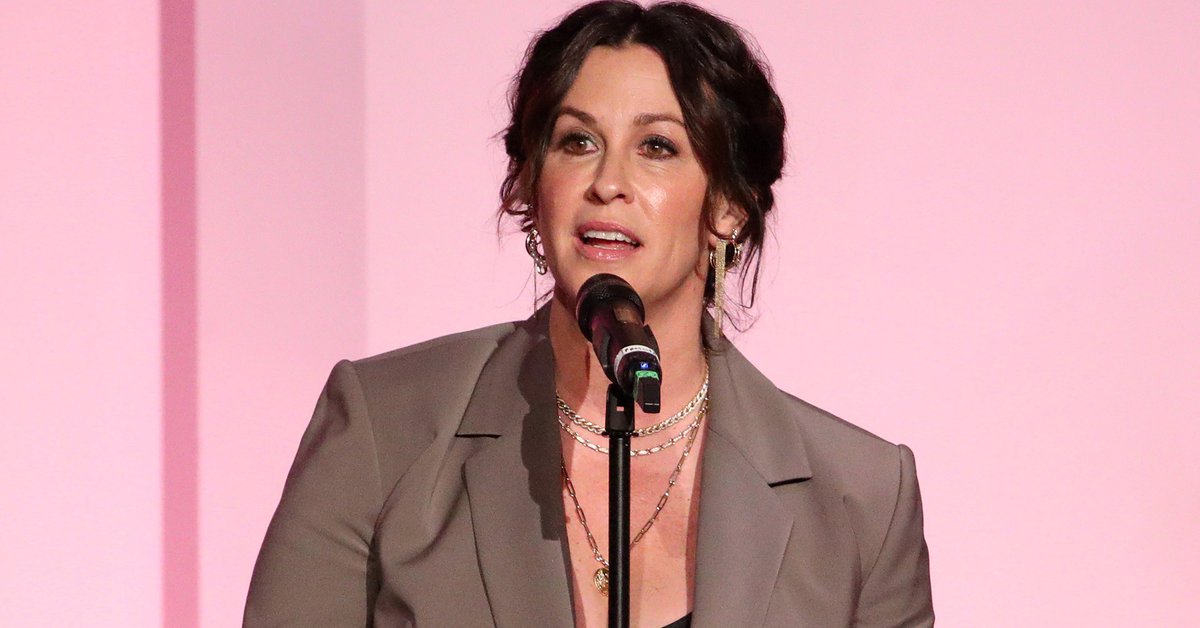 The documentary Jagged, made by HBO, chronicles the artistic career of Alanis Morissette and shows unknown aspects about his private life. In the production that was presented this Monday the 13th at the Toronto International Film Festival, The artist revealed that when she was 15 years old, she was raped by several men in Canada, reported The Washington Post.

“It took me years in therapy to even admit that I had been a victim”, The 47-year-old singer said she was abused as she became popular as a television and music star by signing a contract with record label MCA Canada. “He would always tell me that I had consented, and then someone would remind me: ‘Hey, you were 15 years old, you couldn’t give your consent.’ Now i think: ‘Yes, they were all pedophiles, it is a violation of a minor.’

In his story Morissette does not name any of his alleged abusers, but he clarifies that he did ask for help from some people who “turned a deaf ear.” “It was usually a time when they got up and left the room,” recalled the singer of hits such as You Oughta Know, Hand in My Pocket, Ironic that she was also pressured by the music industry not to tell publicly what she had suffered as a teenager.


Furthermore, the artist explains that it would be a mistake to think that her story now is a matter of timing after Me Too, the movement that emerged in 2017 to denounce sexual assaults, after serious accusations were made against the film producer Harvey Weinstein. And he pointed out that it is unfair for people to question why these kinds of accusations were not voiced before.

“A lot of people say, ‘Why did that woman wait 30 years?’ That they go to shit “, Alanis said, very angry. “They don’t wait 30 years. No one was listening or his livelihood was threatened or his family was threatened, “he explained. And then he affirmed that those who question women for taking time to recognize that they were abused should understand a reality: “Women do not wait, our culture does not listen to them.”

In this way, the interpreter who achieved international success with Jagged Little Pill, the album released in 1995 and which sold some 33 million copies was shown in a new stage of his life, telling his life story with total candor. Last year, he had already declared to the Sunday Times that “almost all women in the music industry have been attacked, harassed, raped.” And he pointed out that this type of situation occurs more in music than in cinema.

The seven-time Grammy winner stated that her reluctance to share these events was due in part to concern for her family members: “The fact that I did not share specific information about my experience as a teenager it was almost solely for wanting to protect: protect my parents, protect my siblings, protect future partners ”. Finally, Alanis Morissette decided not to participate in the premiere of the documentary that was directed by Alison Klayman. The reason is that she would be unhappy with the production.

How the celebrities did in PASO 2021: the test of Cinthia Fernández, the chances of García Moritán and Carolina Losada
Paula Chaves: “Motherhood helped me heal the wounds of my childhood and the bond with my mother”
Pamela David, with an open heart: her return to television, the emotion of remembering her brother and her desire to do politics
The Dipy celebrated the results of the PASO: “With or without secondary, always standing, never kneeling”