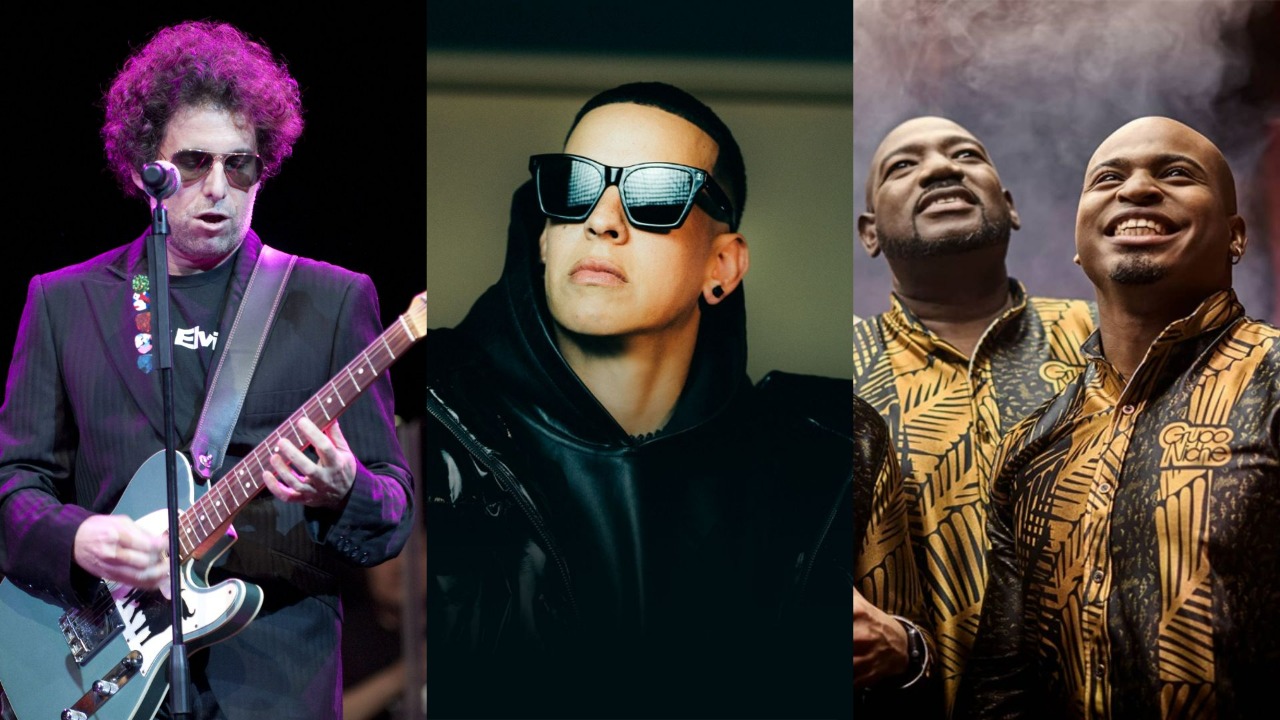 From concerts to plays, everything you can do this weekend or on your day off. Here we give you many options for you to choose from.

The Argentine singer will give a single concert this saturday october 15 in Arena Peru. The Argentine figure comes with his full band to present his 2022 Tour that covers the most select of his discography. In addition, this tour, which has Peru as its next stop, is being held to celebrate 25 years since the release of the iconic album “High Dirt”one of his most acclaimed albums. 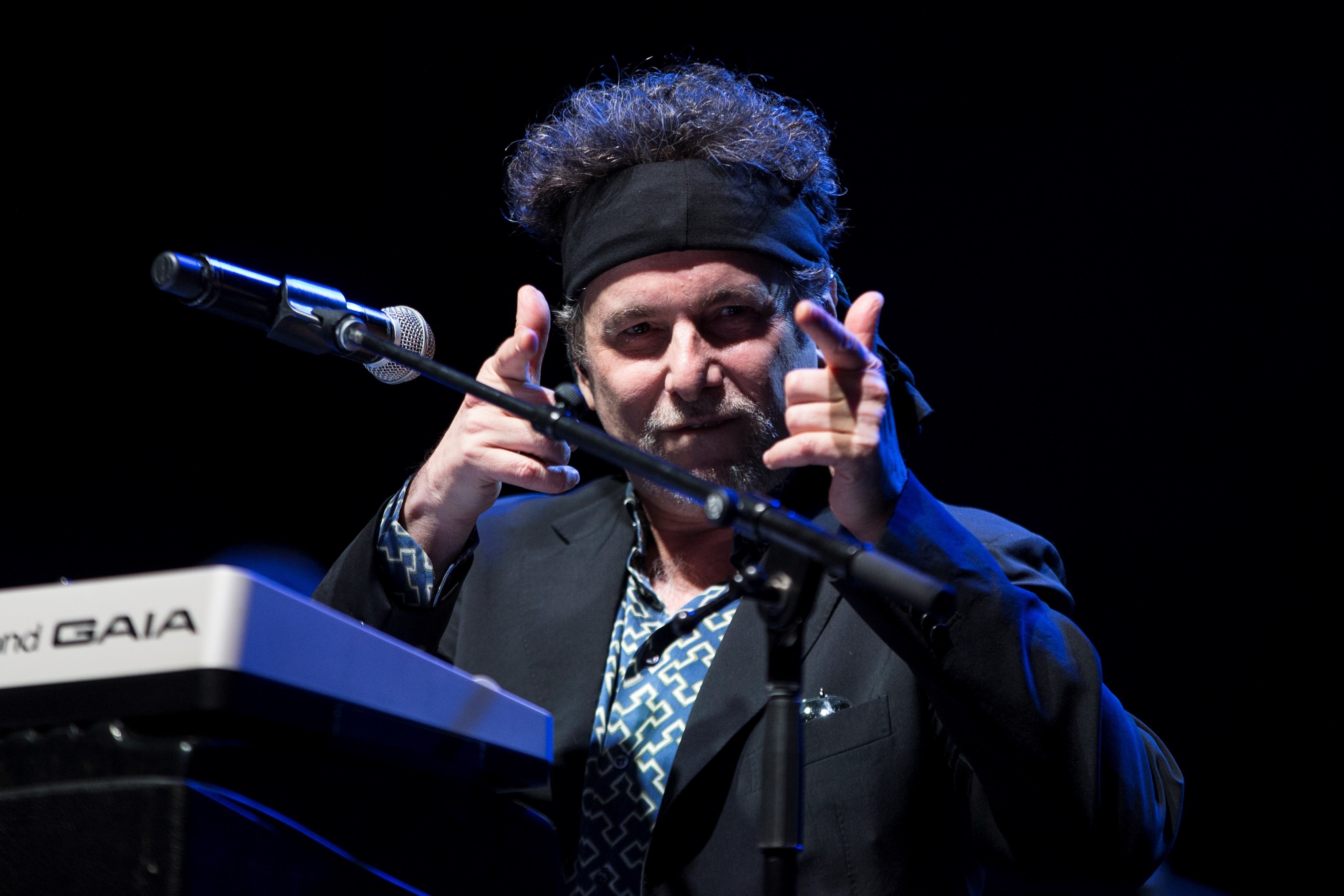 Patricio Suarez-Vertiz and his band will present a show this October 15. It will be a unique and memorable night, where you can enjoy his greatest hits throughout his musical career, from Arena Hash to his solo hits.

Minimum consumption, mandatory, per person 35 soles. Payment on the spot. Tickets at 100 soles through Joinnus.

Grupo Niche will celebrate its 40th Anniversary in Peru

Grupo Niche, one of the most emblematic salsa orchestras and performers of countless hits, will celebrate its 40th anniversary in our country. For this reason, the interpreters of “An adventure” will perform their show on October 15 at Arena Perú Explanada Olguín.

Accompanying the celebrations for the 40th anniversary of Grupo Niche, there will be recognized national orchestras, such as Brunella Torpoco, Álvaro Rod, Bembé Antonio Cartagena, Zaperoko, Conquistadores de la Salsa, Tania Pantoja and Caliope. Tickets from 110 to 385 soles.

Grupo Niche celebrates its anniversary with a concert.

daddy yankee will present two concerts in Peru. The first is scheduled for Tuesday. 18 Octoberwhile the second date is for the October 19. Both events will take place at National Stadium from Lima. With these presentations he will put an end to his farewell world tour, “The Last Return”.

Lasso will return to Lima to give one more concert on October 21. The appointment is in the Antitheater of the Exhibition Park. The show will be the closing of the tour as a way of thanking Peru for the support since the beginning of his career.

Show: “Paracas Ritual – The Sound of the Desert”

Percussionist Manongo Mujica (Peru) and drummer Terje Evensen (Norway) will star in “Paracas Ritual – The Sound of the Desert”, an unprecedented sound and audiovisual experience that promises to recreate the sound of the Paracas desert on the stage of the Great National Theater, next October 20, at 8 pm From 39 soles, tickets are on sale at Joinnus.

Carlos Álvarez: ‘And where is the president?’

Mary Richmond, you and the others

The first play that covers the life of one of the most emblematic figures of Social Work worldwide: Mary Richmond. The direction of Luciano Castro has a renowned cast, such as Teresa Cabrera, Alberto Vidarte, Silvia Ruiz, the first actor Fernando Pasco, Ricardo Combi as a guest actor, the special performance of Haydee Cáceres and the return of Gaby Linares as Mary Richmond. Suitable for over 14 years. Date

The appointment is at the Miraflores Auditorium Theater (Av. José Larco 1150) on Mondays and Tuesdays until November 1. Tickets in Joinnus.

Better times tells the story of Andrea (Alicia Mercado), who connects from California with her parents María Laura and Antonio (Denisse Dibós and Javier Valdés) who live in Lima, to celebrate the birthday of her brother Leandro (Mario Cortijo), who is studying theater in London. The imminent announcement of the separation of her parents from her at the reunion will be the necessary piece that will resurface hidden events from the past, from when they all lived together in Lima.

The appointment is at the Ricardo Palma Cultural Center, Av. José Larco 770 – Miraflores. The season runs until October 24, from Thursday to Saturday at 8:00 p.m., and on Sundays at 7:00 p.m. Tickets in Joinnus from 25 to 50 soles.

This work premiered virtually during the pandemic and was selected at FAE Lima 2021.

Sample: Rivers can exist without water but not without banks

The Contemporary Art Museum announces its next big exhibition: “Rivers can exist without water, but not without banks.” that will bring together more than 60 national and international artists, whose works are linked to our Amazon. The exhibition, which will run until April 2023, will be open to the public starting this October 20, in room 3.

Camila Cabello reveals details about her participation in ‘The Voice’ and her desire to return to Peru
Araceli Poma, the Peruvian who will compete against Rosalía at the Latin Grammy 2022: “Proud of my roots”
“I’ve quit my job”: Everything Daddy Yankee fans do to be in line and see it up close

Agenda from October 15 to 21: concerts by Andrés Calamaro, Daddy Yankee and more events