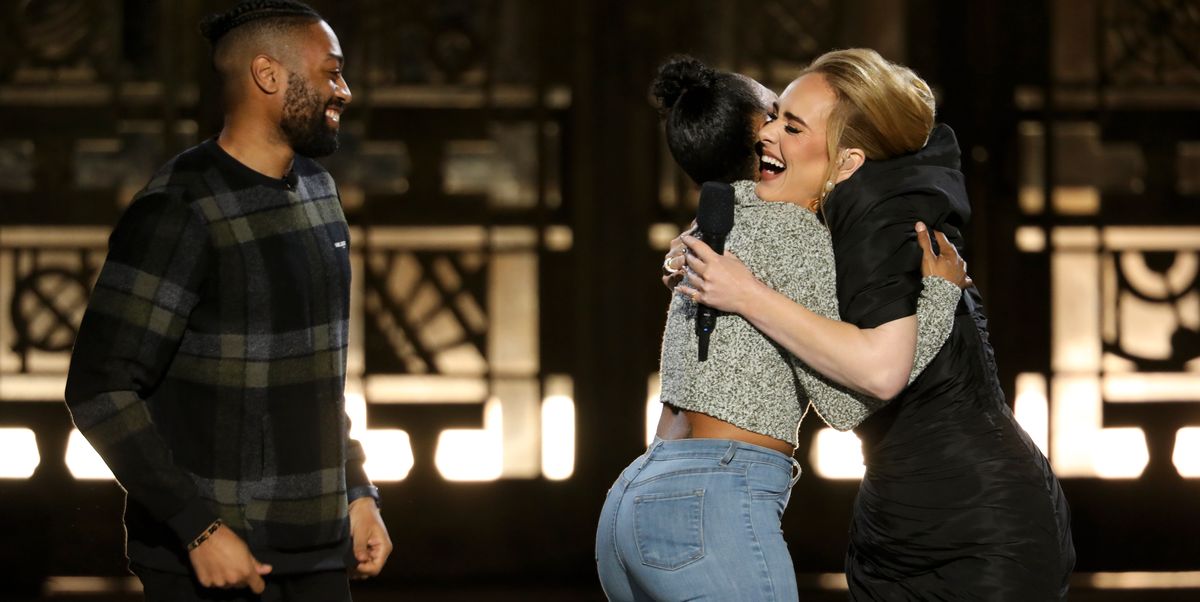 There are magic proposals and the next level is the most special marriage proposal that we have seen in recent years. Last weekend took place ‘Adele One Night Only’, a concert by the singer that, in addition to discovering the new songs from her next album, was also one of the most special of her entire professional career due to an emotional surprise that she revealed in the middle of it.

During the show, which by the way will be available on the platform Paramount+, Adele He performed some of his most iconic songs such as ‘Someone Like You’ or ‘Hello’. But, in addition, the singer wanted to return to the stage in style singing three songs from her new album, among which are: ‘Hold On’, ‘I Drink Wine’ and ‘Love Is A Game’.

But if his incredible voice and thoughtful lyrics were enough for us more than enough, The star further piqued the public’s interest by confessing that she had a big surprise.

Lights off and expectant silence. Thus began the exciting plan of Quentin Brunson. The young man who decided to prepare the best marriage proposal in recent years to his partner for seven years, Ashleigh Mann.

Quentin blindfolded his girlfriend and placed some noise canceling headphones so that the young woman would not imagine what was to come. When they reached the front of the stage, the man removed the blindfold, knelt down, and began to plead to her surprise.

It was at the moment that the girl accepted that Adele appeared from the shadows and began to sing the emotional song of ‘Make You Feel My Love‘. Act that moved Ashleigh even more and that can be seen just by looking at her face.

A magical place, surrounded by a good atmosphere, good music and with one of the best voices in the world today, they managed to make the most perfect proposal of all time. Without a doubt, they have set the bar very, very high.