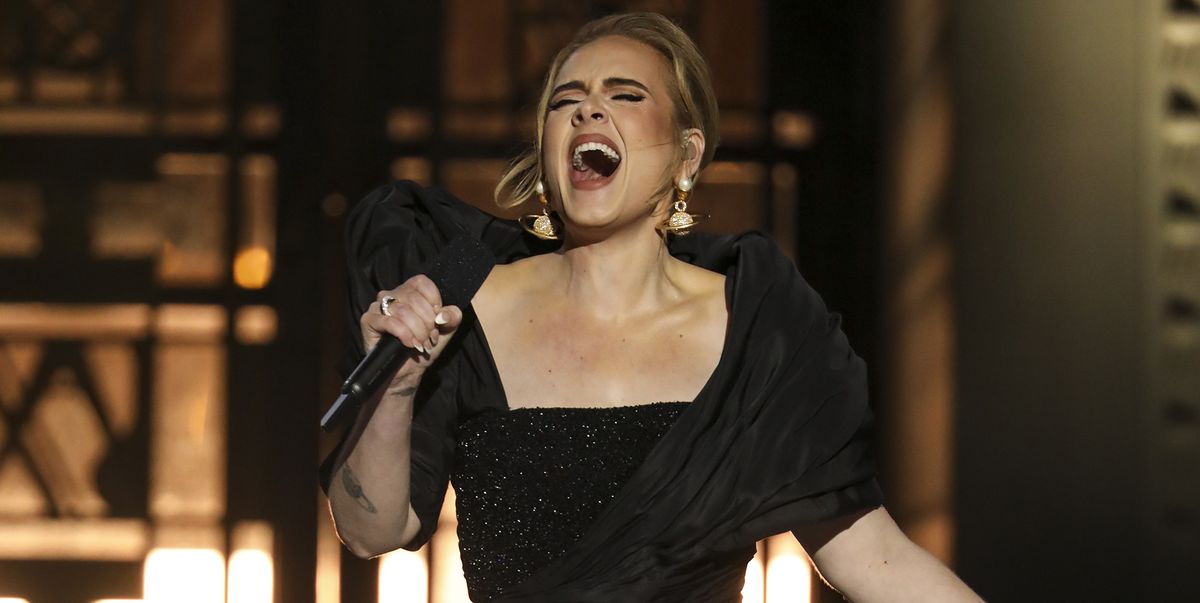 Has been the first time in which the fantastic music star gave a live recital after six years of absence on stage, since in 2015 we fell in love with ‘Adele: Live in New York City’, which on that occasion was broadcast on NBC.

Now it has been in completely different circumstances, broadcast by paid streaming through CBS and Paramount, under the title ‘Adele: One Night Only’ and in a wonderful setting, that of the Griffith Observatory in Los Angeles, which served as a lavish setting for some songs, those of the album ’30’, which were performed live for the first time.

Members of the audience included Lizzo, Melissa McCarthy, Gabrielle Union, Dwyane Wade, Tyler Perry, James Corden, Ellen DeGeneres … as well as Angelo, their young son, which was the first time, behind the scenes, he was able to see his mother perform.

Among the ten songs he performed was ‘Easy on me’, the first single from the fourth studio album ’30’ -which will be released worldwide next Friday, November 19-; but he also sang ‘I Drink Wine’, ‘Hold On’, ‘Love is a game’ and some of his greatest hits like ‘Hello’, ‘Skyfall’ o ‘Someone Like You’.

In addition to the spectacular concert, The 15 Grammy winner gave an interview to Oprah Winfrey, its first in years, which could only be seen in the United States and was broadcast in prime time. The questions and the answers were interspersed in the broadcast, and had been recorded in the same environment where Oprah interviewed Meghan Markle and Prince Harry.

Adele, during a moment of her concert at the Griffith Observatory in Los Angeles.

The artist revealed many aspects of her personal life, such as the way her marriage to Simon Konecki fell apart, from whom she separated in 2018. “I’ve been obsessed with a stable family my whole life because I’ve never come from one”, said the singer, whose father left home when she was just two years old.

On the show, 33-year-old Adele found out about her relationship problems by taking a quiz in a magazine. Apparently one of the questions was: “What would nobody know about you?” Adele blurted out to her friends: “I’m really not happy. I’m not living, just barely moving forward.” From there, the revolution arose within itself.

The singer admitted feeling embarrassed by the divorce: “I take the marriage very seriously … and it seems that now I do not,” she said, regretful. “Almost as if I disrespected him by getting married and then divorcing so quickly. I’m embarrassed because it was so fast. ”

Adele, who lives across the street from Konecki to facilitate living with her son Angelo, acknowledges that her ex was very important when she became famous: “I could easily have followed some dubious paths and self-destructive for being so overwhelmed by it all. And he came along and he was the most stable person I had ever had in my life up to that point. Even now I entrust my life to him “he explained.

Speaking of his music, he felt unable to reveal what the inspirational source of his lyrics is, but he did explain that he often talks about his private life in it so that he can help people who are going through the same: “Music helps me in many situations, and I would like to do the same with people … to remind them that they are not alone.”

Also came to light in the Oprah special her physical transformation, which has led her to lose 45 kilos in recent times, Adele attributed it to her anxiety. “I had the most terrifying anxiety attacks after leaving my marriage”, explained. “They completely paralyzed me and confused me a lot because I couldn’t have any control over my body.” Then he noticed that this anxiety was relieved in the gym and he started going every day: “That did a lot to get my mind back,” he said.

However, he acknowledged that not everyone has liked his weight loss; that there are fans who have been upset. But keep going: “It doesn’t shock me, it doesn’t even scare me, because my body has been objectified throughout my career. Either I am too big or too small, or I am good or I am not. “But it’s not my job to validate how people feel about their body. I feel bad for making someone feel bad about themselves, but that’s not my job. I am trying to figure out my own life. I can not add another concern “, concluded.

‘Adele: One Night Only’, the concert with which the British showed that she is better than ever