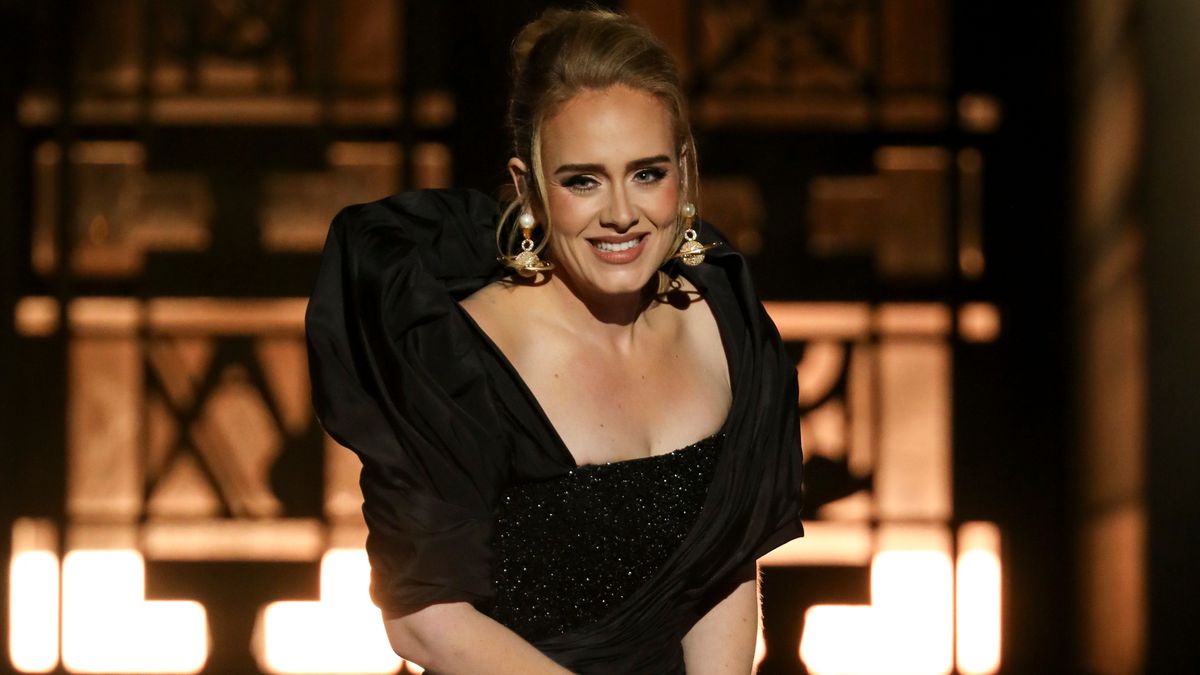 Adele’s return to the stage and her latest interviews have left numerous surprising statements for the fans after opening up about his divorce or alcohol problems who came to suffer after achieving fame. But this time it was she who was astonished under the spotlight when she met the teacher who most inspired her in her childhood, a meeting that has gone viral on social networks. The singer of Easy on Me has recorded a special concert in the UK called An audience with Adele (“An audience with Adele”, in Spanish) after the release of his latest album, 30, which aired on November 21 on the British television channel ITV. Not only did her followers enjoy her music, but well-known faces could be seen in the audience such as the model’s. Naomi Campbell and the actors Samuel L. Jackson O Emma watson.

It was the actress Emma Thompson, winner of two Oscars and two Golden Globes for her recognized performances and her long career in the world of cinema, who, in a round of questions, has asked the superstar about her mentor. childhood. Someone to “support, protect and inspire” to overcome the obstacles of youth. “Yes, I had a teacher in Chestnut Grove who gave me English classes,” recalled the 33-year-old artist. “It was Miss McDonald.” When asked if she was still in contact with her, Adele replied that she had not seen her since she was 12 years old but that, in her own words, it “changed her life.”

“She was great. She made us care about literature and we knew that she cared about us ”, she has narrated, after stating that the interest in the letters that her teacher cultivated in her was an important factor that determined her beginnings in the composition of her lyrics. “I identified so much with her that I always looked forward to her classes,” he confessed. After that last sentence, Adele realized what was happening. He scanned the audience and asked, with a hint of emotion in his voice, “Is he here? Is Miss McDonald here? Once the spotlights turned on her once-teacher, the singer burst into tears. The emotional reunion and the tears of the Londoner have made the networks explode.

Her former English teacher emerged from the crowd as the room erupted with cheers and applause. After the approach, both merged in an embrace. “My God, I’m so proud of you,” McDonald said. When Adele said she was not expecting the reunion, her former teacher assured her, “It’s okay. It was supposed to be a surprise ”, causing the singer to laugh.

Thompson’s question was joined by other stars, such as actress Dawn French and the former soccer player and coach. Gareth Southgate, with whom Adele maintains a friendship. Finally they asked him with whom, of all the famous attendees, he would like to collaborate, an honor that the British actor and model has taken Daniel Kaluuya. “I think you are the best of actors, really. I am hypnotized by you and by your work ”, Adele pointed out in her presence.

The singer-songwriter’s latest project went on sale on November 19, becoming her fourth studio album and the most personal of his career.