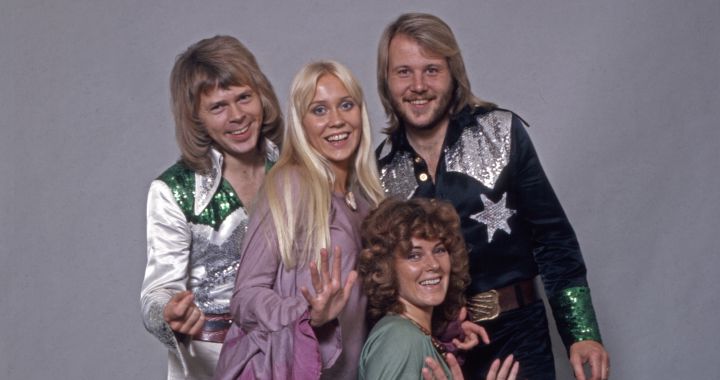 Today it would be unthinkable that ABBA had to cancel a concert due to poor ticket sales. Or that their actions were not profitable and employers lost money by hiring them. We would not give credit to a criticism in the press in which it was highlighted that the atmosphere in their concerts was heated … “because ABBA was showing too much skin.” But all this happened the first time that the Swedish quartet stepped out of their ‘comfort zone’ and made their debut on the European stages. On November 17, 1974, Agnetha, Bear, Benny, Anni-Frid They started their first ‘European tour’, a tour with lights and many shadows.

We are in 1974. ABBA had just been born and released its artistic name. On April 6, the four unknown Swedes won the XIX Eurovision Song Contest and his popularity skyrocketed. As Björn would admit, their victory in the contest was “the only route a Swedish group had to succeed outside of Sweden.” And that was their main objective when they took the risk of debuting on the European stages. The victory of Waterloo in Brighton.

Initially, there were high expectations placed on the group and concerts were planned even in United Kingdom, Netherlands, Belgium, France, Turkey, Israel, Greece, Yugoslavia and Spain. But those plans were eventually abandoned. Reality prevailed: the group had a very small repertoire and outside of Sweden they were only known for Waterloo and a little more. Finally the tour was reduced to Germany, Austria and some Nordic countries like Finland, Denmark, Norway, and of course Sweden. The show scheduled for Zurich (Switzerland) had to be canceled due to lack of interest: no tickets were sold.

Nothing was left to chance

ABBA’s 1974/75 European tour was divided into two parts (each lasting two weeks). The first in November 1974 and the second in January 1975. And this was because Agnetha and Björn did not want to be away from their daughter Linda for a long time.

They were his first concerts since his Eurovision triumph, and they were prepared extensively for three months. Nothing was left to chance. Bjorn and Benny now had to reproduce the same perfect sound on stage that they had created in the studio. The group’s reputation depended on it. They hired seven of Sweden’s best studio musicians to have a top-notch band. They rehearsed between November 5 and 15, 1974 at the Instituto Rudbecksskolan located in Sollentuna, a municipality north of Stockholm.

22 people traveled with the group. As was customary at ABBA, the visuals were carefully worked on: light effects, soap bubbles, costume changes and fireworks as the end of the party. Agnetha and Frida had rehearsed the dance steps with the choreographer Graham Tainton. The costumes, designed by Owe Sandstrom and Lars WigeniusIt was more extravagant than ever.

Everything was more than ready so that on November 17, 1974, ABBA’s first European tour began in Copenhagen, the Danish capital. That night, the tickets were sold out and the reviews were favorable. But it was an exception. The following concerts of that first leg of the tour were disappointing. The enclosures were half full. Even a couple of performances were canceled due to poor ticket sales.

“I remember it was completely unfortunate.” According to the tour producer, Thomas Johansson, it was ABBA’s European labels that wanted to promote them through a tour. With a single great success in his repertoire, Björn felt that “it was too early. We had not accumulated enough credibility to sell all the tickets in large venues and venues like that ”. 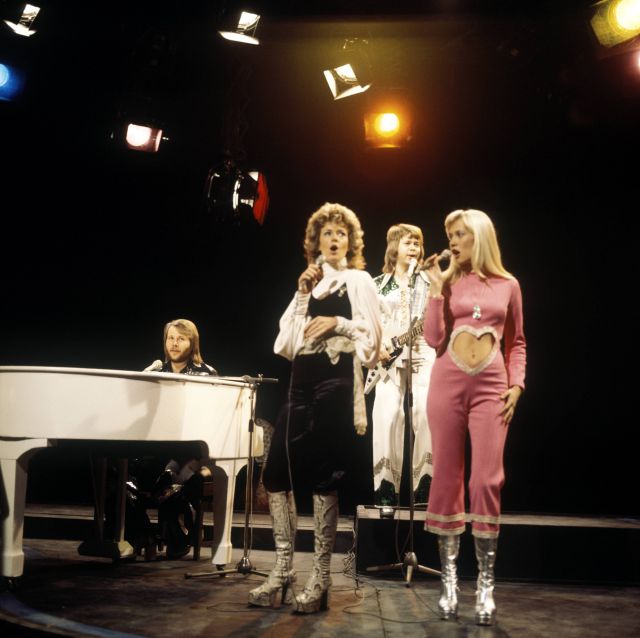 “ABBA showed too much skin”

ABBA also had to face criticism from the press. Many were negative or were written in a mocking tone and ridiculed. “We thought we were getting some people to reject us here and there. Especially in Germany and Austria, where our albums were always at the top of the charts. We also thought that we would sing in front of a younger audience. Most of the people were between 25 and 30 years old, “writes Ulvaeus in ABBA The Book.

Today, almost half a century after that November 1974, it is shocking what Gerold Büchelmaier wrote in the German edition of the magazine Bravo: “Anni-Frid and Agnetha received two-hour dance classes daily. The result: They flitted across the stage like they were Vegas girls. However, the main reason why the atmosphere at their concerts was heated was that ABBA showed too much skin. More than any other group before. The boldest were Björn and Annafrid. Björn wore a shiny, form-fitting, Mick Jagger-style suit. Annafrid appeared in a short jacket and a mini skirt cut 18 times. ‘We, as Swedes, all we want is to have a sexy image,’ says Annafrid. ‘And we have no problem showing so much meat. The main thing is that they stay with the music, which is the most important thing ‘”.

“I lost money on the first ABBA tour”

From a financial point of view, this first leg of the tour was not very profitable. Fritz Rau, the German promoter said: “Immediately after the grand prize, I turned to his producer on the Swedish tour. He very much wanted ABBA to come to Germany, but it was a financial failure. Indeed, people had listened to ABBA, they were the winners of the competition, but at that moment the public did not know if that would also mean that they would enjoy a magnificent night. So I lost money on the first ABBA tour, but I got that money back several times later when tickets were sold out in big venues. “

In the second part of the tour, between January 10 and 22, 1975, the group toured the Scandinavian countries and the results were very different. Every night, they filled the venues where they played.

Touring was always ABBA’s Achilles heel, a somewhat complex aspect almost from the start. The members of the group did not feel comfortable when they had to undertake a tour outside their country, especially Agnetha: “For me, doing a tour had everything I did not like; too much time away from my children, long trips, changes of hotels every day”. So much so that throughout their 10-year career, they only embarked on three tours outside of Sweden. The third, and last, was ABBA: The Tour. Between 1979 and 1980 they toured the United States, Europe and Asia: 52 concerts in 40 cities in 13 countries.

Now, after a ‘break’ of almost 40 years, ABBA returns to the stage in spring 2022. Of course, in virtual format. It will be their avatars, dressed in the same outfits they wore in the 70’s, who will present in concert the new songs that they have just published on Voyage.

ABBA’s unfortunate first tour: “It was too early”