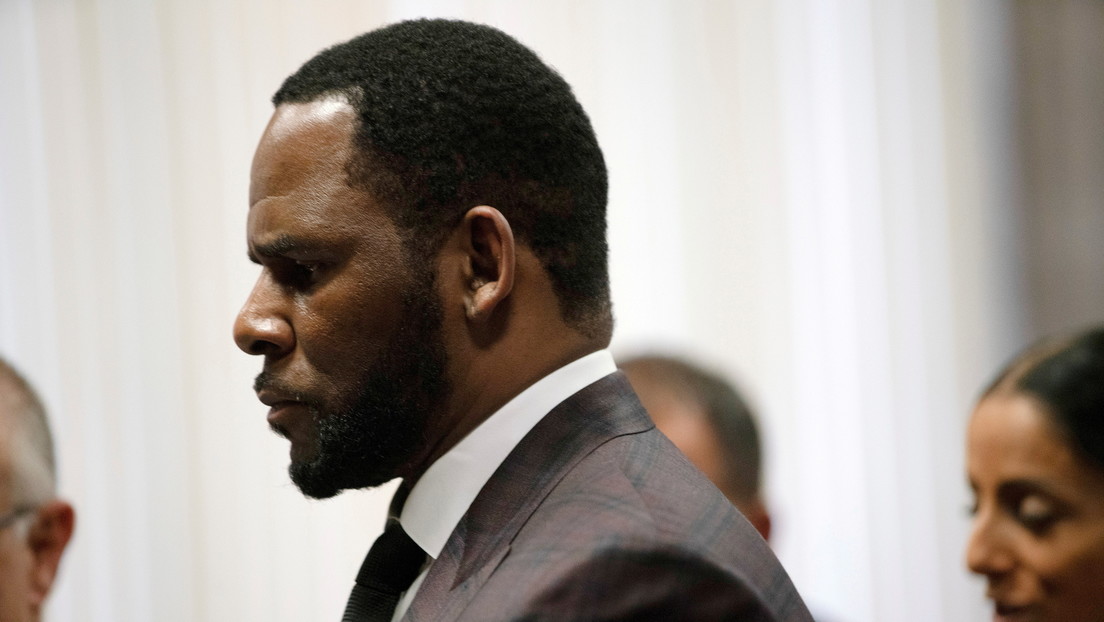 A 23-year-old girl testified this Monday during a court hearing that the American singer R. Kelly sexually abused her in 2015, when she was a minor. He detailed that the R&B star pressured her to have sex as a price for helping her pursue a singing career, and berated her when she contracted herpes from him.

The woman, identified as ‘Zel’, revealed to jurors in Brooklyn Federal Court that she met the artist when she was 17, during her ‘Black Panties’ tour, after the singer’s partners gave the then teenager his number with the warning: “Do not tell anyone”, pick up New York Post.

When the two met in his room at the Dolphin Hotel in the city of Orlando (Florida) with the excuse of an audition, R. Kelly told him that he needed to satisfy his sexual needs before he could continue with the audition, said the alleged victim . He added that he forced her to strip down to her underwear and convinced her to allow him to perform oral sex on her. “That didn’t interest me,” he said, adding that “I just wanted to sing.” Noted that the singer promised to take care of her “for life”.

Zel said she traveled with Kelly that summer, and the artist continued to abuse her, punishing her “every two or three days,” leaving her bruised and sometimes causing her skin to tear. He testified that when he admitted that he had told a friend about his relationship with the singer, he attacked with “an open palm and a closed fist”, hitting her in the face, arms and “all over her body” and then grabbed a shoe and hit her with it.

The woman recalled that after the summer of 2015 she had to go home. “I had to go back to my last year of high school. […] I let him know that I was 17 years old. She was very scared. He slapped me with his open hand and left. “Zel stated that, however, he ended up leaving his home again and moved to Chicago, Illinois, to live with the defendant.

“Every time we had sex I had discomfort in my lower abdomen and pelvis. It reached a point where I could not even physically walk,” he explained, adding that the artist told him that “everyone had it,” referring to herpes. “He had contracted a sexually transmitted disease, a vaginal herpes“She pointed.” I was devastated. This man purposely hit me with something he knew I had. That I could have controlled, “he added.

Furthermore, he revealed that R. Kelly controlled his life for years, and forced her to abort in 2017. “I know you’re young, but that’s no excuse to destroy me,” she told Zel when she found out she was pregnant, according to the young woman.

For his part, another alleged victim, Jerhonda Pace, testified Last week the singer forced her to wear pigtails and put on a Girl Scout uniform and filmed her having sex when she was 16 years old.

He noted that the singer forced her to follow “the rules”, including demanding that she call him “daddy” and denying him food or the use of the bathroom. He said he also got herpes.

R. Kelly, 54, whose real name is Robert Sylvester Kelly, faces nine counts of conspiracy, and prosecutors accuse him of sexually abusing girls and women and recruiting his accomplices. He faces 10 years in prison if convicted. He also faces charges under the Mann Act, a 1910 rule that prohibits the transport of “any woman or girl” across state lines for “immoral acts.” Authorities maintain that he kept a harem of underage girls whom he abused at his Chicago mansion and elsewhere under strict rules of conduct.

The musician, who is stopped in the Brooklyn Metropolitan Detention Center since July 2019, has denied all accusations.