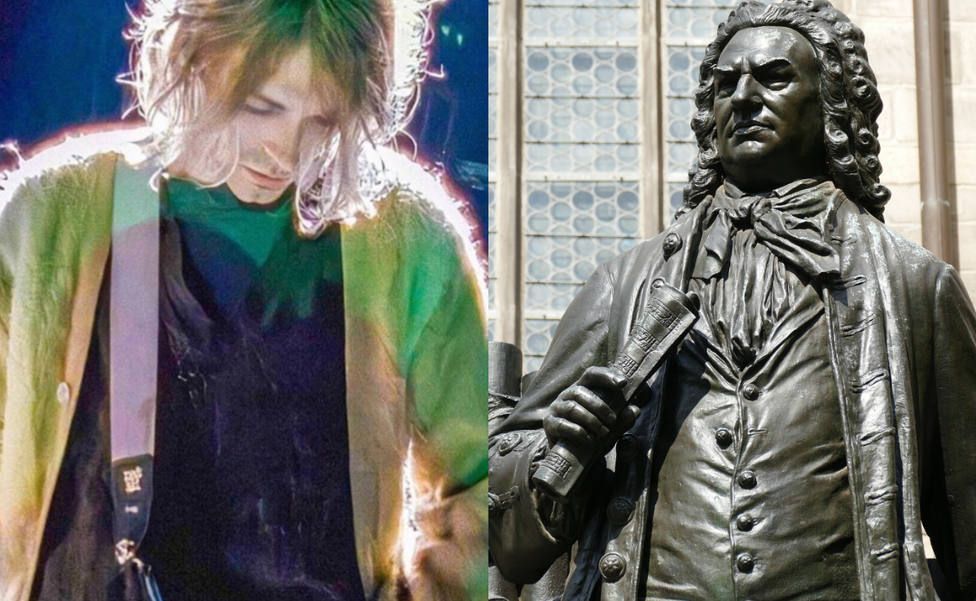 The legend of Kurt Cobain it is eternal. All the artists agree on them. Without going further, the last to make public his admiration for the leader of Nirvana has been Ron “Bumblefoot” Thal, the one who was guitarist of Guns N ‘Roses and current ax of Sons of Apollo. In a recent interview with “I Ask No One With Kevin Re LoVullo” (transcribed Blabbermouth), the guitarist talked about how he had been influenced by Cobain’s style, when it came to playing and composing songs.

“His guitar was the way to dig and mess and just hand it over. And his voice. But what I loved about Cobain was really the writing, the songwriting. I’m assuming it was intuitive. But did the same kind of shit that Bach (historical German composer) would do, to the extent that it is mathematically correct and exact. And compose everything so that it is always in perfect harmony “, surprised the guitarist with his admiration for Cobain.

“Whether you’ve studied it or just knew it, you just heard it, but you absolutely did. I could spend the next hour just breaking down everything and all the music theory... If you had to take the math behind the music of why things work, all its things add up “, ended up putting Kurt Cobain’s musical excellence through the roof.

The harsh opinions of Ron “Bumblefoot”

In an interview a few months ago with The Sessions (transcribed by Blabbermouth.net), former Guns N ‘Roses guitarist and current Sons of Apollo ax, Ron “Bumblefoot” Thal, charged against the music industry, stating that most people in the industry “They are liars”, in addition to narrating his experience throughout his vast years of career as a musician, both alone and as part of bands.

“In the music industry, 99% of people are liars. I tell you directly. Let me look at the camera: 99% of everything is shit … This business is full of people who survive by manipulating and taking advantage of people who have passion, there is a lot of that. You learn by being deceived. It is the best education you can receive ”.

“You can be four to eight years in college, but until you get ripped off in the music industry, probably a no-nonsense record company or manager … There are also some producers who are not really producers, you pay them to sit in. the couch while you’re doing all the work. They stand there, eating someone else’s money, and they tell you, ‘Do it again. You ask them: ‘But what do I have to do differently?’ And they say, ‘Just do it again.’ You know, they don’t have an iota of creativity. In the end, you learn what you don’t have to do, and that is important, very important ”.

Thal joined Guns N ‘Roses in 2006 and appeared on the controversial 2008’ Chinese Democracy ‘, even though the album was already written when he came to the band. The album took 13 years to forge and did not sell all that was expected, only half a million copies.

A rock star’s surprising take on Kurt Cobain: “He did the same shit as Bach”