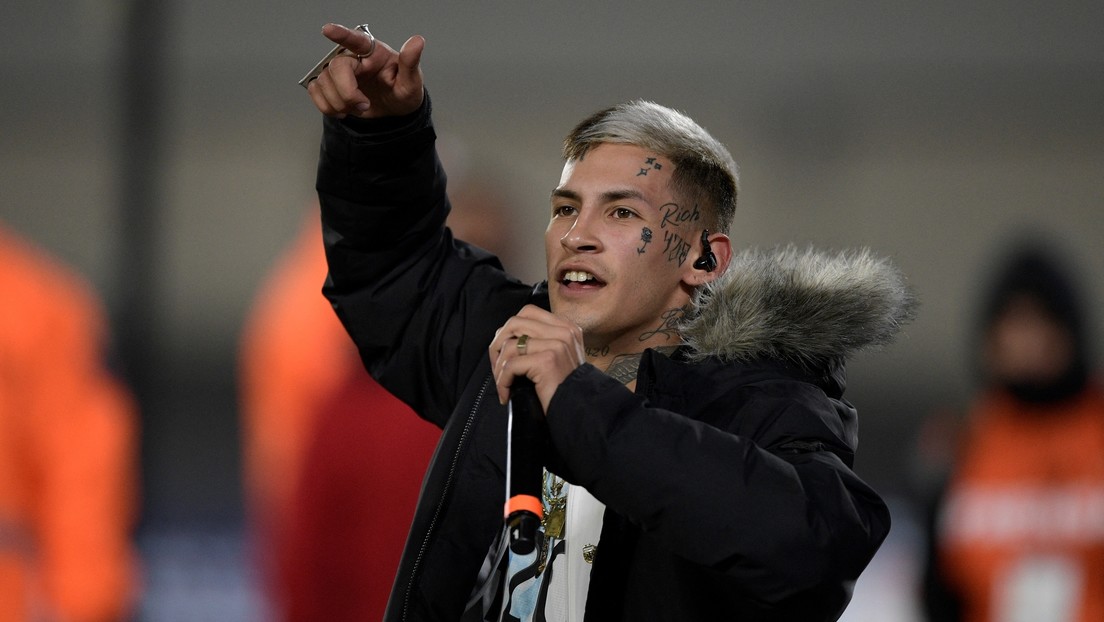 The incident took place under the watchful eye of the authorities, who did not try to prevent the incident despite being a clear violation of traffic laws.

The Argentinean cumbia singer Elian Valenzuela – better known as L-Gante – stars in a new controversy in his country, after being seen mobilizing in a luxurious sports vehicle without license plates. The event became news when the artist himself shared, on his Instagram account, a video of his arrival in Neuquén, in Argentine Patagonia.

The recording was published on Tuesday in the ‘history’ section of the singer’s profile. In it, a Chevrolet Camaro convertible appears, waiting for him on a runway at the Juan Domingo Perón International Airport after his arrival in that city. “Especially for L-Ghent, without patent [matrícula], as he likes it, “the musician is heard saying as he shows the car.

In other images Valenzuela is seen walking through the streets of Neuquén, aboard the Camaro and accompanied by a caravan of motorcyclists on his way to the town of Vista Alegre Sur, where a few hours later he had a scheduled presentation.

In accordance with local media, the incident happened under the gaze of the Airport Security Police (PSA), which did not try to prevent the car from being driven without identification, something that constitutes a clear infraction punishable by the traffic law. Users of social networks expressed their outrage that the traffic authorities did nothing to stop the sports car.

Apparently this is not the first time that L-Ghent has been involved in a reckless driving case. Last month he was the subject of criticism for a video in which he appears driving a van while carrying his newborn daughter in the front seat, without any protection, when traffic regulations force them to children under 10 years old ride in the back seat and in special seats.