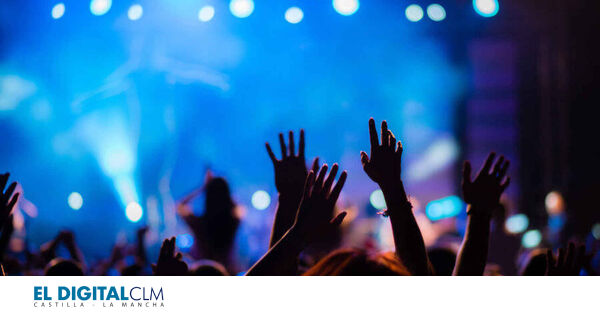 The Suakai group, dedicated to the production of musical and scenic shows, will begin on August 7 in Navarra a tour of “Music in every corner”, which will program an adaptation of its show “Luces, Música, Acción” in 16 appointments in the smallest towns of each autonomous community.

Many of them are populations of 7 or 8 inhabitants, which has fewer people than those who will come to act, Suakai co-director Iván Carmona pointed out in a press conference, explaining that this project was already tried to be carried out last summer, but COVID-19 reduced the expectations and finally there were 5 performances.

Now it is scheduled according to the plan initially planned, with the tour of an audiovisual show that It was released last year in an originally surround sound and 360-degree lighting format., which will be adapted to these small towns, and whose backbone are the soundtracks of films like “Aladin” or “Pirates of the Caribbean”.

It is music from commercial movies but “adapted to this string and percussion format, one of the keys to the project. This music has been chosen because it is very close to anyone, “because” it automatically enters the ear and is liked by the majority. That is one of the keys, because if we were with very technically complicated music, that could perhaps be more of a hindrance than a help “.

Along these lines, the co-director of Suakai, Claudia Osés, recalled the good experience of last year’s concerts in towns where some neighbors had never seen or heard a live violin.

Both have valued the gratitude with which they receive their visit in these small towns and have assured that they “know how to appreciate” music, as in any other place, and has aligned the initiative in the work of many autonomous governments to support small towns and stop depopulation.

Carmona has added to all this the beauty of the places visited, scenarios to which they will adapt their show in each place, because “no concert is the same as the previous one”, although in all of them the music will be played with drums, violin and cello.

In addition, in each concert the winner of a contest that Suakai has previously held among the students of the conservatories of each Autonomous Community in which they are going to perform will intervene with them, who in addition to having obtained a cash prize are given the opportunity to play with the musicians of Suakai in the concert of their region.

For every Suakai concert has different sponsors in each communityIn many cases, the autonomous administrations themselves, which, as in Navarra, have integrated their appointment into existing schedules.

Thus, the General Director of Culture of the Government of Navarra, Ignacio Apezteguía, has valued the “professional and almost voluntary” initiative that this tour of “Music in every corner” represents, at the same time that he has valued the “vision of uniting territories” that it entails, and that it brings benefits not only to the places that serve as the stage but also to the musicians who attend.

“Many times you learn much more than what you are offering” in these circumstances, Apezteguía has affirmed.