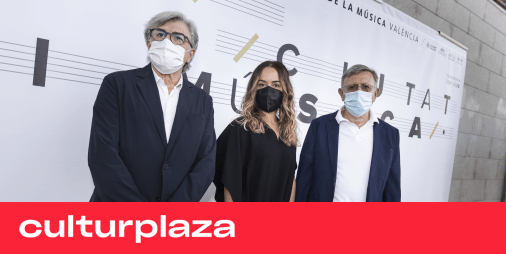 VALENCIA. He Palau de la Música continues to fight to maintain its programming beyond the closure of its space, since June 2019, and now with the health situation. And those seem to be the reasons why this season of subscription has noticed a notable decrease in its level. This is how those responsible, Vicent Ros and Gloria Tello, have wielded the lack of international orchestras and top-level figures, the proposal to make a subscription concert less, or that about half of these are directed by people from the house. The “prudence” due to the health situation has worsened the proposal -even- of last season, when the data were much worse: artists of the stature of Juan Diego Florez could be seen, or the first concert of the Spanish tour of the Orchestra Symphony of the Mariinsky Theater, and concerts of up to three international orchestras or a recital by Lang Lang were scheduled (although later canceled).

This year, the traditional concert by Sokolov, Boris Giltburg or Javier Perianes, as well as Pinchas Steinberg, Leonard Slatkin or the Valencian Francisco Coll, will be held. A program that “will drive the Valencia Orchestra”, in the words of the Palau’s artistic director, and that “subscribers will understand”. Without great figures, the recitals will be more popular, both in price and in proposal.

This transitional season between Ramon Tebar and Alexander Liebreich They “save” a very important part of the programming between the six concerts that the first one will conduct and the eight of the other. In this way, the Palau will be able to draw people closely linked to the project and not so much guests.

The programming budget, even so, remains at 822,000 euros, since “the proposals have been adapted to the covid situation and capacity restrictions”. Ros, even so, affirmed that he was more than satisfied with the proposed proposal: “you cannot imagine how difficult it is to maintain the programming in the conditions in which we are doing it,” he said yesterday, also making a veiled reference to the closing of the Palau.

On the other hand, after Beethoven and Iturbi, the axis of this year’s programming will be the local repertoire, recovered by a team led by Bartomeu Jaume. Almost fifty works rescued from oblivion or that will be played for the first time by the Orquesta de València and which will bring to light the few works written for orchestra by Valencian composers. The recovered repertoire will be played throughout all the recitals, and from the Palau they have shown “to be very proud” that international musicians and conductors are going to be the ones who know and make sound the Valencian sound heritage.

The idea is to maintain this commitment over time to recover the Valencian repertoire beyond this season. An idea that, in addition, is to the taste of the new director of the Valencia Orchestra, Alexander Liebreich, as he already said in his presentation and Ros reaffirmed on his behalf at the press conference.

In spite of everything, the loyalty of the Palau wants to continue being the same as always, and the one that was also demonstrated last year when 90.5% of tickets put on sale were sold (that is, with the capacity restrictions and the subtracted invites). According to Gloria Tello, there has been a change in the trend in sales: insecurity due to the health situation made the public choose to buy tickets individually instead of season tickets, so a significant drop is expected that the press has not been able to quantify why the councilor did not provide the data, despite asking for it on several occasions. According to Tello, focusing on these would be a bad journalistic approach.

The tender for the works, close to its publication

As this newspaper has been able to know, the deadlines for the bidding of the works of the Palau de la Música are being fulfilled within the shock of having to carry out a new study of tastings. Municipal sources assure that it is a matter of days before it is published, after having already received the results of the new studies and having been able to adapt the project, delivered by Santatecla on June 30.

In addition, it should be remembered that the approval of the rehabilitation project of the Palau de la Música de València will contemplate a reduction of three months in the execution period, from 18 months initially to 15 months, as well as a slight saving in the budget, therefore that the final bid budget drops to 12,682,730.35 euros.