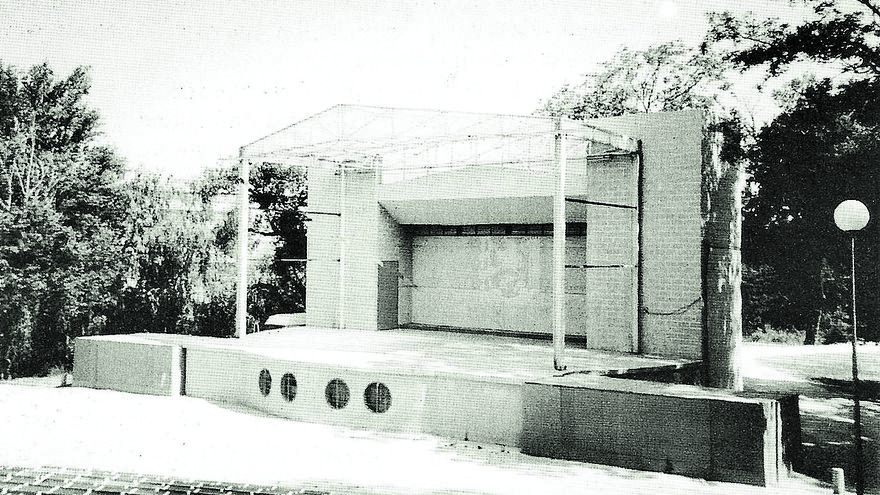 That the commitment to holding a summer festival in Zaragoza goes through recovering an emblematic setting of the Parque Grande José Antonio Labordeta such as the Winter Garden it is not something that should go unnoticed. Since its creation in the 60s, it was a place where folklore fundamentally became a site but in that same place, well into the 70s, took place one of the festivals that some may still remember. Names like Paco de Lucía, Youth O Massiel. It was in 1976 and everything was included in a program with which the bimillennial of the Aragonese capital was celebrated.

The Winter Garden, in any case, was losing strength and practically disappeared from the programming with the arrival of the amphitheater of the Rincón de Goya, opened in 1985 and that, from its inception, became the beacon of summer cultural programming. The list of concerts that could be enjoyed there is very long and of many styles since names such as Heróes del silencio, Leonard Cohen, Camarón de la Isla, John Mayall, Radio Futura … just to name a few first names. The location and the particular symbiosis that occurred between the public and the artists soon turned the place into one of the most recognized of the Zaragoza scene. However, the lack of investment in the place and the passage of time caused the installation to fall into decline and, after municipal officials did not consider it appropriate to rehabilitate it, they decided to demolish it. in 2006 before a wave of massive protests especially between the world of the Zaragoza music scene.


The Winter Garden comes to life with Outdoor Music

It is true that in recent years, the Rincón de Goya was no longer the benchmark it was but, curiously, after its demolition and the tornado of the Expo, a new summer experiment emerged, the Ebro festivals, which moved the musical offer mainly to the amphitheater next to the bridge pavilion, an infrastructure, by the way, that today is wasted and runs the same danger as the Rincón de Goya … With the Ebro Festivals, sponsored by the then Councilor for Culture and Grandes Proyectos, Jerónimo Blasco, the city once again recovered a summer cultural offer. Something that allowed artists such as Julieta Venegas, Corizonas, Kiko Veneno, Lori Meyers, Luz Casal, Los planetas, the Lagatavajunto festival, Pablo Alborán, Fito y Fitipaldis, Chikos del Corn or the Zaragoza Ciudad festival to pass through the amphitheater next to the riverbank. when it brought the world’s first rap names … However, even though it held the brand despite constant budget cuts due to the crisis, In 2015, the Ebro Festivals held their last edition. Now, Zaragoza, with the cycle Música al raso, intends to recover that summer space to give a musical offer (in the form of a festival, which allows the public to include the offer under the same brand) and seek, according to the city council, to convert the Aragonese capital is a meeting point for followers of culture who can find a cheaper offer.