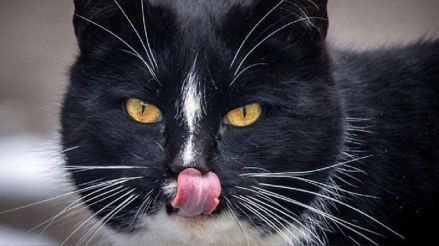 A band hires a catThus, they assure that their meows are full of emotion.

In today’s music it is normal to find sounds that humans can hardly produce. There are some people who choose to use autotune to fine tune their voice and others who prefer to use their cat.

Anna the owner of cat, released a press release, where he revealed that when he adopted his kitten Roope-Shakir, he soon realized that he was a prodigy in the musical field. “The meows he was throwing were full of feeling, so it occurred to him to form a ‘cat metal band’. Although it seems not very credible, in this way they show that cats also have musical ears.

“I knew that Roope-Shakir had the talent from the moment he came to my apartment. I heard his excited meows and knew I needed to be in charge of a cat metal band. “, said Anna Mrzyglocki in statements to SDPNoticias.

She claimed to be inspired by music groups like Hatebeak who use the voice of a parrot for their songs or Caninus where voices they are put on by several pitbulls terrier. As every mother wanted to give her full support to cat and make him a star of music.

According to the representative of this band, All proceeds will go to a rescue shelter for street animals: Whiskers A-GoGo. If you want to help you can download the theme for a single dollar.