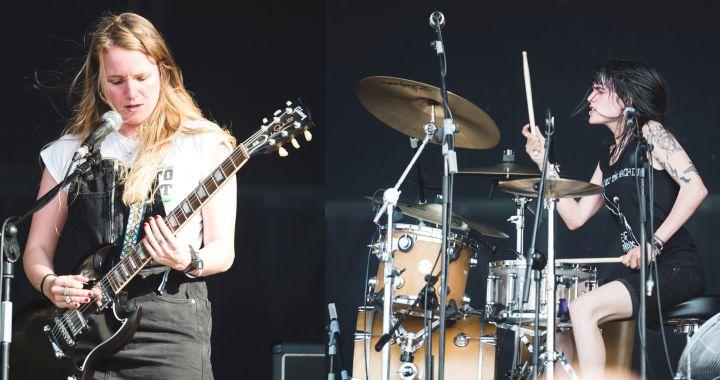 Bullet He has been making his place in the music industry for more than five years. And come on if they have succeeded! Anxela Baltar and Violeta Mosquera have become a sensation in the punk rock world. Galician by birth, the two girls have marked their ground to the rhythm of electric guitar and drums. And it is that nobody like them to demonstrate that in Spain good music is also made in this genre.

Now, the two artists are releasing their third studio album, under the name Undergrowth. With nine songs, among which is Shake (one of his most famous singles), the artists are once again faithful to their characteristic sound.

Again, just like in Lume (their previous album), Violeta and Anxela bet on songs in both English and Spanish. An understandable thing considering that they have toured all over the world.

So that you have them on the radar and get to know them a little better, we bring you six facts about them. So take note!

1. Three albums behind him

Since its inception, Bala has had three albums out. The first was Human flesh, where they bet on seven songs where drums and guitar solos are the real stars. In addition, in these early days, Violeta and Anxela bet entirely on the letters in English.

Then came Lume in 2017, an album with which they began to consolidate; and now Undergrowth, where the musics once again demonstrate what they are capable of to the rhythm of songs like My order, Not today or Rituals.

Unlike other groups, Bala has a simple origin, as they explained themselves in an interview for the medium El Correo Gallego: “We had other projects and we knew each other. As soon as the opportunity to play together arose in our heads, we did not hesitate … There was no other pretense than having fun and making a lot of noise. A lot of common influences came together. “

In addition, for the same medium, the two artists listed the groups that have influenced them during all these years: Nirvana, Bikini Kill, Black Sabbath, Led Zeppelin, Sex Pistols, Queens of the Stone Age or Jesus Lizard, they are just some of them. .

Besides, Bala was always with Dino, a stuffed animal shaped like a dinosaur. In an interview, the girls assured that the doll served them “to look sweeter.” Laughing, they have said that it was to disguise and that it was a cover.

5. They have performed outside of Spain

In addition to having earned its own niche in our borders, especially in Galicia, Bala has acted abroad. Has done it in IEngland, Germany, France or the Netherlands. Nothing bad! And they have a very international sound.

In addition, Violeta and Anxela can boast of having been invited to one of the most successful programs of the moment: The resistance. The two girls have come to the Movistar space presented by David Broncano. Will the manchego be a fan of Galician music?