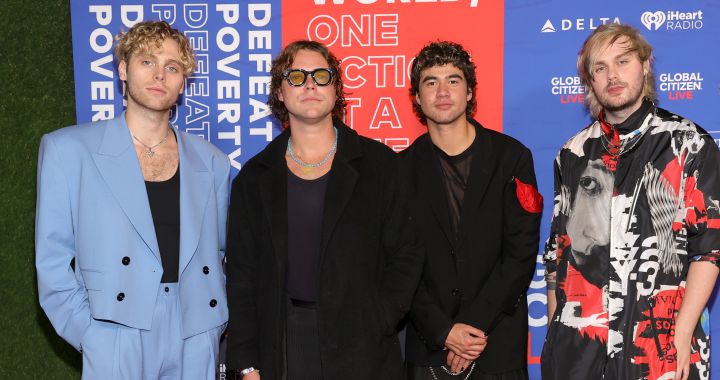 Pop rock band 5 Seconds of Summer He is celebrating his anniversary and showing that he is still in good shape. Australians return in style with new single titled 2011 and a presentation event via streaming to commemorate his ten years in music.

With this song, which is named after the year in which they began their musical journey, the members of the band want to pay tribute to this sensational journey of a decade. 2011 preserves all the essence of the Australian quartet and to make its fans participate in this release, the band once again performed live at a massive event that was broadcast live this Friday, December 3, from Los Angeles, California.

The live could be seen for free through his YouTube channel, where Luke Hemmings, Ashton Irwin, Calum Hood y Michael Clifford They will pick up their instruments again to present this song, the greatest hits of their career and show why they are still one of the best pop-rock bands of this century.

5 Seconds of Summer, in a recent promo image. / BMG

2011 It contains some nostalgia, but it is also a song loaded with the present. “I miss the days when we were young and not too smart / Just doing what we felt was right,” this new song begins. The track was written by Michael Clifford, Calum Hood and Nick Long and co-produced by Clifford and John Feldmann, who handled most of the band’s second album, Sounds Good Feels Good. It is the first song self-produced by the group.

“This year we celebrate the ten years of life of 5 Seconds of Summer. Without help from anyone, the best ten years of our lives. To honor every experience, lesson and person that we have come across along the way, we have decided to make this“ The 5 Seconds of Summer show ”, something that will capture the search for creation, the love for the relationship we have with our fans and the infinite limit of what it means to be in a band. Above all, with this we have rediscovered, a Once again, how beautiful it is to be able to share our history together. At the same time we will launch a new song called “2011”, which is a tribute to the past and a nod to what we have in store for the future. We have loved every minute that we have been part from this band For another ten years of 5 Seconds of Summer! ”the group said as a whole.

5 Seconds of Summer celebrate their tenth anniversary by premiering 2011, their new song