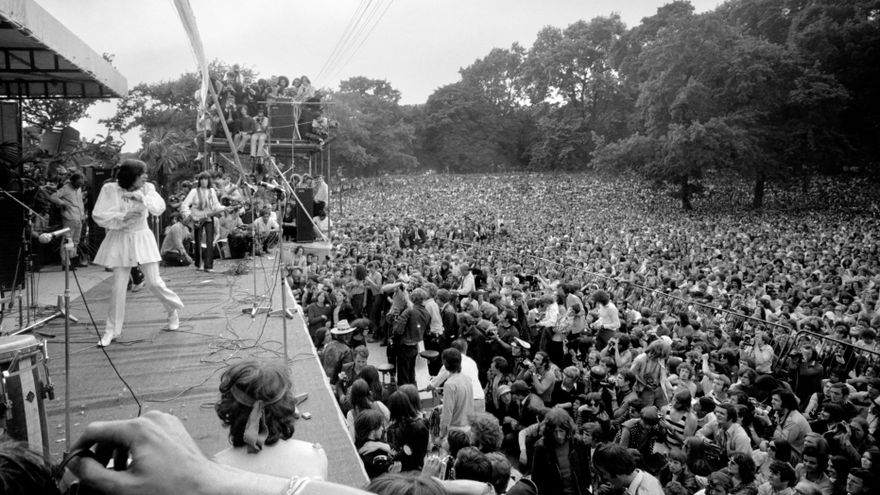 Next Saturday a free concert will be held in New York’s Central Park only for those vaccinated against covid-19 where Bruce Springsteen, Patti Smith, Elvis Costello and Maluma will perform, among many others. The public space of large cities has been the scene of memorable performances. Here are some examples.

William Steinberg conducted Beethoven’s ‘Ninth Symphony’ with the New York Philharmonic to a whopping 70,000 people. Beethoven beat the Beatles in the Big Apple with an outdoor concert with more attendees than would come days later to see the English group at Shea Stadium. The first music lovers to arrive at the park appeared at five in the morning.

The Rolling Stones stunned central London on July 5. Two days earlier Brian Jones, guitarist and founder of the band, had died. Mick Jagger came on stage dressed in white and recited a poem in honor of his partner, who died at the age of 27. In the concert there was no lack of ‘Honky tonk woman’ and ‘I can get no (Satisfaction)’. The group summoned more than 250,000 people.

For the Freddie Mercury band it was important to succeed in the capital of the country before its people. And he got it. More than 150,000 people attended the event on September 18, 1976 to commemorate the sixth anniversary of the death of Jimi Hendrix. The members of the band, who had invested a lot of time and money in the show – they themselves put money to publicize the event – felt like true heroes that night. The concert was a before and after for them.

Half a million people came in 1981 to the green lung of Manhattan to witness the duo’s reunion after the separation. Neither the success of that concert, recorded by the HBO channel, nor that of the live album and the tour that followed, served to keep the creators of songs like ‘The sound of silence’, ‘Mrs. Robinson ‘and’ The boxer ‘.

1991: Luciano Pavarotti, chest do in the rain

The popularity of the long-awaited tenor was made clear by his performance in Hyde Park. More than 100,000 lyrical lovers stood their ground despite the rain during the concert offered to commemorate their 30-year career. Only the sponsors and VIPS, such as the Princes of Wales, were in a covered area.