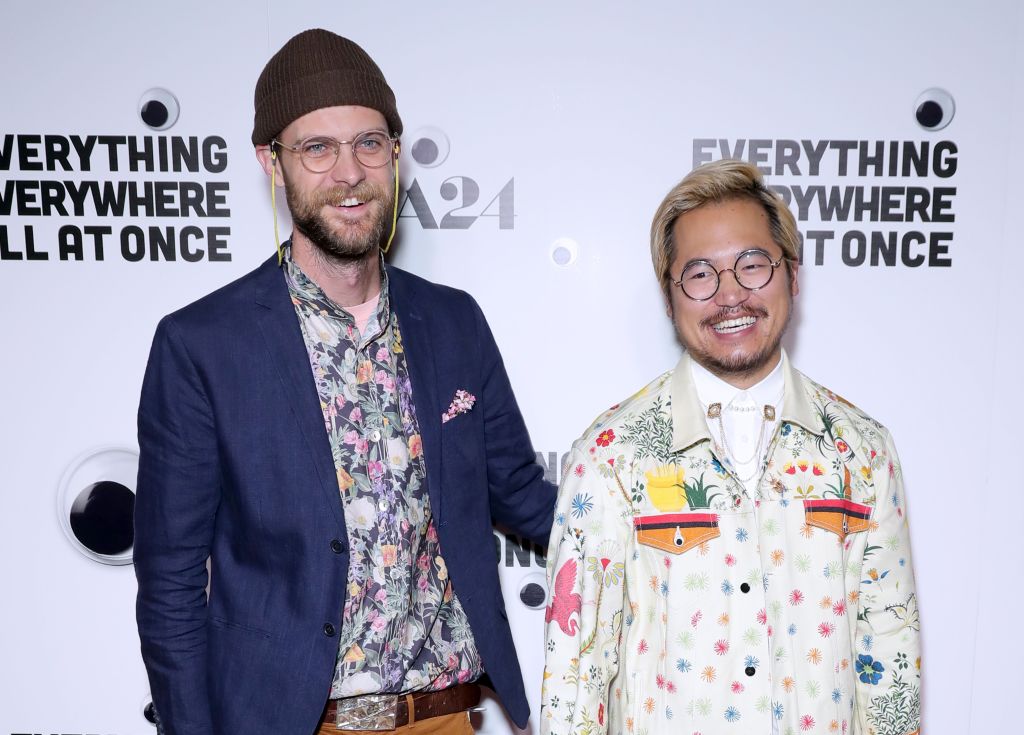 Definitely, Everything Everywhere All at Once It is a film that took both the film industry and the general public by surprise.. Although the concept of the multiverse is something that we have explored in other films, what this story proposes is totally different and came to completely refresh what we were seeing on the big screen. And we owe that to two masterminds: daniels.

It may not ring a bell, but Daniel Kuwan Y Daniel Scheinert They’ve been doing great things for a long time. They started out like many shooting shorts that attracted attention, until they got their big break working on series like NTSF:SD:SUV:: Y children’s hospital. However, all his talent was demonstrated with the tape Swiss Army Manstarring Paul Dano and Daniel Radcliffe.

You can also read: 5 points to get into ‘Everything Everywhere All at Once’ (the most outstanding film of 2022)

Daniels have a great past directing music videos

Although they have a good resume in film and television, the Daniels began to gain fame thanks to their work directing some spectacular music videos. It was there where they were forged and later, they would take the next step to tell those stories that are so fascinating and unusual, that right now are leaving many with a square eye, like Everything Everywhere All at Once.

Foster The People, Tenacious D, Chromeo, Battles, Kimbra, Passion Pit, The Shins, Jack Johnson and DJ Snake are just some of the artists this duo has worked with. And this time, we will remember some of his best video clips to show that ever since they collaborated with these musicians, they were already giving off glimpses of what they would do years later with their genius and talent.

In 2012, The Shins premiered Port of Morrowhis fourth record material. In this album he included a lot of songs that became classics of this group, but among the entire tracklist he stood out “Simple Song”a great song that appeared in several important series and catapulted them as one of the alternative rock bands of that time.

Of course, for this roll, they had to put together a decent music video, and for that they had the direction of daniels. In the video clip we see the funeral of the frontman and vocalist, James Mercer, represented in a surreal way. while the other members played a double role, as children of Mercer and as interpreters of the song. An audiovisual beauty.

Foster the People – “Don’t Stop (Color on the Walls)“

Throughout his career, Daniels has collaborated on multiple occasions with Mark Foster. However, when Foster The People was starting out, both these directors and the band believed in each other’s talent. And the reflection of this can be seen in the video of “Don’t Stop (Color on the Walls)“, the fourth single from the group’s debut album, torches.

The video clip stars Mark and the actress Gabourey Sidibe (who will be remembered for starring in the movie Precious). In the visual, Sidibe plays a driving school student who unknowingly lets a con man into her car (Foster). Both fight for control of the wheel while they start a frantic chase with a patrol car in true Hollywood style. Daniels and the band returned to work on “Houdini”but this was the first glimpse of what they could create together.

Turning up the decibels a little bit, we couldn’t leave out when Daniels collaborated with one of the most important experimental rock bands of the early 2000s, neither more nor less than battles. In 2012, the American duo released the single “My Machines”where a true legend of British music participates, neither more nor less than the great Gary Numanand these directors were in charge of the official video clip.

in this view we see Numan singing while behind him we see a guy falling down the escalators of a shopping center. Things begin to escalate when the members of the project appear on the scene, because that’s when the guy begins to fight harder to get rid of the stairs until he succeeds. A very strange but cool idea.

Tenacious D – “Rize of the Phoenix”

It seems that 2012 was a year full of creativity and great projects for Daniels, because At that time, the opportunity to direct the music video for “Rize of the Fenix” also arose.the song that gives title to the third record material of tenacious d. And it is that yesIf you have Jack Black and Kyle Gass, only something epic can come, that’s why the directorial duo did not disappoint and made the most of them.

The video clip begins with Jack and Kyle wearing robes and playing in the desert. But as it progresses, everything spirals out of control as medieval swords, dragons, strange people and more begin to appear (all thanks to the magic of the green screen). The ending is simply amazing, a true trip through the broken minds of these musicians and actors. If you haven’t seen it, you’re missing out.

DJ Snake – “Turn Down For What” feat. lil jon

Ok, we are sure that many listened ad nauseam “Turn Down For What”, the song by DJ Snake in collaboration with rapper Lil Jon and that inadvertently became one of the most important viral memes in the history of the internet of things. However, they may not know behind the video clip of this worldwide hit were neither more nor less than the Daniels.

Even if you don’t believe it, the protagonist of this visual is neither more nor less than Dan Kwanwho appears alongside actress and comedian, Sunita Mani. The story is extremely rare. in this clip they explore male sexuality in a very strange way, since they show us a subject who is so turned on by his nepe and focused on his testosterone that he shows it by breaking things. There is no doubt that this pair had crazy, absurd and amazing ideas for years.

5 Great Music Videos From Daniels, The Minds Behind ‘Everything Everywhere All at Once’