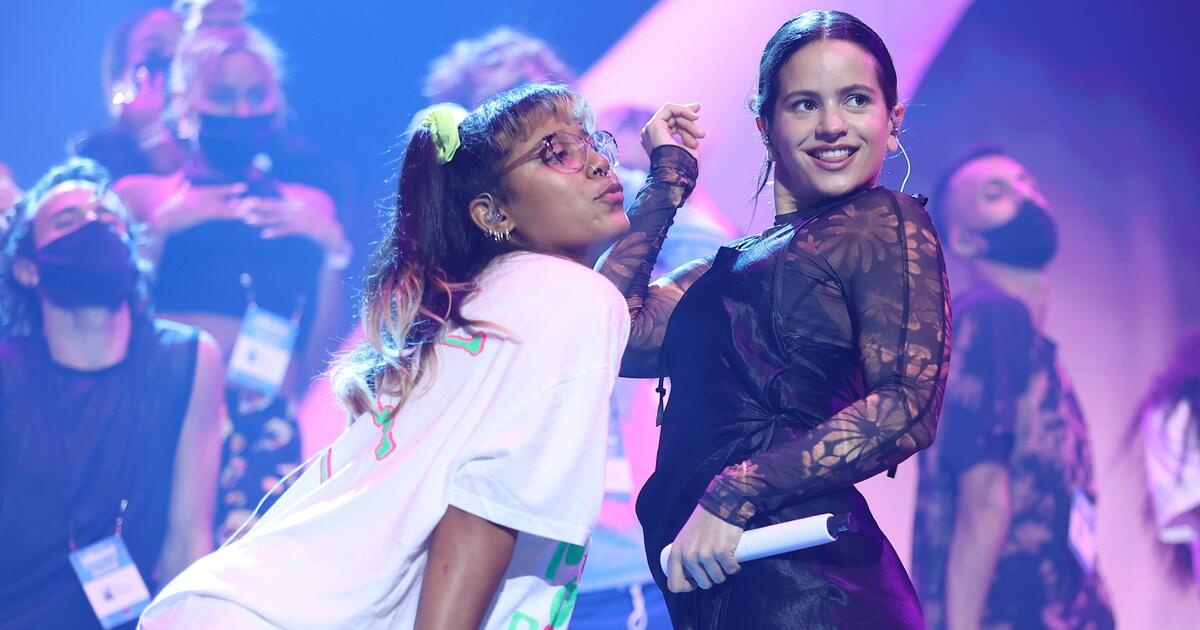 Only three days until the great night of the 2021 Billboard Latin Music Awards! This Monday rehearsals began from the Watsco Center in Coral Gables, Florida, where we saw great stars parade.

Get ready to enjoy a show full of music, many surprises and great presentations with the artists of the moment next Thursday, September 23.

Here we show you how it was lived and everything that happened on the first day of Latin Billboards rehearsals.

Natti Natasha she was the first artist to go on stage. The Dominican arrived at the venue accompanied by her fiancé Raphy Pina, both wearing t-shirts stamped with the word ‘Nattividad’, the new album by Natti Nattasha, which will be released one day after the awards.

Through her Instagram account, the interpreter of ‘Ram Pam Pam’ also shared some photos and videos of this day of rehearsals, in which she can be seen very excited to participate in this Latin music festival.

See also: How, when and where to see the 2021 Billboard Latin Music Awards

The singer Joss Favela, who has just released his single ‘How much to forget you’, will also delight us with his talent on September 23rd.

The Sinaloa native has become an icon of the regional Mexican genre and has collaborated with great music stars such as Natalia Jimenez, Greeicy and Gerardo Ortiz.

To this celebration will be added Rosalía and Tokischa, who will join the great cast of artists who will sing on the night of the Billboard Awards, such as Karol G, Carlos Vives, Marc Anthony and more.

Without a doubt the presentation of Rosalía and Tokischa will be one of the most anticipated of the night, as they have just released their first single together entitled ‘Linda’, and it will be this stage in which they perform it for the first time completely live.

Do not miss: ‘Behind the Fame’: Juanes, Paquita la del Barrio and Camila Cabello opened their hearts

After his explosive collaboration with Anuel AA in ‘Prohibition’, Jhay Cortez came to put all the flow to the first day of rehearsals for the Billboards. The Puerto Rican is more than ready to shine and delight all his fans with one of his greatest hits, what song will he choose for that night?

The queen of reggaeton Karol G He arrived with all the attitude of ‘Bichota’ to leave his soul on stage. His most recent album ‘KG0516’ still a hit and single ‘Tusa’ keeps breaking records, so we hope it will be one of the songs that he sings during his show at the Billboard Awards.

Prince royce is the penultimate star to step on the incredible stage of the Billboards. The ‘Prince of bachata’ will delight the public by singing ‘Lao a lao’ live for the first time, a song with which he reached # 1 on Billboard’s Tropical Airplay chart.

Myke Towers, who is part of ‘Final’, album by Enrique Iglesias closed with a flourish the first day of rehearsals. The reggaeton star will present a medley that includes ‘Pin Pin’ and the world premiere of his new song ‘Experimento’.

Additionally, Myke Towers is a finalist at the 2021 Billboard Latin Music Awards in three categories: Artist of the Year, Debut; Tropical Song for ‘Travesuras’ (Remix) and Airplay Song for ‘Caramelo’ (Remix).

The ceremony of the 2021 Billboard Awards It will take place next Thursday, September 23, starting at 7pm/6c from the Watsco Center in Coral Gables, Florida, and will be broadcast completely LIVE on Telemundo.

For the latest news, you can follow the event at

Telemundo.com/PremiosBillboard and through social networks:

In video: Interview with Camila Cabello: a young woman proud of her roots and her family | Behind the fame