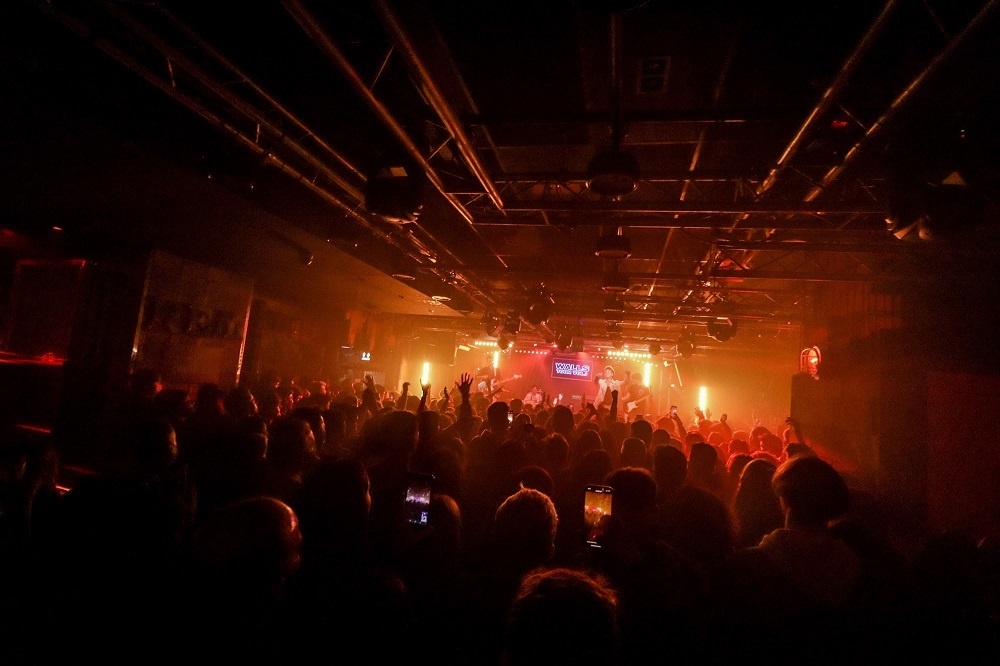 There are less than two months until this 2021 comes to an end but the list of concerts that will take place in the Region in the coming weeks is huge. For that reason we wanted select ten of them that we think are worth highlighting.

AGENDA OF CONCERTS IN THE REGION OF MURCIA

November 20 at the Víctor Villegas Auditorium in Murcia

Lucas Vidal is a prestigious and famous young composer from Madrid who, at 37, has already held two Goya Awards and an Emmy for his music for successful films and series. He will present his album “Karma” in which he delves into electronic music, intends to break the molds of a traditional concert to become a sensory experience.

Why give it a try? To discover new sounds, to see how far the talent of one of our most international musicians is capable of reaching.

November 27 at Sala Musik in Murcia

Listening to Elephants are two voices that have come to sound like one. The duo is made up of Sílvia Rábade from A Coruña, and Carlos Tajes, originally from the Costa da Morte. Both have trained as musicians playing in the street. They have toured Europe sharing experiences with musicians such as Oscar winners Glen Hansard and Markéta Irglová, Paddy Casey, Damien Rice, Bono (U2), Lisa Hannigan, Hozier, Kodaline or Sinead O’Connor. They present their new work “Why do you always sing in English?”.

Why give it a try? Because his live show is capable of moving and giving goosebumps, they are pure emotion.

Anni B Sweet has been living a new life since she released her latest album “Universo por premiere” in which she made the leap to Spanish and embraced new sounds. Since that moment, the good reviews and praise from the public have been given relentlessly.

Why give it a try? Few changes have been as good for someone as Anni B Sweet’s commitment to psychedelia by Víctor Cabezuelo and Rufus T. Firefly’s Julia Martí.

December 4 at Sala REM in Murcia

Santiago Motorizado, leader of He Killed a Motorized Police, will tour our country to present his new solo album “Songs about a house, four friends and a dog.” In this new work, without abandoning his usual sound, he delves into Argentine folklore, the tango or the cumbia.

Why give it a try? Because He Killed a Motorized Police is already part of the voice of a generation, despite being born 10,000 km away.

Born in 1998, he became known after forming the group Go Roneo. His music is an exercise in nostalgia for the pop and rock of the 2000s, the national radio formula of those years. He has collaborated with artists such as Despistaos, Recycled J, Walls … “Hensito” is his first album and has been among the most listened to in the country with more than 1 million monthly listeners on platforms such as Spotify.

Why give it a try? Because we are before some of the best representatives of that new generation called to take over in national pop.

December 12 at Sala Spectrum in Murcia

Cala Vento says goodbye to “Balanceo”, his latest published album, with this new tour. His music has always been characterized by the immediacy, strength and emotional intensity of those who live passionately and are affected more than necessary by the doubts of a generation without a future. However, Cala Vento have the ability to convey optimism and joy from an apparently fatalistic position.

Why give it a try? For letting your voice embrace with your friends again, for the return of the pogos.

December 17 at Sala REM in Murcia

Kiko Veneno returns to tour with band. They will be performances where Kiko’s songs, which always manage to create an atmosphere of closeness and intimacy with the public, will be supported instrumentally by an accomplice formation, chosen by the artist to squeeze all their musical juice into their songs. They will be concerts where the public will rediscover that these songs are part of the soundtrack of their last decades.

Why give it a try? Because it is Kiko Veneno, no more reasons are needed.

December 17 at Sala Gamma in Murcia

Zahara, one of the main female references in music in our country, continues with her most ambitious adventure live. She will continue with the presentation of her latest work, “Puta”, which is being an event through which the artist approaches a new stage and offers a totally different experience to her fans.

Why give it a try? Because “Santa” has taken her to the top and her live performance is very far from that sweet young woman who sang in Itaca with her guitar.

They celebrate their 25th Anniversary by returning to high revolutions with “The flaming flammable tour”, a new show cooked to make your shirt sweat and dust off your dancing shoes. The pioneers of mestizo music in Spain seek debauchery and collective catharsis. They mix styles as diverse as cumbia, Afro-Cuban music, Afrobeat, rock, punk, crossover, gypsy, reggae-ska, funk or jazz.

Why give it a try? Because after so many seated concerts it is time to forget what a chair is and not stop dancing.

Los Zigars have a history that has led them to top the sales charts, tour the country with more than 300 dates or support the Rolling Stones themselves. Every time they go on stage they make it clear that rock and roll is still alive.

Why give it a try? Because a good dose of rock to end the year should be prescribed by any doctor.