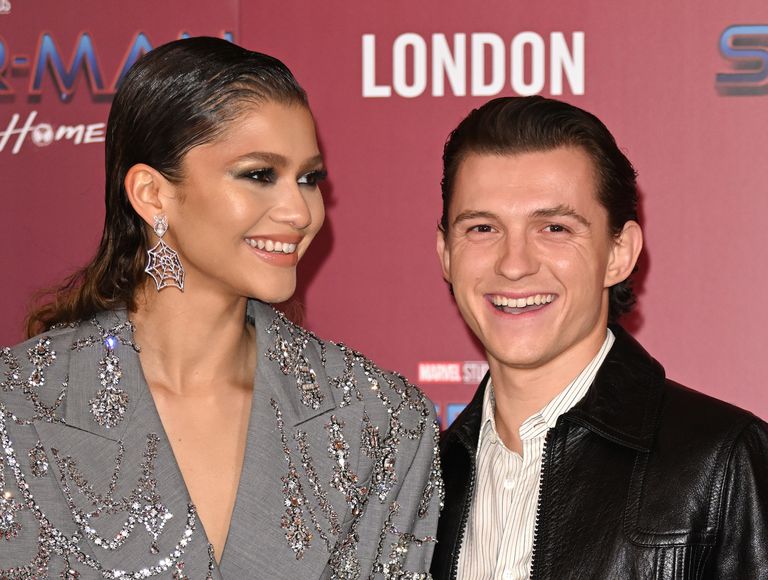 Zendaya y Tom Holland they form one of the most wanted couples in Hollywood. Both are at the peak of their careers and they look very much in love, however they did not take long to receive some negative comments due to their difference in height. What did they say about it? They were unprejudiced and responded to criticism with complicity, making it clear that these stereotypes are anachronistic to them.

The 25-year-old American actress and singer has already participated in 10 films and won 8 awards for her work, including the Emmy to the best dramatic actress (2020) for his great leading role in the series Euphoria (HBO). But the number that resonates lately is his height: 1.77 meters. Especially compared to her boyfriend’s, both in fiction and in real life, which is 5 centimeters shorter. But nevertheless, both protagonists of Spiderman: no way home they seem not to care about the height difference and they demonstrated it on each red carpet in which they posed very confidently in front of the cameras. It is not a very big difference, but it is accentuated when the actress wears high shoes. In fact, the protagonist of Euphoria, who was also the youngest in history to receive the award Fashion IconShe loves to dress in heels and pose next to her boyfriend.

In an interview in The Graham Norton Show, the actress recounted that he was not tall enough to catch her in the bridge scene Spider-Man. “Due to our height difference, if we are at the same point, we were tied down, it would land before him. Obviously, my feet would hit the ground before himZendaya pointed out about the scene that didn’t go as planned.

In the feature film, the decision was to make Holland in his hero role appear taller, but the actor insisted on an interview to SiriusXM that these prejudices and stereotypes in relationships “are stupid.” ⁣ “Why so much drama with the woman being taller? This is also normal ”, commented Zendaya and added: “My mom is also taller than my dad.”

It is not strange to hear that love has no ethnicity or age, but what about height? Generally, we are used to seeing that men are taller than women. When celebrity couples are formed, where this pattern is broken, comments and criticism tend to abound. But nevertheless, there are less and less prejudices and there are many tall women (some are over six feet tall) who choose shorter men without any complex. That is the case of celebrities who have no problem showing up with their partners nor in wearing studs by his side.

Australian actress Nicole Kidman boasts a height of 1.80 meters, while her husband since 2006, New Zealand musician Keith Urban, measures 1.78 meters. Although the difference does not seem very big when they go to events together and she wears heels, it becomes more noticeable. Let’s remember that in the past (not so remote), Nicole she was married to American actor Tom Cruise, who is also shorter than her.

The American actress Cameron Diaz measures 1.74 meters, and her husband, rocker Benjamin Madden, It measures 1.68 meters. However, those 6 centimeters are no problem for the happy couple who got married in 2015.

German supermodel Claudia Schiffer is 1.80 meters tall. But for her it is not a problem to show herself with her husband since 2002, the British film director and producer Matthew Vaughn, who is evidently shorter than her, with or without studs.

“Gender stereotypes they are hard to tear down because we reproduce them without noticing it, because we have them incorporated into our daily lives, and they are being disarmed by parts, by sections, unevenly in different areas ”, he explained to THE NATION, Natalia Gherardi, executive director of the Latin American Gender and Justice Team (ELA). At a time when old paradigms are falling, it is not strange to think that many ingrained patterns are reluctant to abandon our culture. That more and more celebrities are stripped of prejudices invites to rethink internal barriers that many people have when it comes to relating.

Zendaya and Tom Holland challenge prejudice for their height difference, as well as other famous couples