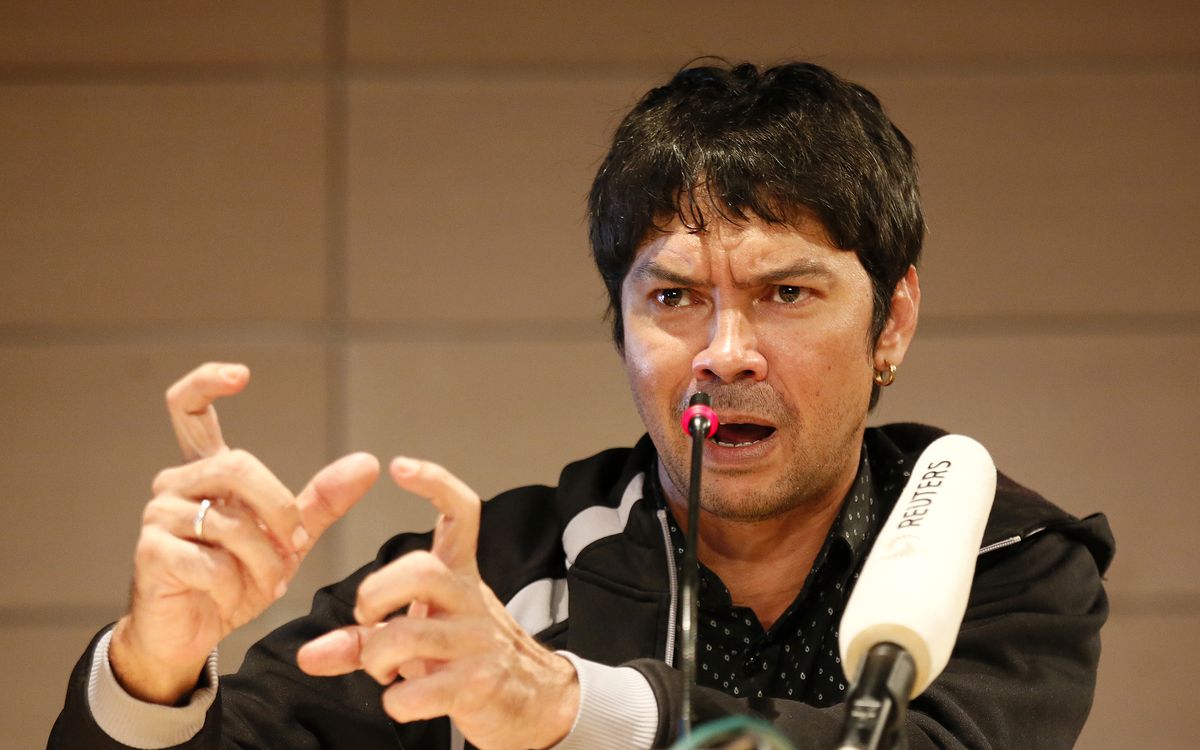 Like “a movie break.” This is how the Cuban playwright has described Yunior Garcia, main leader of the archipelago opposition platform and convener of the frustrated civic march due to the change of November 15, his departure from the island the next day. “Here I can be more useful,” he assured this Thursday in Madrid, convinced that the regime has allowed him to leave “because he thought he was winning.”

The activist explained that, after almost 24 hours of harassment in the vicinity and at the door of his house, he managed to leave it thanks to the help of a group of friends who escorted him to the airport. He has not given any further details. He assures that he prefers not to talk about it for now. He does not want to compromise those close friends who have also got him a house in Spain. The same ones who have given him the 150 dollars (about 132 euros) that he has in his pocket, his only capital. Just confirm that Cuban authorities They let him get on an Iberia plane on Tuesday 16, where he landed in Madrid a day later with a tourist visa.

García arrived in Spain after applying for a visa at the embassy in Cuba two days before the protests. The activist was convinced, he reiterated, that he was going to go to prison and was confident that with such a document he could achieve his release more easily. “They cut off the internet, the telephone, the access to my house. They used the prosecution to make direct threats to us. We were going to jail with sentences of two decades. I waived the right to defense because my sentence was written, ”he said.

The harassment strategy that the Cuban government has deployed for almost a year against the opposition led by artists like García tries to silence them with house arrests like the one the playwright has suffered. “They needed to silence me,” he said, “and I only have my voice to change the reality of my country. That is why I left Cuba, because here I can be more useful ”.

The activist does not know why the surveillance patrol that remained outside his house in Havana allowed him to go out with his friends on the way to the airport. “These are things I will never know. Obviously, if they wanted to, they would have prevented it, they let me out because they thought they were winning. The problem that Cuba has is the dictatorship. His name is not Yunior García ”, he assured.

At the moment it is not among his plans to apply for asylum. You have three months of tourist visa to stay in Spain. “I have not adapted to looking long term. That is why I have not applied for asylum, I want to return to Cuba to start the fight with more force. In the last few months I have survived the day to day ”. García maintains since he landed in Madrid that he will return. On this occasion he has added a condition, his safety and that of his wife, Dayana Prieto, with whom he has traveled to Madrid.