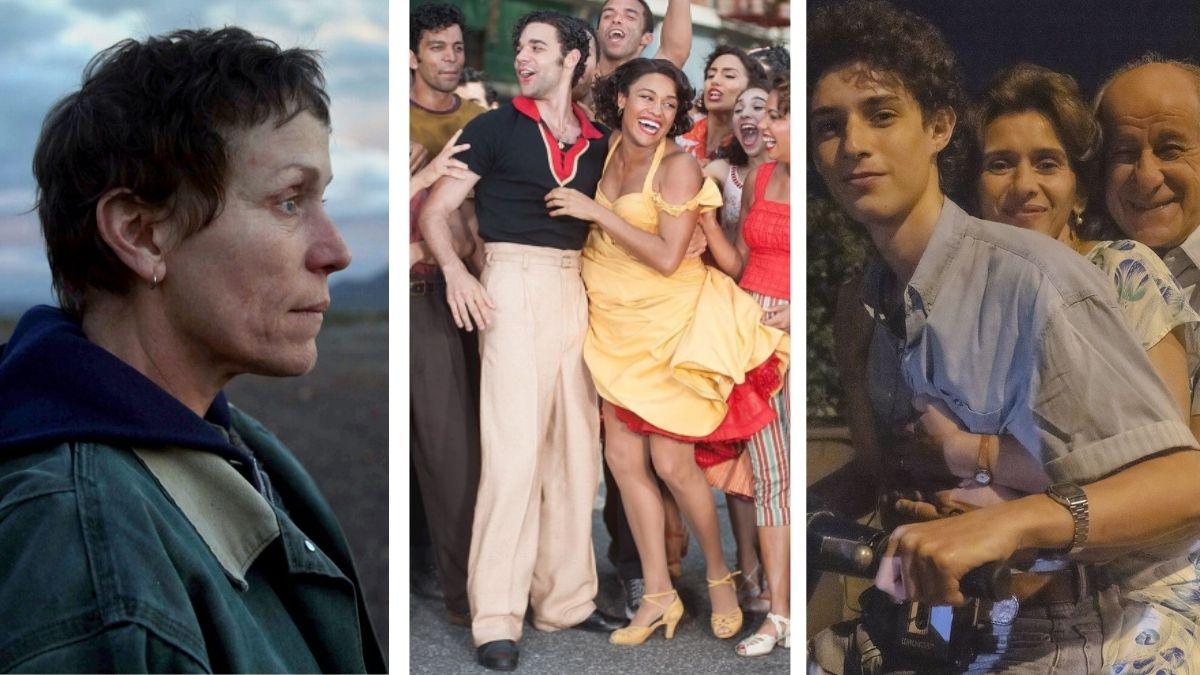 After the setback suffered last year with the outbreak of the pandemic and the closure of many movie theaters, this 2021 has been a timid reopening that has hosted several of the premieres that were left hanging in 2020. Viewers have recently returned to little to the magic of the dark room to enjoy for a few hours stories that have made us excited, laugh or simply spend some time entertaining. Although the situation is far from going back to pre-Covid times, we have been able to see great titles. Here is a selection of the best:

Chloé Zhao became the second woman to win the Oscar for best director with this moving road movie about a woman who has lost everything (excellent Frances McDormand) and who travels the United States in a caravan in search of work. Based on the book by Jessica Bruder, Nomadland is a X-ray of those nomads abandoned by the system wrapped with deeply beautiful and nostalgic photography. The best of the year.

The power of the dog

Another woman, in this case the New Zealander Jane Campion, who had not directed a feature film for twelve years, draws with a firm hand a tense and singular western that turns the codes of the genre upside down to expose the toxic masculinities and repressed sexualities in a story of ambition, power relations and redemption in which Benedict Cumberbatch displays his enormous talent. Campion’s best movie since The piano.

Another film that is about toxic masculinity is the eccentric musical with which the French Leos Carax inaugurated the last Cannes festival. An overwhelming, excessive, disconcerting and provocative work spiced up with the soundtrack of the Sparks brothers about a crazy love couple (Adam Driver as a comedian and Marion Cotillard in the role of an opera singer) who have a daughter in the form of puppet -the Annette of the title- and whose relationship goes through too many ups and downs because of the jealousy of the character of Driver.

If anyone could definitely adapt Frank Herbert’s novel to the big screen and turn it into a masterpiece, it was Denis Villeneuve. His Dune, although it only presents the first part of the book, it is a feast of visual goldsmithing, an intimate epic in which a messiah Paul Atreides stands out with the face of Timothée Chalamet.

With a year delay comes this Superb made in Steven Spielberg version of the 1961 ten-Oscar-winning musical classic. The director makes his debut in the genre as if it were a veteran to once again bring out a love story wrapped between racism and juvenile delinquency in a New York divided between gringos and Puerto Ricans. The music and the dances seduce like the original. Attention to the overwhelming couple formed by the new Anita and Bernardo.

Paolo Sorrentino puts aside his ornate style to delve into his adolescence and remember the death of his parents, how Maradona saved his life and the moment when he decided to become a film director. A powerful story full of emotion, pain and life that does not lack humor.

Fernando León de Aranoa has achieved the record of 20 Goya nominations with this fierce satire on labor relations starring a scale businessman who manipulates his factory employees at will and has the face of a gray-haired Javier Bardem with glasses.

After a time away from the big screen, Rodrigo Cortés returns with a beautiful film based on real events that is quite a Tribute to the theater set in the Warsaw Ghetto during WWII. The narration is exquisite, it has a cast in a state of grace and Cortés amazes with his sequence shots.

Between humor and sadness, American independent cinema shines under the baton of Kelly Reichardt and her poetic western about the friendship between two men capturing the haunting tranquility of rural America in 1820 Oregon.

Ridley Scott faces Adam Driver and Matt Damon in a duel to the death in this intense epic drama in which a rape is told from three points of view. The British filmmaker takes the MeToo back to the Middle Ages with Jodie Comer in the spotlight.

Julia Ducournau was crowned with the Palme d’Or at the Cannes festival with his second film, a molotov cocktail as fascinating as it is disturbing in which he explores a universe filled with obsessions with the body and viscosities as a starting point where gender fluidity, the construction of personality, complex family relationships and sexual and social violence come to light.

The roulette of the fortune

This has been the great year of the Japanese Ryûsuke Hamaguchi. In 2022 we will be able to see the acclaimed Drive my car, Best Screenplay at Cannes, which points to the Oscar as Best International Film. Roulette … won the Silver Bear at the Berlinale with a very feminine triptych on the magic of chance. Three unique stories based on stories from life itself with unexpected twists and turns.

After The priest, veteran Paul Schrader proves he’s still in good shape with this drama set in the world of poker that delves into the human soul with a tormented Oscar Isaac in search of redemption. The film hits theaters on Wednesday 29th.

Jonás Trueba offers the viewer an immersive experience with this three-and-a-half-hour portrait starring teenagers who openly reflect on their generation. Who prevents it he won the Feroz Zinemaldia award and the one for the best cast performance at the San Sebastián festival.

Where are you going, Aida?

Bosnian filmmaker Jasmila Žbanić triumphed at the European Film Awards (Best Film, Director and Actress) with this painful and moving story that reconstructs the massacre of 8,000 Bosnians in Srebrenica in 1995 from the eyes of a UN translator.

Danish Thomas Vinterberg won the Oscar for best international film narrating the future of four friends and high school teachers who agree to undergo a sociological experiment by drinking the ideal amount of alcohol to solve their problems.

Icíar Bollaín moved with his latest work at the San Sebastián festival. It is a true story starring Blanca Portillo and Luis Tosar centered on the meeting between Maixabel Lasa, widow of Juan Maria Jáuregui, former civil governor of Guipúzcoa, with two of the repentant ETA members who cut short her husband’s life on July 29 from 2000 in a restaurant in Tolosa. Maixabel He is up for 14 Goya Awards in the next edition of the awards from the Spanish Film Academy.

British actress Emerald Fennell made her successful directorial debut with this unusual and colorful revenge thriller that addresses the topic of sexual abuse and its aftermath. Carey Mulligan takes the cake embroidering a most sinister plan to unmask the Harvey Weinsteins on duty.

Neus Ballús (The plague, Marta’s journey) films the daily life of three plumbers over six days with a naturalness that dazzles. They are Valero, Moha and Pep, inexperienced actors who star in an original and risky film that delves into diverse topics such as immigration, coexistence or retirement, always without losing a sense of humor. Six ordinary days he participated in the Locarno festival, where he won the award for the best male performance, and won the Silver Spike and the Audience Award at the last Seminci.

You can’t say goodbye to 2021 without seeing these movies