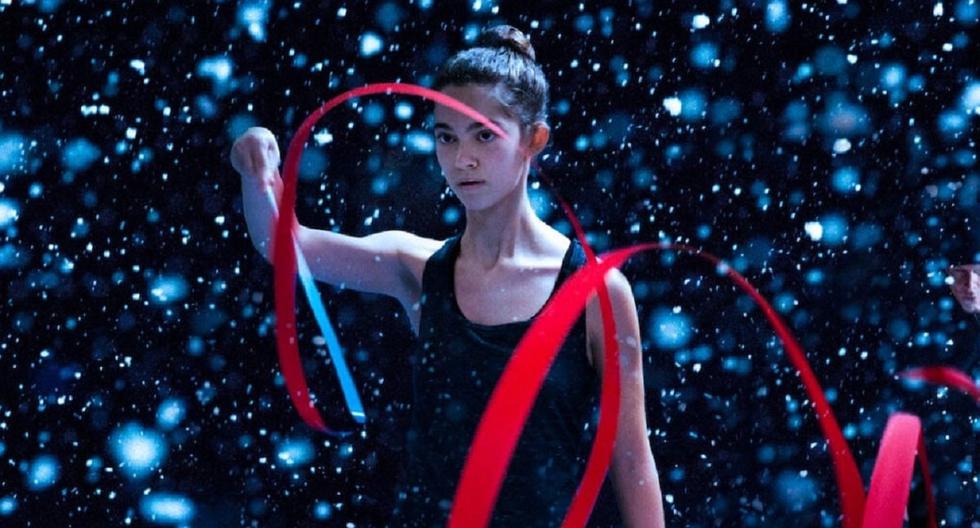 Heartwarming from start to finish. “Yara”, the film based on true events, tells the story of how the implacable prosecutor Letizia Ruggeri solved one of the most shocking crimes in Italy, is one of the best views Netflix a few days after its premiere. Ruggeri moved heaven, sea and land to finding the murderer of Yara Gambirasio a 13 year old girl who disappeared on Friday, November 26, 2010 without a trace and three months later he was found dead in a field ten kilometers from the place where it was seen for the last time.

SIGHT: “How hard is love”: this is how Nina Dobrev has changed since “The Vampire Diaries” PHOTOS

The body of the minor showed injuries and signs of violence. At trial it was revealed that the teenager suffered long before he died, because the cuts in the neck and blows to the head and back were not the cause of his death but was killed as a result of hypothermia. Which means that after masacrarla, his murderer left her for him to die of cold in a desolate land. The motive for the murder would have been sexual because of the evidence left by the criminal in Yara’s underwear and pants; however, the teenager fought back.

Yara was the second of four siblings and attended the Maria Regina school in the town of Brembate di Sopra, in Bergamo. On the Friday he disappeared, he had eaten fish and peas at home for lunch. It was not his turn to go to the gym; However, on that fateful November 26, he went to that place to lend his teacher a tape recorder. After observing a moment testing of the smallest girls at his school, he retired and did not ever be seen again. His parents Maura Panarese and Fulvio Gambirasio reported him missing two hours later.

How was the crime solved?

The first step the authorities took was to organize a massive search for the minor, with volunteers, friends and family; however, this task did not bear any fruit. Amid efforts intense to find the little alive, a Moroccan was arrested because of a mistranslation in the wiretapping and was exonerated after the body of Yara and together with him you DNA samples that proved their innocence will be found .

On February 26, 2011, Yara’s body was found by a neighbor who loves remote-controlled aircraft in a field in Chignolo d’Isola. Months later, on April 8, researchers found close to where lay the body of the teenager a garment menswear, but then ruled out the suspect because he had an alibi, had been in Peru the day of the murder.

During the investigation, the prosecutor Ruggieri asked that DNA samples be taken from around 22,000 people, one of them coincided with that of the suspect, but more was not known, the case was staking. The woman in law was harshly criticized. However, their effort paid off within days of the case being closed for good.

Who is Yara’s killer?

A university professor discovered that the DNA test had been done incorrectly on 500 individuals. When they did it again, they found the mother of the suspect, Ester Erzuffi. The subject was identified as Massimo Giussepe Bossetti, a 43-year-old carpenter, married with three children, and who had no police or criminal record.

In order not to put him on alert, the police silently followed, installed microphones in his home and did an in-depth investigation of his phone line, his internet searches and security camera videos. In addition, under the pretext of a breathalyzer test they took a sample of his DNA, the results were conclusive: he killed Yara.

Bossetti was arrested at one of the construction sites where he worked as a bricklayer and tried to flee. He never acknowledged his crime; however, Prosecutor Ruggieri’s evidence was overwhelming. The subject was sentenced to life imprisonment and both the Court of Appeals, and the Supreme Court of his country, ratified the sentence.

This case is considered the most complex in the history of Italy and today we can understand the story through the film, whose plot shudders to anyone.

The film directed by Marco Tullio Giordana premiered last Friday, November 5 and is already one of the most watched by the streaming giant. As we said at the beginning of this article, the film is moving from beginning to end.

The actress Isabella Ragonese makes a masterful performance of the prosecutor Ruggeri. It is not the typical role of a prosecutor who screams and is outraged by everything, but shows the more human side of this job, which at times can be really stressful and requires a lot of patience and ingenuity.

The same thing happens with Sandra Toffolatti, who plays Maura, Yara’s mother. From his interpretation we can feel how painful it must be to lose a child in these terrible circumstances. You can not miss this film.

“Yara”: the horrendous crime of a 13-year-old girl who inspired the most watched Italian film on Netflix