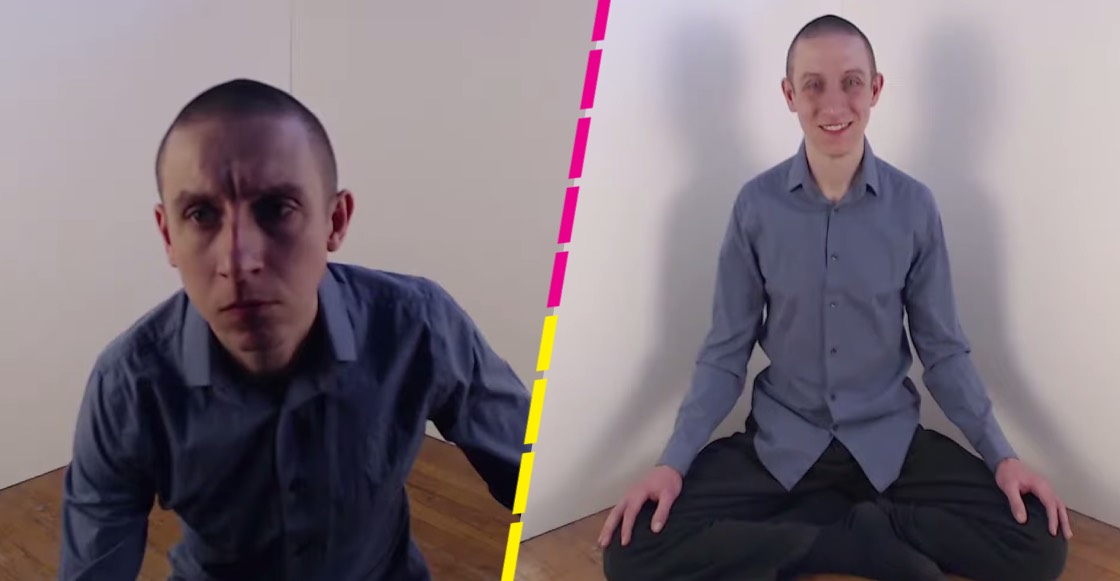 Usually, when we refer to youtubers, a video blogger He makes certain content in order to entertain his followers. And you already know that there are all kinds of them: some talk about travel, others about food, some more do humorous sketches, several upload makeup tutorials…. in short, there are many themes to create content. However, none compares to what it does Benjamin Bennett.

For a few years now, this boy’s YouTube channel has gone viral due to the peculiarity of his proposal. All he does is stand in front of his video camera and record himself ‘sitting and smiling’ (hence his videos are only titled Sitting and Smiling) during hours. Why do you do it or what is your goal? Nobody knows, but without a doubt it is a matter that has aroused the curiosity of the internet.

They say that everything in life has a purpose, or at least everything to which we dedicate a considerable part of our time, must have a reason for being. But believe it or not, there are certain cases and people for whom the aforementioned rule may not have the slightest sense or relevance.

That, in fact, is the case of Benjamin Bennett, a guy who for years has earned a certain reputation on the Internet due to his videos. As we mentioned, there is not much to explain about what he does because he sits in front of the camera, begins to record and what follows, they are four hours of him just sitting cross-legged and smiling.

And it doesn’t matter what happens around you; Benjamin does not lose his composure. In some video, you can see how the man urinates on himself, but he does not hesitate to clean himself or something … just let the liquid dry. However, the most intriguing video -which in itself is already content- is one from 2014 when in the middle of his recording session, he sees how a stranger enters his house. Bennett, true to what he does, does not move or stop, much less stop smiling (Fast forward to 2:36:30 in the next video to see the moment).

Why does he do this?

At the time of writing this note, Benjamin Bennett has uploaded a total of 317 videos of Sitting and Smiling, the last being a rise from March 2021. And in that sense, the only important change that is denoted in its content is the clothes, the rooms where it records and the occasional sign of age. But his momentum seems to be the same throughout.

And to all this, they will wonder what his goal is or what motivates him … Well, there is no purpose as such. In a 2015 interview given to Vice, Bennett mentions that “there really is no purpose. My inbox is full of people asking me why I do this, but I don’t think that question is really applicable to this type of activity. “.

The topic of smiling is the one that perhaps explains in more detail. For him, if he made these videos without smiling, it would just be a meditative type of video. In that interview, the subject mentions that not to smile, it would just be someone with a martyr complex, In addition, the smile compensates for the more serious aspect of your videos. Do we believe him?

You can also read: WOMAN BOUGHT SPERM ON THE INTERNET AND GET PREGNANT WITH YOUTUBE TUTORIAL

Of course, although Benjamin Bennett has become a YouTube celebrity for his peculiar saga of videos Sitting and Smiling, that does not mean that he is not trying to make new content. In fact, since 2019 he started a new series of videos which he has titled Walking and Talking, As the title says well, they are only shots of the path that the youtuber follows while talking about anything.

But by referring to ‘anything’, we are not referring to casual talk. In fact, his subjects become quite introspective and self-reflective at best. In his first video, he even mentions that he does not consider himself a charismatic or skilled speaker, so he only does it for “See what comes out”.

As in his videos sitting and smiling, here he walks for more than four hours until, as he says, his camera runs out…. Although his videos may seem a bit strange, many network users have supported him and repeatedly comment on one or another type of detail “Oh my God! He is walking ”, alluding to his first videos of Walking and Talking.

Other people, on the contrary, refer to him in a more derogatory way, mentioning that he could have a psychological disorder or that he is pretending. The point is that, whatever, Benjamin has not given more details about his life beyond that apparently he has roomies and a job … but hey, if we’re honest, the mystery is part of the ‘charm’ of what he does, as disturbing as it is.