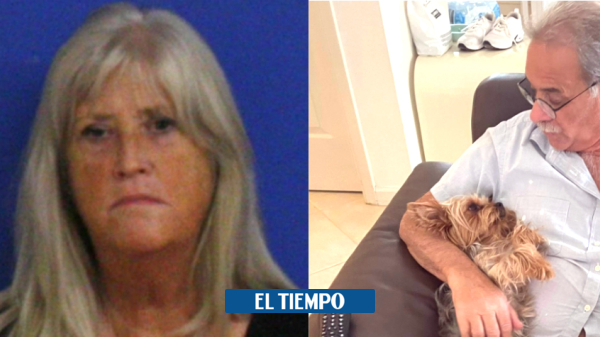 One of the greatest perversions of that premise that ‘love must be in health and in disease’ has just been discovered in the small town of East Haven, in Connecticut, United States.

According to the local police office, a 63-year-old woman was captured after being accused of having cheated her husband to rob him near $ 600,000 (more than two billion Colombian pesos).

The worst of the case is that, as the authorities were able to verify, the person involved made the neurodegenerative disease of the Alzheimer the perfect ‘hook’ to commit fraud.

For more than twenty years, Donna Marino, as the investigated woman is called, led John, her 73-year-old husband, to believe that he had this type of dementia and that therefore it was not safe for him to go to his bank procedures in person.

Under that lie impersonated his signature in pension checks, social security checks, workers’ compensation agreements and other securities that he ended up claiming to deposit in a bank account, until now, secret.

The woman is currently being charged with the crimes of ‘theft in the first degree’ and ‘forgery in the third degree’.

At the moment, it is in conditional freedom.

On November 29, he must appear in court to find out his judicial fate.

(You may be interested in: Iran sends man to the gallows for video betraying his wife).

The details of a ‘marriage robbery’

According to Elena, she even diverted all the calls that came to John.

Although there is no clarity on the date they met, Donna and John Marino had a formal relationship since 1999.

Ten years later, they got married. But, long before legalizing their bond, Donna was in charge of manage money of the relationship.

Over time, the woman began to take all the income that her husband received to allocate it to accounts of his relatives.

Thus, from fraud to fraud, it began to become a criminal necessity to find an ‘excuse’ to avoid being discovered.

“She would make up stories in the morning telling him that he was running around the house chasing her. She told her that he was chasing her saying: ‘Get out of my house. I do not know you'”, said Elena Marino, John’s daughter, in dialogue with the North American station ‘WFSB’.

It was precisely she who discovered that something strange it was happening with his father’s finances when he went through some ‘financial paperwork’.

(What’s more: The delivery dates of government subsidies in November).

Apparently, the idea of ​​false Alzheimer’s memory flaws arose because John’s mother suffered from the disease at the time.

According to her granddaughter, she did not “see any invoices” because it began to “break” everything that arrived in the mail.

Now John, her son, a man who seems to have no disease, suffers from Donna’s manipulation, who, while saying she loved him, stole him.

‘You can be very diva, but respect’: Epa Colombia on ‘Yo Me Llamo’

Miguel Varoni and his surprising change: unrecognizable on TV show

Amlo lashes out at corruption before the UN Security Council

Video: tractoromula knocks down a bridge and it crushes a taxi, in Mexico