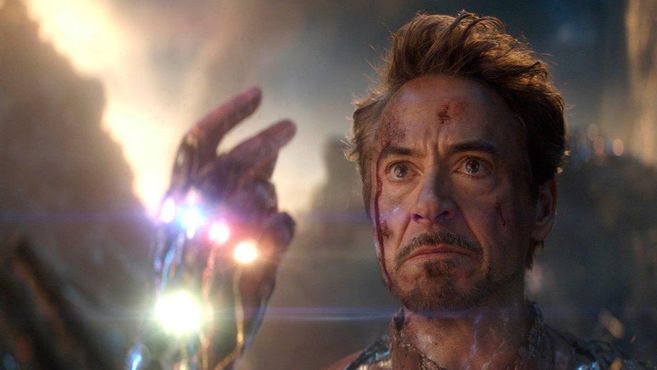 The actor who played Iron Man for more than ten years comments in his letter: “I hope that these films provoke a dialogue about equality, justice, freedom, the acceptance of diversity and the fight against intolerance.”

Robert Downey Jr., the actor who gave life to Iron Man for eleven years in the Marvel Cinematic Universe, shared an emotional letter he wrote after his last participation in Avengers: Endgame, in which it pays tribute to the entire franchise.

“I remember perfectly, Favs (Jon Favreau) and me sitting in an old cabin, with Potts and Stark talking, when suddenly he was filled with a lot of different feelings … joy, relief, faith and pain,” he begins explaining the interpreter in the letter that has been included in the recently published book, The Story of Marvel Studios: The Making of the Marvel Cinematic Universe.

(Also read: “Duna” will have a second part and Warner Bros confirms it)

“I looked at him and asked, ‘What’s up, boss?’ and he looked at her and said, ‘I just realized this movie is going to work,’ ”says Downey Jr. before adding,“ It turned out that he was right, and there were other oxymoronic clues that Iron Man was going to be a success against all odds called: A) An unorthodox efficiency and B) an incessant effort ”.

The actor also dedicates a few words to Samuel L. Jackson, whose presence in the saga has been “a common thread, a bridge over the many credibility holes in the films”

“Johansson, Cheadle, Renner, Ruffalo, Hemsworth, Evans, Olsen and I remain very close and, yes, we have talked about getting a group tattoo,” confesses the interpreter.

(We recommend: “The man who sold his skin”, a story of love and selfishness)

“We were more than impressed with Pratt, Lilly, Rudd, Cumberbatch and Boseman, not to mention Larson, with whom we all agree that he will be a good fit and will be a valuable advance for the second decade of this team,” says the actor.

For Tom Holland and the director of the Spider-Man saga, Jon Watts, the actor also had kind words: “They have relaunched the most well-known character of Marvel.”

After remembering the actors who have played the villains of the franchise, the interpreter dedicates a few words directly to the fans: “But the most important is you, if you have stayed until the post-credits scene, you are a true fan and here is your ‘Easter egg’ … a mirror! Those who have responded to the mythological way of telling stories, the engine of everything in Marvel. There has never been supply without demand. Until Comic Con 2007, it seemed that the public no longer listened and for ten years you have assimilated this narrative ”.

“Finally, I hope that these films provoke a dialogue about equality, justice, freedom, the acceptance of diversity and the fight against intolerance, with the power of companionship, sacrifice and love”, concludes Robert Downey Jr .

With this letter Robert Downey Jr. said goodbye to Iron Man and Marvel