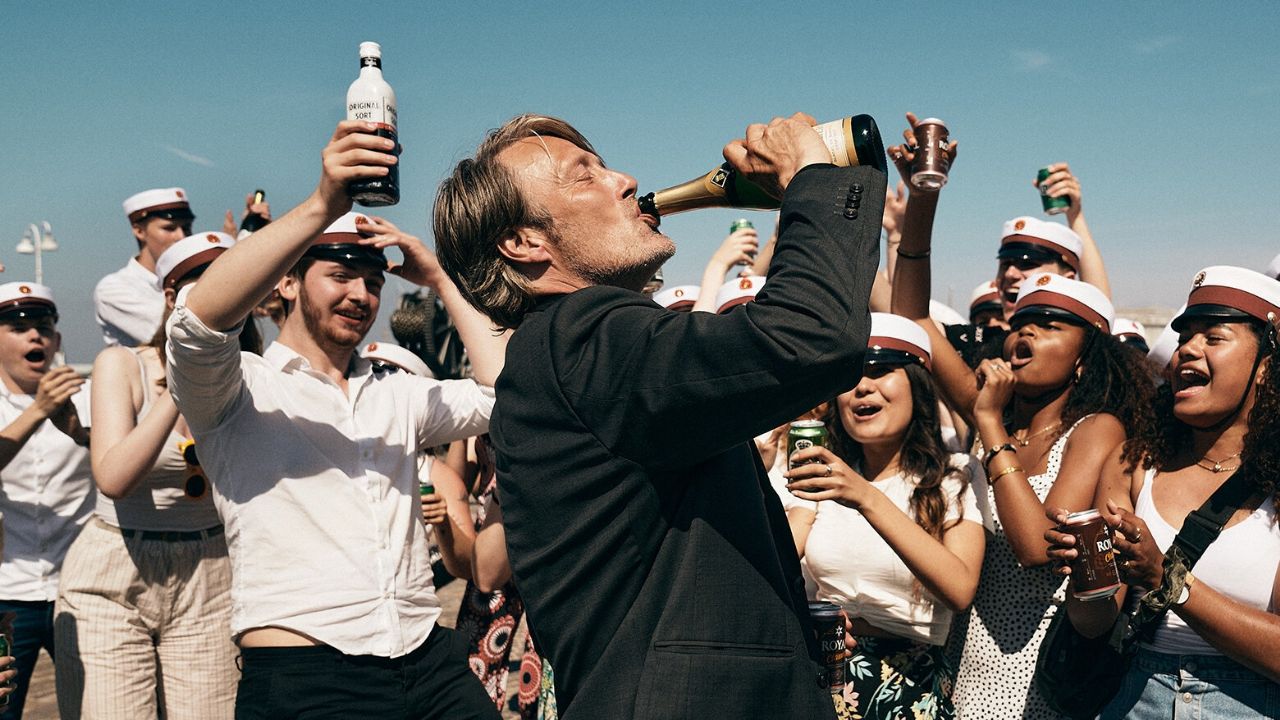 With an Oscar under his belt for best international film and a nomination for its director, Thomas Vinterberg, the Danish film Another round land directly on Netflix, without going through movie theaters in our country. It is a disturbing exploration into the world of excessive alcohol consumption in a culture as prone to this practice as that of the Nordic countries.

The starting point revolves around the unmotivated existence of four school teachers, and a theory that they are about to verify, which postulates that we are born with an alcohol deficit of 0.05. From there, with some rigor and breathalyzers in hand, teachers will embark on the search for a fuller life in human and professional terms, through the consumption of alcohol in their daily routines, especially in the previous class before to his students.

At the center of the story is Martin (formidable Mads Mikkelsen), a history teacher who has fallen into the abyss of apathy, and who finds in the disinhibition propelled by the drinks he drinks, a creative rebirth in his work in the classroom and the possibility of tracing his life as a couple. Both he and his colleagues boast of not being alcoholics since they decide how, when and how much to drink. However, as the minutes of footage progress, it is looming that loss of control is imminent as their bodies begin to demand more volume of alcohol.

The most mobilizing of Another round it is his determined bet to avoid the moral sermon. While countless films have punished those who have chosen to walk the path of excesses with the worst of calvaries, the director Thomas Vinterberg (The celebration, The hunting) opt for a more empathetic look. His film does not fall into the empty bravado of the apology for the excessive consumption of alcohol, but neither does it deprive itself of displaying the pleasant side of the disinhibitory effects of carrying a few too many drinks.

In times when political correctness has almost completely domesticated film production, be it industrial or independent, finding a film that contains a scene in which a teacher encourages a student to have a drink of alcohol before rendering a finale , and thus be able to overcome his systematic blocking in front of the examining table, is a breath of fresh air that has not been presented since the harsh provocation of the early films of Vinterberg; but from the threshold of warmth and empathy. Beyond that Another round The international title of this film connects with the idea of ​​a second chance, the film is not constructed from a reductionist gaze, and much less from the temptation of a sobering essay.