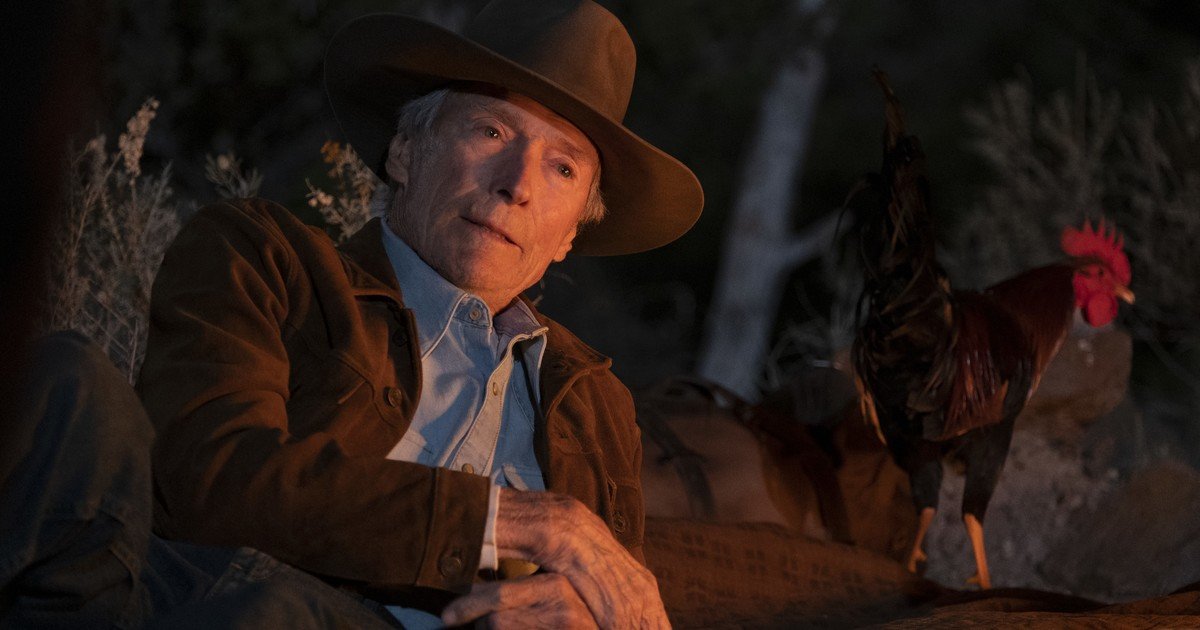 Thursday premieres Cry Macho, the last? movie with Clint Eastwood in front of the cameras. The winner of 4 Oscars also directs it.

It will be, Cry Macho, the last movie we’ll see Clint in?

It is still curious that this project, before becoming Eastwood’s new film from one side of the camera to the other, has passed through the hands of several stars, and not in recent years, but decades.

The book interested Burt Lancaster at different times in their lives and careers, Pierce Brosnan, Arnold Schwarzenegger and even Eastwood himself had had an eye on him.

Has he finally chosen her to be his farewell?

Clint is a former rodeo star and horse breeder, who goes to Mexico to find a teenager. Photo WB

Clint is, at 91, of course, somewhat aged. He does not look vigorous and you can see that he walks somewhat stooped and swaying (is it because of the seasons on horseback of his character, Mike Milo in the film?) And of course that in the film he does not run as the custodian of En did. the line of fire, trotting fast beside the presidential car.

Clint Eastwood, again at 91, is returning to the theatrical screen, yes, in theaters, next Thursday, with his first acting movie since 2018, when he directed himself in The mule.

Now the Male of the title is not a self-reference, but speaks of another animal. A fighting rooster that’s what it’s called. Male. It is not even from him, but from a boy of about 13 years old, born in Mexico.

Eastwood is fond of immigrants in the United States. Remember Gran Torino, one of his best last films, with Thao Lor, the teenaged neighbor of Hmong ethnicity, whom Walt Kowalski / Clint calls “Korean” and helped, even after he tried to steal his 1972 Gran Torino.

In “Gran Torino” he helped his “Korean” neighbors, as he called them, from a terrible band: ideals come first. Photo WB

And in The mule It was Earl Stone, a war veteran (from Korea) who was transformed into a mule for a Mexican cartel.

Now he is a former rodeo star who knew how to be a great horse breeder, in Texas, to whom his former employer asks a favor: that he cross the border, not to smuggle, but to get to Mexico City and bring his son, that -estimates- must be around 13. He gives Mike / Clint a picture of when he was “5 or 6 years old”. He cannot go for “pending matters”, and he knows that Rafa (Eduardo Minett) is not having a good time with his Mexican mother.

At 91, Clint could stop directing, and acting. Does not want. Photo WB

There is a dialogue in the car that Clint drives, already with the boy, who being the son of an American and a Mexican mother is “half gringo”, as Mike Milo defines it, in which they redefine what it means to be male. They talk, part of the rooster, of course, but Mike / Clint takes it personally.

Will it be, yes, the declaration that you leave us?

“It used to be a lot of things, but not now,” says Mike / Clint. “I’ll tell you what, this macho thing is overrated. People who try to be macho to show they have guts, that’s all they end up with. Like anything else in life, you think you have all the answers and you realize as you get older that you don’t have any. We all have to make decisions in life. You have to take yours. “

From The unforgivables Nowadays, the films that Clint has starred in have been about the same thing: they stood out at something, they were important and now, far from their moment of fullness, they redefine his character, his heroism or whatever.

It will be Cry Macho Clint’s latest movie in front of the cameras?

They don’t call him anymore, or he doesn’t accept when they do. It is seen that, as Mike / Clint says, he already made his decisions in life.