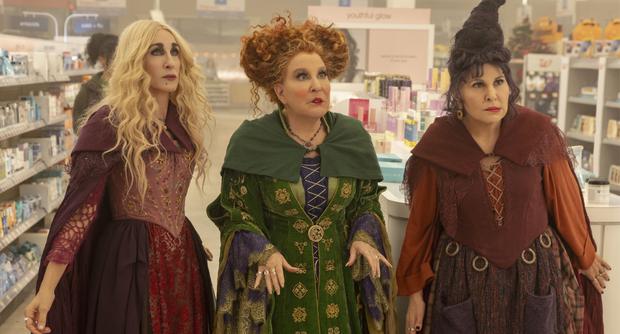 In 1993, Disney surprised with “Hocus Pocus”, a horror comedy based on witches and natural elements, which was directed by Knney Ortega and which was a success thanks to its curious scenes and innovative effects for the time.

Because of this, at the gates of October, the month of witches and the Halloween festivities, Disney Plus has released the second part of the film, which features the return of Bette Midler, Kathy Najimy and Sarah Jessica Parker They return as the protagonists.

However, despite thrilling the nostalgic and getting good reviews in its first hours of release, some subscribers of the streaming platform have criticized that the production filmed in Providence, Rhode Island, did not consider the children of the original film.

THE CHILDREN OF “HOCUS POCUS 2″

It is important to note that, unlike some Disney classics that had a sequel many years after the original, in the case of “Hocus Pocus 2″, this takes place 29 years later.

In the new installment, three high school students must team up to stop the sanderson sisterswho have returned to present-day Salem, the place where they carried out their misdeeds many years ago.

However, these three young people are not Max, Dani and Allisonbut a new trio, which made fans of the original tape wonder what happened to the children of the first part.

In the 1993 film, the story follows Max Dennison (Omri Katz), her little sister Dani (Thora Birch) and his love interest Allison (Vinessa Shaw), but in the second part, not even a mention of the group is made.

According to the film’s director, Anne Fletcherthe absence of young people is due to the difficulties of organically integrating them into the story without this looking like an obligation to show a cameo.

Even so, the only one who came close to repeating her role was Dani, but the overloaded schedule of Thora Birch, actress who played the little girl and who recently appeared in “category 5 tornado″, pushed back production.

On the possibility of a possible return in case a trilogy of “Hocus Pocus“, the portal ScreenRant highlights: “It seems the original Hocus Pocus characters don’t live in Salem anymore, otherwise there’s no reason they wouldn’t have recognized the three Sanderson sisters and helped fight them.”.

In that sense, the portal points out, bringing them for a third installment would be not very organic, the main reason why they were not even mentioned in the second part.

Although the children of the original tape did not return in their leading characters, others returned to their roles in the fun sequel to the 1993 film.