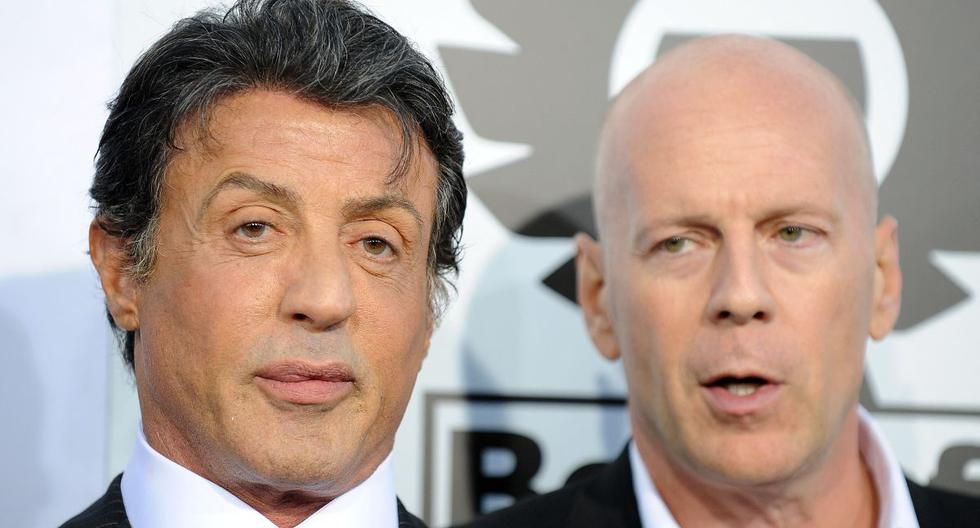 “The indestructibles” (“The Expendables” in English) is a series of action films directed by and starring Sylvester Stallonenext to great movie stars of the 80s. Thanks to its good reception and being a success at the box office since its premiere, several films were recorded, in which we were able to enjoy recognized Hollywood actorsamong them Bruce Williswhom we saw in the first and second installments, unfortunately did not appear in the third because he was fired.

MORE INFORMATION: When Jason Statham almost died on the set of “Expendables 3”

Yes, although it is incredible to believe, the actor, known for his leading role in “Hard to Kill”, was withdrawn from the successful production after failing to reach an agreement. Stallonewho I would have tried to hold him back at first, took it upon himself to inform him of his decision. It was so that in the third film, his character, Mr. Church, did not appear in the plot anymore.

Following his departure fromThe Expendables 3″, released in August 2014, action movie fans and Willis fans are wondering what specific reason he was kicked out of the film. If you don’t know either, we’ll tell you below.

MORE INFORMATION: Who are the daughters of Bruce Willis and what do they do?

After the box office success of “The Expendables 2″, which managed to raise 315 million dollars, more than triple the cost of production, it was already thought of a third film, so several well-known actors were going to continue in the new installment. Bruce Willis was one of them.

Because he knew that his presence was important in history and because he was surrounded by other stars of his time decided to demand payment according to his acting quality. So he asked Sylvester Stallone, who was the producer, for a raise.

How much salary did Bruce Willis demand from Sylvester Stallone?

Without hesitation, Willis asked for payment of 4 million dollars for four days of work; that is, a million dollars per day. Given this requirement, Stallone offered him $3 million for all those days, but he turned it down..

Without more to say, sylvester decided to terminate their services; He even made this situation known on his social networks and took the opportunity to announce, in addition to Bruce’s departure, Harrison Ford’s entry into the cast.

BRUCE WILLIS IN “THE UNDESTRUCTIBLES” 1 AND 2

In “The Expendables” 1 and 2, Bruce Willis was in charge of giving life to Mr. Church, a CIA leader who hires the ‘Expendables’ and later helps them in their fight.

In “Expendables 1″, Mr. Church hires the mercenary team to assassinate an Ibero-American dictator with the help of a contact named Sandra. To do this, they must go to a fictional island located between the Gulf of Mexico and South America called ‘Vilena’.

While in “The Expendables 2”, Mr. Church entrusts Barney Ross with a new mission in exchange for an outstanding debt. This consists of recovering a package that was on board a plane that would have crashed near Albania.

Why Sylvester Stallone fired Bruce Willis from ‘The Expendables’