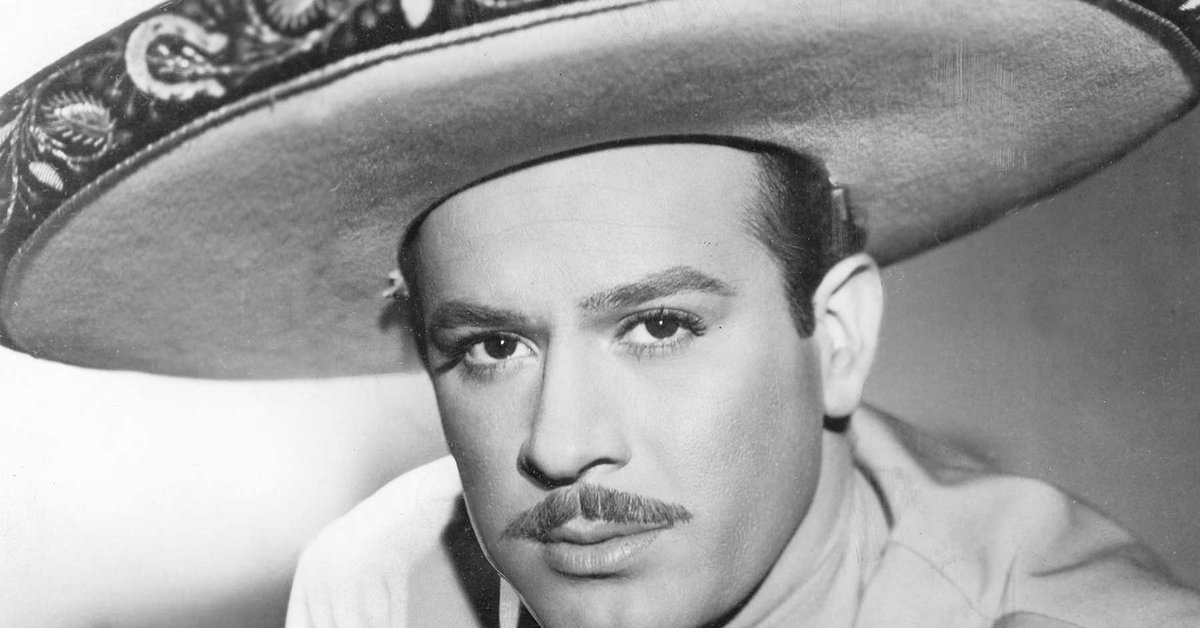 Pedro Infante It is considered the quintessential symbol of Mexican cinema, it is even difficult not to relate the native of Sinaloa with the culture of that country. In his artistic career gathered just over 60 films in total and in all of them he won the affection of the public.

On the other hand, since before it became a great icon of the big screen he had demonstrated his singing skills in previous years. First in his home state and later in Mexico City, where he moved on the advice and recommendation of his first wife, María Luisa León.

In Guamúchil, the town of Sinaloa where Infante grew up, he became famous for his voice and from a young age got small spots inside local radio stations. This increased his popularity a bit among those of his state, since no one denied that he was made for music, among them León, a woman who was 10 years apart from Pedro and who supported his partner’s attempts to stand out in the middle.

María Luisa León was the one who supported Pedro Infante’s artistic career when he was beginning (Photo: YouTube screenshot)

Once they arrived in the capital of the country, Pedro began to have job opportunities in theaters, radio and countless cabarets. Since then the next “Idol of idols” amazed its audience with a charming, friendly and charismatic personality.

In short, Pedro Infante had a great presence, which even caught the attention of people who worked in the cinema, an industry that was still struggling to consolidate in Mexico. According to the journalist and writer Carlos Franco Sodja, the singer was friendly, “sincere, naive, white in all his actions.”

Infante did not hate movies. On the contrary, he was a fervent follower of what was produced in that seventh art. It is said that he was even excited about it and María Luisa noticed it. She was trying to convince him to try his luck if he was doing so well with his music performances in various venues.

The “Idol of Guamúchil” felt that he was far from being a movie star like the greats he saw on the big screen (Photo: File)

However, the so-called “King of the rancheras” rejected that possibility. It wasn’t so much because he felt his place was in music, but because he felt that a film artist was much higher than he could ever be in his life.

Pedro Infante refused any rapprochement with the film world. “I will never see myself in movies. That is for the beautiful, for the elegant and rich, for the handsome and famous. Not for me, I’m a poor devil, little song gacho… For me that of the cinema is like a fairy tale, like visiting the wonderland or the same sky ”, expressed the interpreter, according to Franco Sodja.

This attitude where it showed true Inferiority complex it would be repeated constantly in Infante. Even when he was already an actor with a bit of recognition, there were times when the Guamúchil Idol rejected offers on tapes or refused to work because he felt little among his other colleagues.

On one occasion Sara García had to encourage him so that he could continue with his work, as the actor believed that he was little among his colleagues (Photo: Twitter / @_VicenteFdez)

Happened in The Three Garcia, when on one occasion all the staff asked for help from Sara garcia to get Pedro out of his dressing room because he refused to work. The famous “grandmother of Mexico” ended up finding out that the actor did not want to be in a place where He felt that all his colleagues had more experience and were better than him, since he was a singer, not an actor.

Also Ismael Rodriguez, a film director, had to intercede on more than one occasion for Pedro to accept a role in his films. Such was the case with Black sheep, where the filmmaker confronted Infante with Fernando Soler, considered one of the best performers of those times.

He also refused at first to work with Jorge Negrete, because he felt that the “Charro singer” would easily overshadow him (Photo: Twitter / @limberopulos_)

On that occasion the Sinaloan tried to give up the film because he considered that he would be overshadowed by a great one such as Soler and he did not want to “disappoint the public”. Years later, in 1952, Pedro wanted to leave the cast of Two types of care because I completely believed that Jorge Negrete he was better than him in every way.

Interestingly, Negrete also initially refused to be on the tape. It wasn’t because of arrogance, or anything like that, but because He was afraid of Pedro because he thought he was more talented and popular than he.