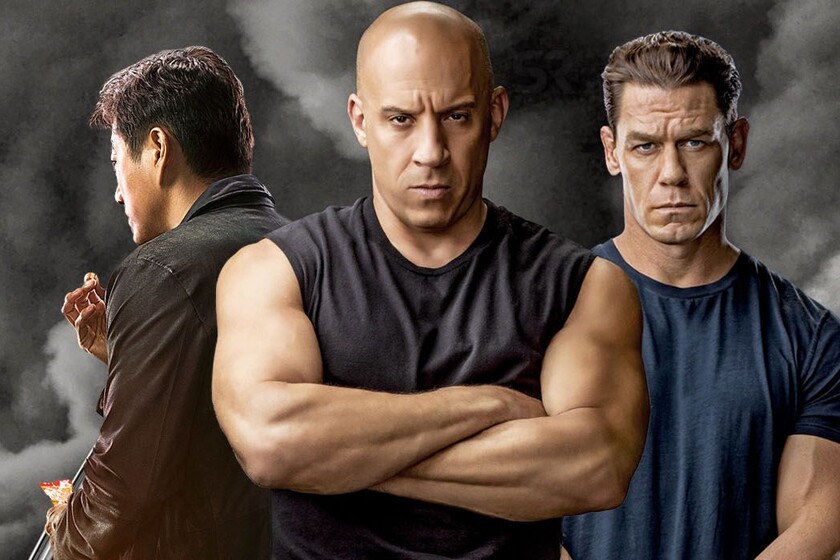 The premiere of ‘Fast & Furious 9’ has brought one of Hollywood’s most popular franchises back to theaters in recent years. In addition, this new installment comes from the hand of Justin Lin, the director who gave new energy to a saga that seemed doomed to lose gas at forced marches and who had given up the director’s chair in the previous two adventures.

Of course, it was Lin himself who with ‘Fast & Furious 6’ planted the seeds of what the franchise has become: a delusional crossing Come in ‘Mission Impossible’ and superhero movies. And the fact is that the family long ago left their human condition behind to become practically indestructible beings capable of the most absurd and complicated pirouettes that anyone can imagine.

The funny thing is that in ‘Fast & Furious’ a change of scriptwriter has been chosen. Instead of Chris Morgan, who had signed all the franchise scripts since the third installment, gives his place to Daniel Casey and Lin himself. In terms of courage when daring to do anything to entertain the viewer, the change is barely perceived, although in other details certain changes are noticeable.

The most striking is the use of flashbacks to investigate Toretto’s past, both in the way Lin filmed it and in the search for a stronger dramatic element, disconnected from the usual excesses of the saga to try to give him the possible background to the sibling rivalry of the characters portrayed by Vin Diesel and John Cena.

The show above all


Obviously, that dramatic momentum loses strength in the present, where the show must always be in the forefront, be it to see Helen Mirren on the run after committing a robbery or for a crazy special trip, but he never disappears from the background either. Nor would there be a movie without him, being fair to admit that on that side, ‘Fast & Furious 9’ ends up feeling more like an intermediate stage than a mission actually completed by the protagonist family.

How do you prevent that from turning against you? Taking to the extreme his tendency to improvise on the fly so that the saga finishes taking the step between anything goes and anything can happen. There is even a time when Roman (Tyrese Gibson) ponders the possibility of little less than actually being a superhero by simply continuing as if nothing had happened after having done such nonsense that they should have all died at least three times.

This is something that carries over so much into the story itself – that lust for world domination goes even beyond the most egomaniacal villain in the universe. James Bond– to the action scenes themselves, where the laws of physics lose weight to the benefit of any madness that may occur to the screenwriter at that moment, such as Toretto’s way of crossing the “bridge” during the first minutes of the film.

With the insane as a flag


This is something that will be constantly maintained throughout the footage, achieving a more balanced treatment of the characters along the way. the previous delivery, where Diesel had an excessive presence and ends up wearing out the interest of the film. Here is still the star, but there is more space for the restIt is also the delivery where the female characters receive the best treatment, something that had already been improved with the passage of the films.

Nor do I forget that humor is well integrated, giving it certain nuances of self-awareness that feel like a fable. Of course, it is fair to emphasize that on that side it is Nathalie Emmanuel the one that shines the most when it comes time to drive, without that being his specialty at all.

For the rest, all the long-distance protagonists know very well what the film requires of them without falling into the error of letting go, while Cena works mainly well in opposition to Diesel, while everything related to the return of Sung Kang | it fits more for the promise of what it could end up giving than for what we see in ‘Fast & Furious 9’.


Having said all this, what really matters in the present case is that yes, the script uses several common places to build enemies and solutions to avoid the dangers of the suggestions of a drunk on the verge of an alcoholic coma, but it is that it goes at all times like a shot without falling anywhere. More like that.